With the announcement, India has joined the race for producing the next big energy source 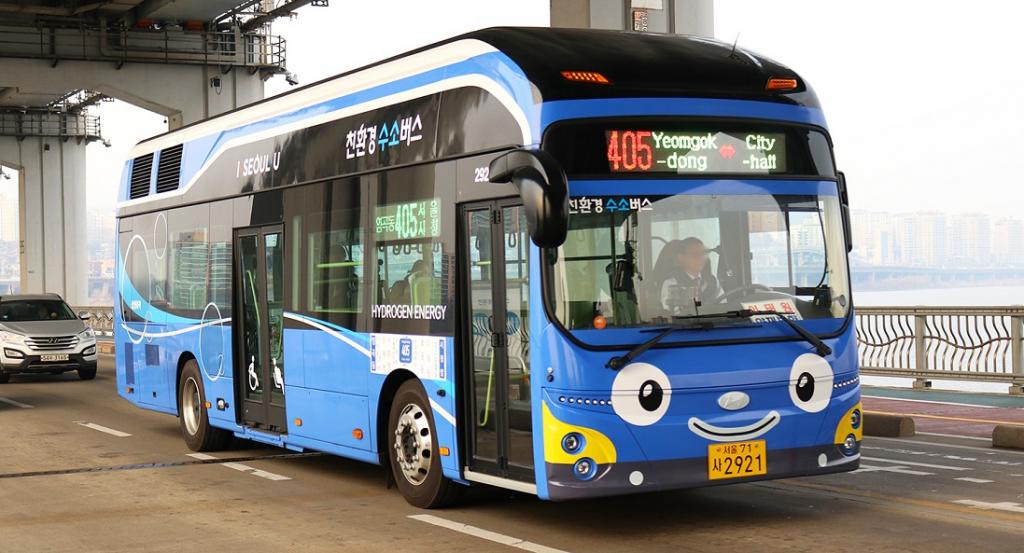 Hydrogen technologies are the next big thing. This is a hydrogen fuel-powered bus in Seoul, South Korea. Photo: Wikimedia Commons

Union Minister for Finance Nirmala Sitharaman announced that the Hydrogen Energy Mission will be launched in 2021-22, during her budget speech February 1, 2021.

“Green Hydrogen Mission is not only essential to decarbonise heavy industries like steel and cement, it also holds the key to clean electric mobility that doesn’t depend on rare minerals,” Ulka Kelkar, director, Climate, World Resources Institute, India, told Down To Earth.

Moreover, the hydrogen that the minister talked about was to be generated from green sources.

“Hydrogen can be generated from many sources. But what the minister talked about was the hydrogen sources from renewable sources,” Samrat Sengupta, director, Climate Change and Renewable Energy programme, Centre for Science and Environment, a Delhi-based non-profit, said.

The emphasis on hydrogen in the budget was in line with the technological development in the global north and with a long-term vision towards reduced dependency on minerals and rare-earth element-based battery as energy storage, Sengupta added.

Hydrogen energy technologies across the world have still not become commercially viable, but the energy source is seen as the next big thing as its usage would lead to zero emissions. With the announcement February 1, India has officially joined the race.

“Green hydrogen, produced with renewable electricity, is projected to grow rapidly in the coming years. Many ongoing and planned projects point in this direction. Hydrogen from renewable power is technically viable today and is quickly approaching economic competitiveness,” a 2019 document titled, Hydrogen: A Renewable Energy Perspective by the International Renewable Energy Agency had said.

“The rising interest in this supply option is driven by the falling costs of renewable power and by systems integration challenges due to rising shares of variable renewable power supply. The focus is on deployment and learning-by-doing to reduce electrolyser costs and supply chain logistics. This will require funding. Policy makers should also consider how to create legislative frameworks that facilitate hydrogen-based sector coupling,” it added.

Focussing on the production of green hydrogen in India would mean significantly ramping up the current renewable energy infrastructure across the country, according to experts.

“Green hydrogen energy is vital for India to meet its Nationally Determined Contributions and ensure regional and national energy security, access and availability. Hydrogen can act as an energy storage option, which would be essential to meet intermittencies (of renewable energy) in the future,” Pawan Mulukutla, director, Electric mobility programme, World Resources Institute, India.

Given the range of ways that green hydrogen energy could be produced and used, it allowed the formation of a circular economy, which primarily focussed on ensuring energy security, by utilisation of all the resources possible, Mulukutla added.

However, green hydrogen energy technologies come with their own problems.

“In terms of reaching commercial viability, there are a range of demonstration and real-world live applications currently operating across the world,” Mulukutla said.

He cited the example of a recently opened 8.2-tonne green hydrogen-per-day plant in Quebec, Canada, that will be used for green mobility and heavy industries in the surrounding area. He also cited H21 in the UK.

“In terms of challenges to green hydrogen specifically, cost of renewable electricity is the major problem. Public investments need to strategised and channelled well,” Mulukutla said.