‘The world doesn’t need a treaty on plastic waste reduction’

UNEP chief Erik Solheim, during his visit to India, the global host for World Environment Day, says unlike climate change, plastic waste can be tackled without treaties and targets 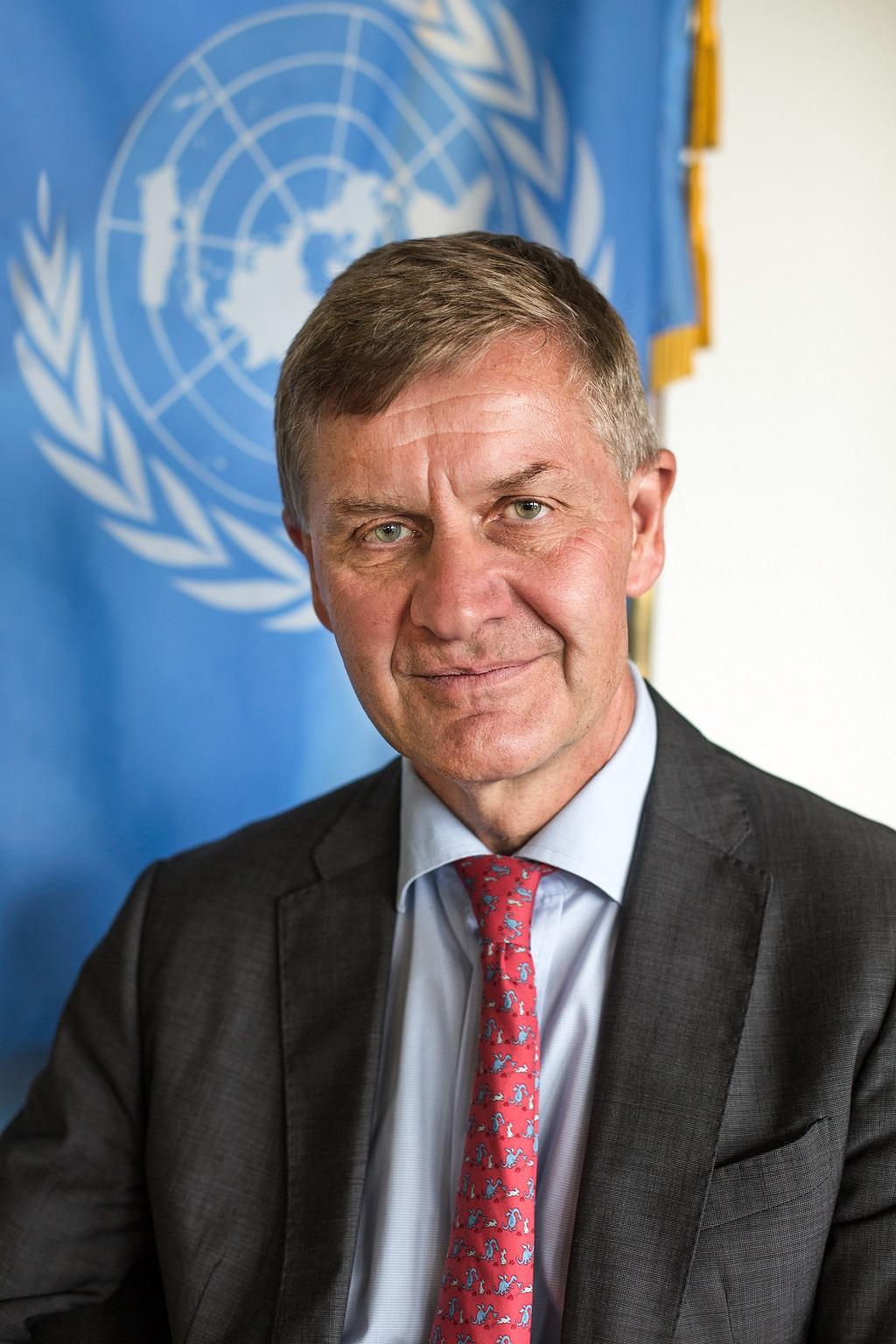 Erik Solheim, UNEP chief, talks to Down To Earth, hours before he was going to attend the main event in New Delhi with Prime Minister Narendra Modi. Credit: United Nations

India is the global host for this year’s World Environment Day, which is themed ‘Beat Plastic Pollution’. And for that, Erik Solheim, chief of United Nations Environment Programme (UNEP), is in India from May 31 and went to different Indian cities to promote environment-friendly initiatives. Hours before he was going to attend the main event in New Delhi with Prime Minister Narendra Modi, Down To Earth caught up with him on issues like plastics and others that concern India. Excerpts from the conversation:

Q. By 2050, our oceans will have more plastics than fishes, said a report released at the last World Economic Forum. The same report says a truck of plastic is dumped in our oceans every minute. Although we have put plastic back on global agenda, but don’t you think the world was almost caught unawares as the menace surfaced?

A. Plastic, till few years ago, was considered very good, very sweet and very nice, almost a miracle material. It is still so, if properly reused. It is true that we started too late but the plastic production saw a spurt only in the last 10 years. The growth was not that phenomenal 15 years ago. So, at least we have started. In the last couple of years, we have brought the issue to the global forefront.

Q. As of now, we merely have a UN resolution that ‘urges’ all nations to step up efforts to reduce marine pollution (by plastics) by 2025. There are no reduction targets and no intermittent deadlines. A couple of nations have even rejected the resolution. Why couldn’t UN get all of this done?

A. We need to build a momentum for change. We need to bring citizens on board for that. Many countries have banned the use of single-use plastic like plastic straws, plastic bags etc. The European Union has done it, and so has Australia. We have to push governments to prohibit what they don’t need.

Q. We still don’t have a global legal treaty for plastic reduction like we have for carbon emissions. Do you feel a need for it in the immediate or near future?

We will see after some time. At present, what we need is an exchange of best practices between countries. We don’t require legal treaty as of now. We have to wait for that.

Q. Despite the fact that 381 million tonnes of plastic is produced globally every year and only 5%-9% is recycled, we don’t need plastic reduction targets for future like we have for carbon emission to tackle climate change?

A. Climate pollution is invisible. You can’t sense it because it has no taste and, therefore, you need a global mechanism. Plastic pollution is harming yourself. People are much more likely to act even without treaties and targets.

Q. China, in January this year, banned the import of plastic for recycling. This almost shook the world because it was the biggest recycler with almost all developed countries dumping their waste there. Your message to these countries now?

A. What China did was absolutely right. It had all the recycling facilities available but it took this decision in the interest of the health of its people. The developed countries now must come up with their own programmes to clean their waste. Europe and other nations, which used to send waste to China, need to find their own solutions. The developed nations have the best resources to create circular economy and they should do it. It is prudent for them, economically too, because if they set up recycling plants, it will create jobs there too.

Q. What you said has always been accepted good in theory. Can UN actually push so that the developed countries act upon your message?

A. Some people are irritated because they don’t want to change. As a UN body, we strongly advocate that developed countries must design their programmes for plastic waste recycling. We can help in exchange of technologies. We can help nations with systems. China has sent a message loud and clear. As a UN body, we will try to amplify that message.

Q. Many reports suggest that Southeast Asian nations, including Vietnam, Thailand, Malaysia and even India, are now becoming dump yards; something which China used to be earlier…

A. They should refuse to build up an industry out of other people’s use. Besides making their own countries dirty, it will lead to a backdoor market as well. All these countries now need to tighten their laws so that illegal trade of waste is prevented.

Q. A brand audit, conducted in India to see products of which companies are littered the most, found big multi-national companies at fault. Do you think big business houses can still be integrated in tackling the plastic menace?

A. Every business needs to apply the end-user principle. They should be held responsible for the lifetime of the product and its recycling. While laws have to be enforced by the governments, we want to work with businesses for assistance in inducing change.

Q. So what will work for these businesses? Laws or dialogue

A. You need a mix and match of both. If businesses don’t play balls, you go to their headquarters, dump plastics there… tell them you need to change. This is what they dread the most, the bad publicity. Still, if one brand refuses to change and its rival does, as a customer, prefer latter over former.

Q. Yesterday (on June 4), in your presence, the Indian government committed to make its 100 monuments litter free. Sounds good, but what about the Plastic Waste Management Rules? The extended producer responsibility document still does not talk about recycling targets for companies despite being amended in March. What do you have to say about the plastic laws of the nation hosting the WED this year?

A. I don’t know the specifics of the laws. Citizens have to act and if government does not listen, you can get strict regulations for future in this manner.

Q. Last week, you said that police should not have fired at people protesting against a copper smelting plant in Thoothukudi. How do you measure India’s response to the aftermath of the incident?

A. I don’t have the specific knowledge about the pollution levels of the plant. So I can’t comment on India’s response to the aftermath. But one thing is for sure that police should not have opened fire at protestors even if they had turned violent. We think the Tamil Nadu government must ensure that it is not repeated in the future.

Q. India stood 177th among 180 nations in environment performance rankings, released by the universities of Yale and Columbia last year. On the other hand, India is now the largest growing economy in the world. How do you reconcile the two facts?

A. It comes from a false debate in India that in order to develop you need to pollute. And, one is asked to choose between development and environment. No such choice can be made actually. Both should be seen as one, at least in the future.