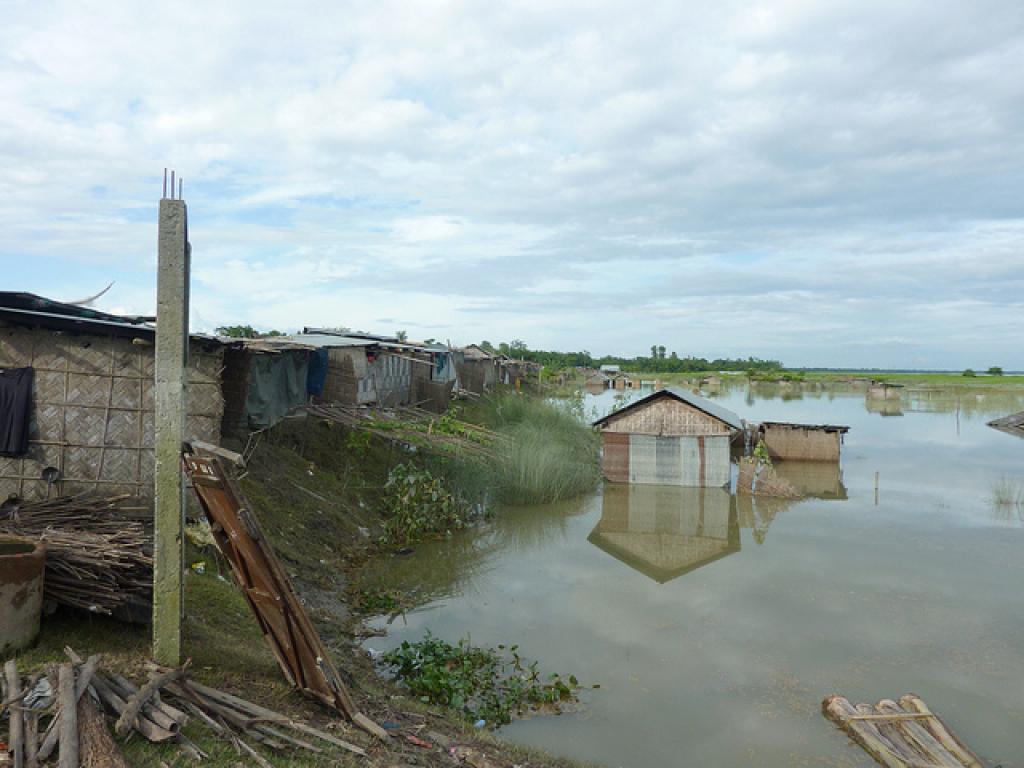 The North-eastern states may suffer from another bout of floods owing to the incessant rain forecasted for the next few days till September 13. In a press release, the Indian Meteorological Department (IMD) has predicted that heavy to very heavy rain with isolated instances of extremely heavy rainfall may occur in Assam, Meghalaya, Arunachal Pradesh, Sub Himalayan West Bengal and Sikkim. Nagaland, Mizoram, Manipur and Tripura may also receive heavy to very heavy rainfall in the same period, the IMD predicted.

This situation has arisen because of changes in the orientation of the monsoon trough—a low pressure belt formed over land or sea owing to the sun’s heat that pulls winds which bring rainfall during the monsoon season—over Eastern Bihar and west-central West Bengal, the IMD said. It also predicted the flow of the southerly/south westerly winds carrying moisture and rain from the Bay of Bengal into the North-eEastern region.

Earlier the Central Water Commission (CWC), India’s only flood forecasting organisation, had issued flash flood alerts in many districts of Nagaland, Mizoram, Manipur and Tripura. It had also warned of the increasing water levels in the Brahmaputra and Barak rivers and their tributaries which could cause floods in the states they flow through in the event of more rainfall. The CWC has announced a ‘severe flood situation’ in the Golaghat and Jorhat districts and ‘above normal flood situation’ in Barpeta, Dhubri and Sonitpur districts of Assam. East Siang district of Arunachal Pradesh is also under an ‘above normal flood situation’.

Before the current situation, on August 31, many districts of Assam and Arunachal Pradesh like Dhemaji and East Siang had been flooded due to water being released by dams and reservoirs in China. China had to release water from the Tsangpo River because of the highest rainfall the region has received in the last 50 years.

Nagaland is already reeling under floods due to 21 heavy to very heavy rainfall events in the state in the past three months. As many as Twelve people have died in these floods while 3,000 families across 400 villages have been displaced. The state’s seasonal rainfall deficit has come down by 16 per cent in the past 10 days. “Though the flood waters have receded in many districts, Kiphire district and parts of Tuensang district still remain cut off from the rest of the state. Rebuilding roads in these areas has been a difficult job for the authorities because of continuous rainfall and hilly terrain,” Rendemo Shitio, the state emergency response officer at the Nagaland State Disaster Management Authority (NSDMA), told Down to Earth.

The situation is such that essential supplies in these districts are running very low. Kiphire, Tuensang and Phek were the worst affected districts in the floods. While Tuensang normally receives no rainfall at this time of the season and received 14 mm rainfall on September 10, Kiphire still has a high rainfall deficit of 61 per cent.

The situation in Nagaland was very severe in July. One example of that: “In Phek district, on July 27, owing to incessant rains a major landslip caused a huge amount of debris to clog the Sidzu River and an artificial dam was formed stretching to more than 1 km. This dam could have burst at any moment which would have caused massive damage to the downstream villages both in Nagaland and Assam. The State Disaster Response Force (SDRF) was pressed into duty and the area was declared safe on the July 31 after the water started spilling out in small amounts lessening the pressure on the artificial dam,” said the state home department in a release.