The cause of the leakage is believed to be overheating, according to media reports; no casualties reported 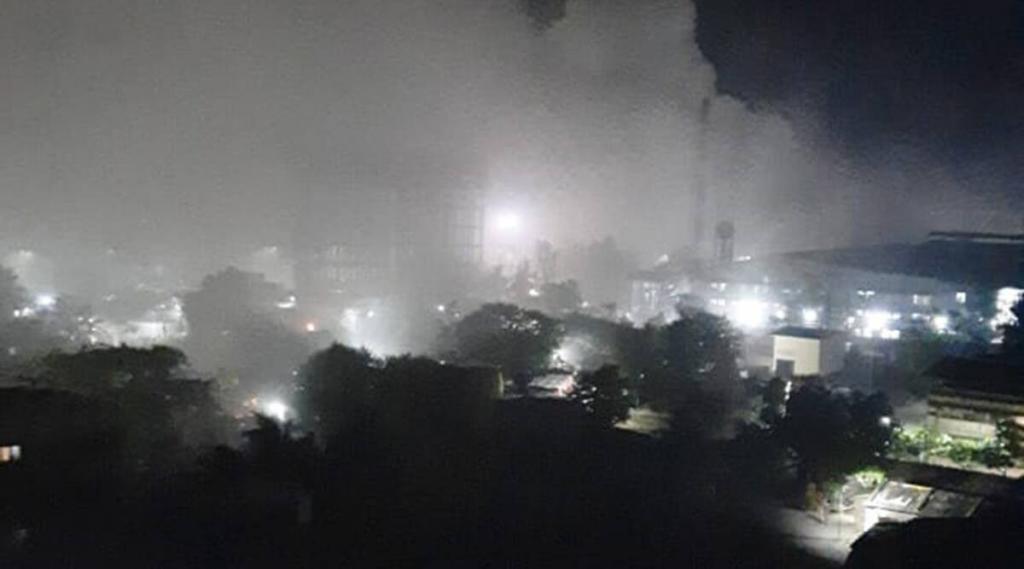 A gas leak from a chemical factory in Badlapaur in Maharashtra’s Thane district triggered panic late June 4, 2021 night. No casualties have been reported so far.

The incident, according to media reports, took place around 10:20 pm at Nobel Intermediates Pvt in Aptewadi area in the district. The cause of the leakage is believed to be overheating, according to reports.

#WATCH | A gas leak from a factory in Maharashtra's Badlapur was reported at around 10:22 pm on Thursday. People in the area were having trouble breathing. Fire brigade stopped the leak at 11:24 pm. The situation is under control. No one injured: Thane Municipal Corporation pic.twitter.com/djdZY77DAE

The fire brigade rushed to the factory and stopped the leakage at around 11:24 pm. While no casualties were reported, people living in the vicinity complained of irritaion in eyes and troubled breathing.

News agency ANI reported a resident in Badlapur saying: “I, along with my other colleagues, was working in a nearby factory. Suddenly, we started having problems in breathing. Later, we got to know that there was a gas leak in a factory in the area.”

The police warned locals to stay indoors for a couple of hours. The situation, according to officials, is under control now.