Building a forest in the heart of Karachi

The Japanese method of mimicking nature, and growing forests in the heart of the city, is being picked up in Pakistan, India and elsewhere as a way to combat the rising heat that is strangling 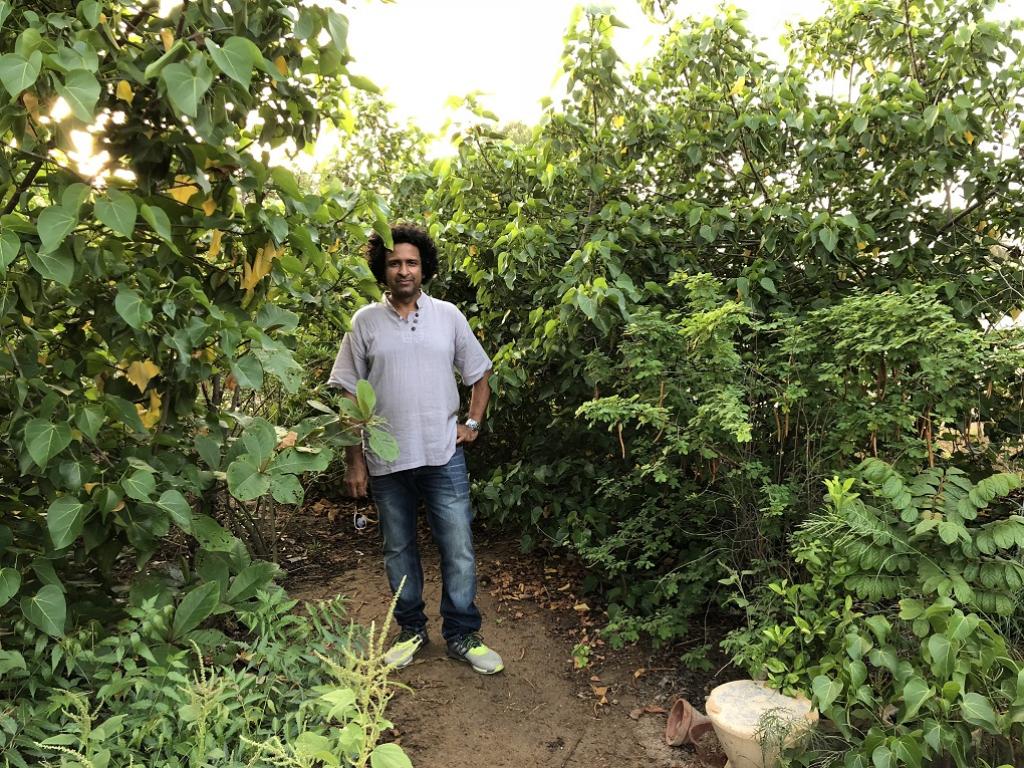 As temperatures rise globally, and urbanisation pushes people into concretised spaces, cities are struggling to deal with the negative health impacts. These include not just increased discomfort and exhaustion but respiratory problems, headaches, heat stroke, and even heat-related mortality. The last is a fresh memory for the residents of Karachi, Pakistan’s largest city, due to the heatwave of 2015 which killed over 1,200 people.

Rafi ul Haq, a member of the Horticultural Society of Pakistan, said that the vanished trees and vegetation have decreased evapotranspiration – or the “natural cooling effects of shading and evaporation of water from soil and leaves”.

From drastic and more expensive steps like coating roads with a light grey seal, to greening rooftops or putting up solar panels or painting the existing roofs white, city governments are coming up with a raft of policy decisions to bring down the temperature. But a simpler step might be simply to revive the forests.

Shahzad Qureshi, a young entrepreneur heading Urban Forest, has already grown a small forest in Karachi, showing that it is something that can be done. 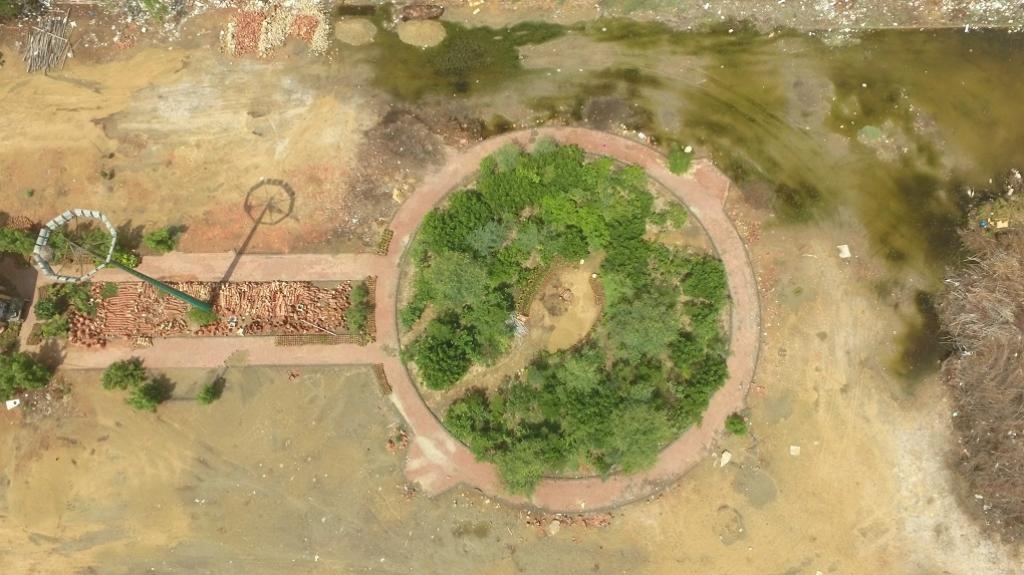 Haq seconded the support. “Trees and vegetation are most useful as a mitigation strategy when planted in strategic locations around buildings or to shade pavement in parking lots and on streets,” he said. “Evapotranspiration, alone or in combination with shading, can help reduce peak summer temperatures by 1–5°C.”

When I stepped inside the 400 square metres of the concentric patch of trees, all local varieties, there was a visible temperature difference. Qureshi claims it to be a good 4 to 5 C degrees cooler inside the wooded haven than the periphery which is a huge unshaded tract of land in the residential colony of Clifton. The loud and constant chirping of birds drowns the distant screeching vehicles. 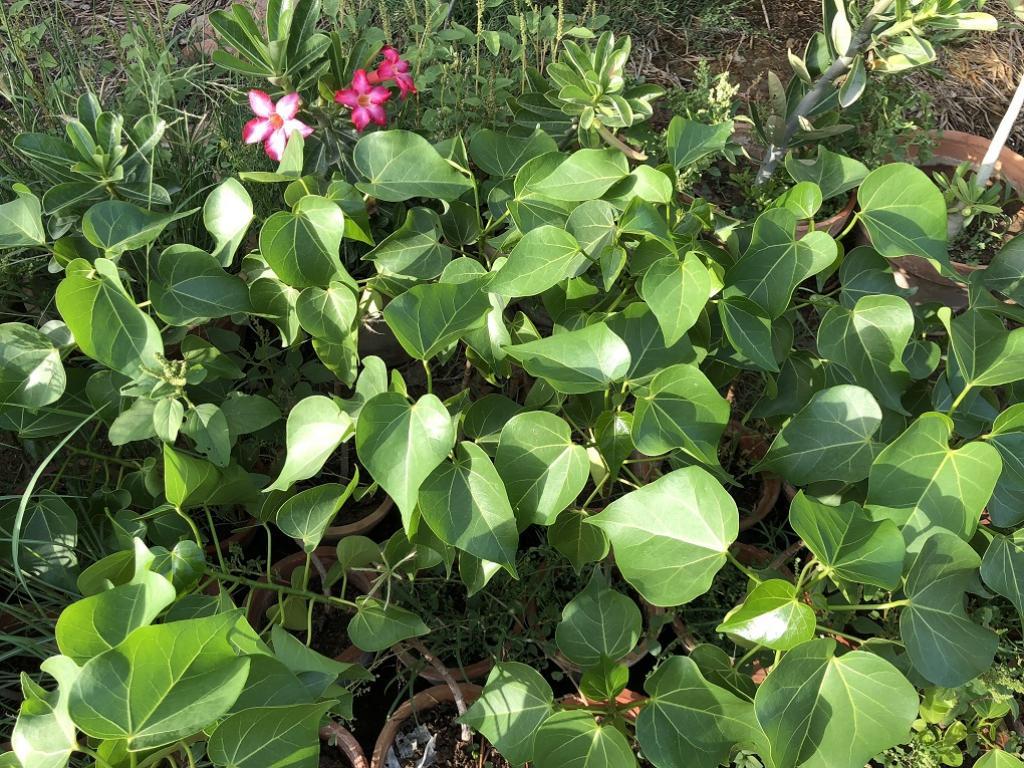 In fact, if he had his way, he would convert all the parks and all open spaces in the port city of Karachi into urban forests. Even if Karachi is able to grow 25 urban forests, he said, it would be able to get rid of terrible urban heat island (UHI) effect – an urban area that is significantly hotter than surrounding rural areas due to human activity.

Abbas explained the science behind UHI. “Due to human interventions within an urban landscape, the landscape absorbs more and reflects less heat during the sunshine hours (aka the short wave radiation) and then at night, releases the additional heat back into the environment (aka the long wave radiation).” As a consequence, he said, the urban area feels warmer than its surroundings both during the day and at night.

Even air quality can exacerbate the UHI effect, pointed out Abid Omar, who works with the Pakistan Air Quality Initiative (PAQI). PAQI provides air quality data to inform citizens. According to Omar an increase in greenhouse gases raises the temperature by radiative forcing. “Radiative forcing means that the energy that is normally reflected back to space stays trapped within the atmosphere by the accumulation of air pollution and greenhouse cases and causes the temperature to go up.”

To reduce the impact, he said, cities can plan “green zones” by increasing the number of parks and trees.

Qureshi was not always a green trooper. Three years ago all he was concerned with was that his newly opened spa, named “Raintree”, inside a high-end mall should give the “rainforest” effect. “I bought beautiful fancy palms, had rivulets built and the place smelled as if you’d stepped inside a spa in Thailand,” he said, sheepishly.

The heatwave of June 2015 was the watershed moment for Qureshi, although a six-minute Ted Talk by founder and director of Afforestt, Bangalore-based Shubhendu Sharma in 2014, had sown the first seed. Sharma’s company provides service for “creating natural, wild, maintenance free, native” forests. “The heatwave just mobilised me into action,” said Qureshi.

He already had his eyes set on the park, which at that time was nothing more than a “garbage dumping ground”. He went a few times to the Parks Department and his persistence convinced the director to give permission to use the park for his “experiment” but only if he did not ask them for any resources.

During this time, Qureshi was also holding continuous discussions with Bangalore-based Sharma. When he finally got the land, Qureshi invited Sharma over to Pakistan and the latter helped him design this urban forest.

Sharma, an industrial engineer, was inspired by the Japanese botanist Akira Miyawaki’s method of afforestation. He met Miyawaki in 2008 in Bangalore, when he was working at Toyota. The Japanese forester had come to the site to plant a forest at the factory. “We made a forest in our Toyota factory in June 2009,” he recalled. By 2011, Sharma had quit his job to go into creating forests.

Miyawaki’s technique makes the trees grow ten times faster than in nature, creating a self-sustaining forest within two to three years. Afforestt has already created 113 forests in 38 cities in nine countries. “We get photos from individuals from all across the world – Ireland, France, Kenya, Australia, France – showing fully matured forests.” Recently they have been tasked with creating 100 urban woods in the Netherlands.

He says while a forest typically takes a hundred years to mature, the one he creates grows 10 times faster, is 30 times as dense and 100 times more biodiverse.

“The biggest lesson I learnt working as an engineer was documentation. Our strength has been our robust and updated documentation. We have also improved on our methodology as we learn more and delve into diverse geographic areas.”

In Rajasthan, which he said had “dead” soil, they introduced microorganisms artificially while creating a strip of forest there in 2016. Sharma said that based on their Rajasthan experience they carried out newer interventions in Lahore in 2017. “The forest there is growing much faster than the one in Karachi.” 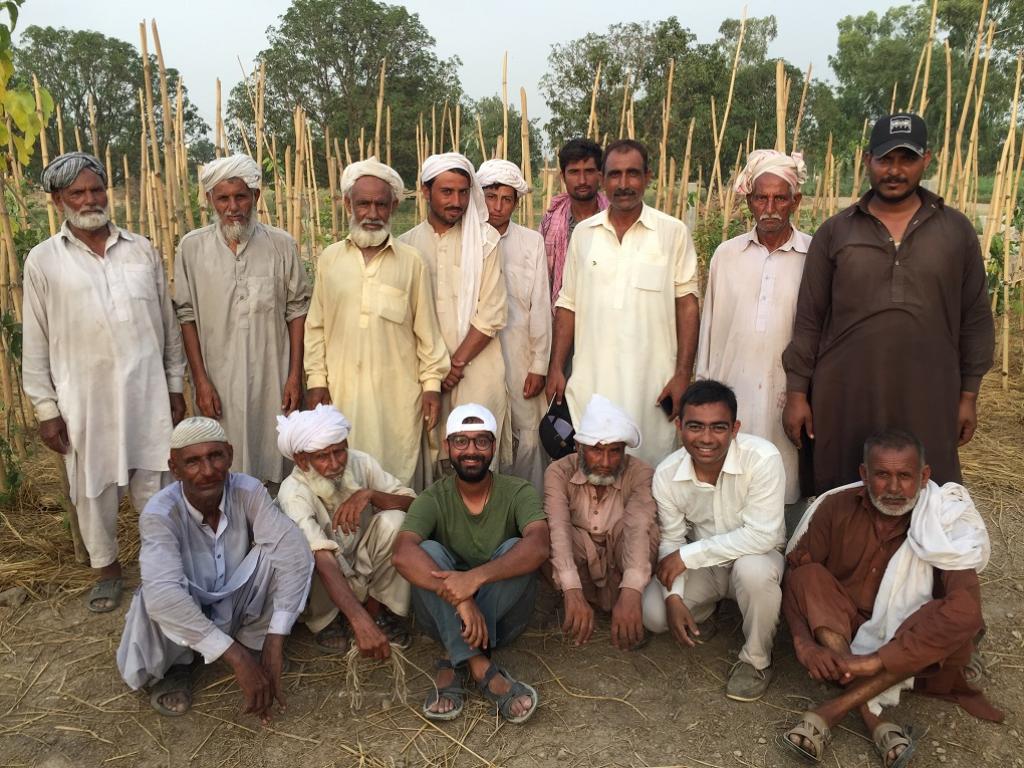 How the forest is made

Now almost three years old, Qureshi’s forest has 1,200 trees, some as tall as 25 feet (7.62 metres). For a 100 square meter patch, says Qureshi, the rule is to plant between 320 to 350 saplings comprising a mix of trees and shrubs of native varieties very closely.

Soil preparation requires mixing bagasse, rice husk and cow manure in fixed proportions. Anywhere between 3 to 5 litres of water per square metre per day is required for the first three years and de-weeding in the first year. Any kind of chemical, fertiliser or pesticide is a strict no-no.

These green patches require little human intervention after the initial groundwork of planting saplings of different varieties close to each other. “When you grow saplings in close proximity, they draw vital nutrients from the each other and become strong and healthy, they live like a society would, often like a family,” explained Sharma, adding, “These forests require minimum care, commitment and knowledge.” In a few more months, Qureshi plans to leave the forest to fend for itself. 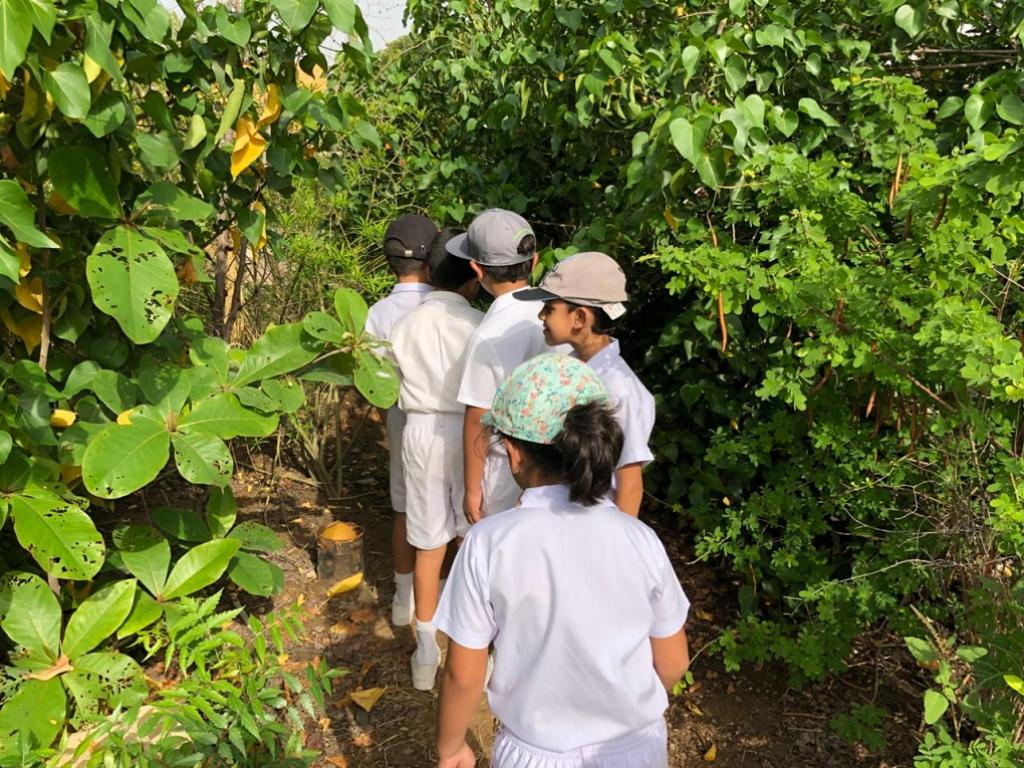 But is creating forests across the city enough?

Urban planner Farhan Anwar says while growing vegetation may be a good first step, unplanned inner city densification and human dependence on activities generating greenhouse gases – such as carbon and refrigeration gases need to be taken into account.

“We need to look into unplanned vertical growth so that built spaces do not result in trapping gases,” he warned adding: With the enactment of the Sindh high density development act, he is worried, more and more vertical development is expected.

“Tall buildings, narrow streets,” warned Rafi ul Haq, saying it was a perfect formula for trapping hot air, undermining the breathing space that forests would give.