More than a dozen organizations from the hill state have come together to highlight dangers of climate change, exacerbated by exploitation of land, forests and water 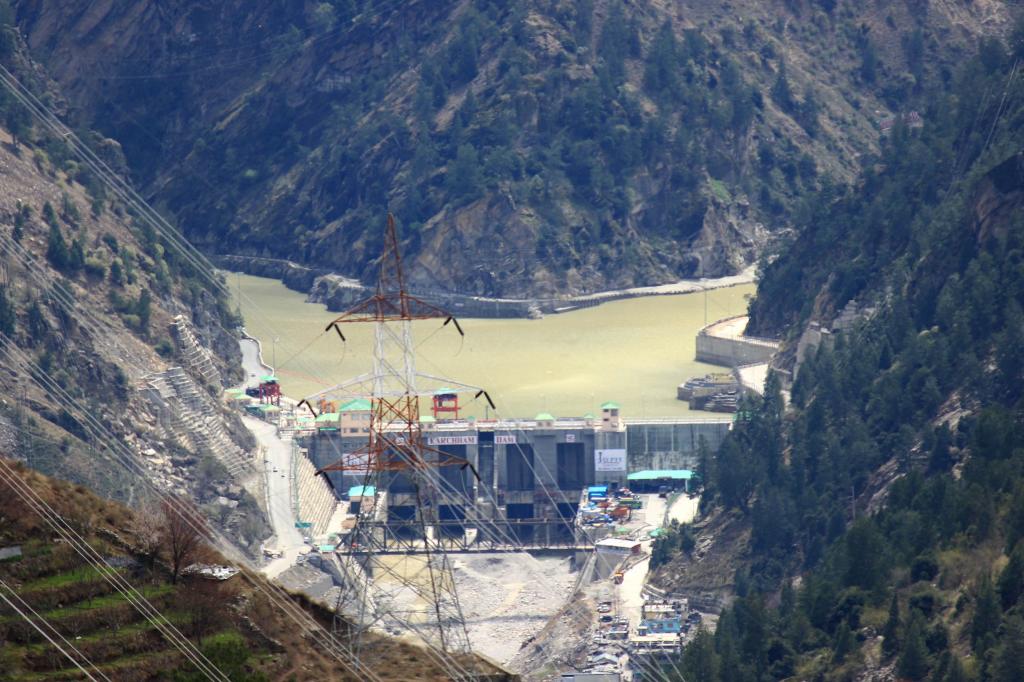 The glacial disaster in Uttarakhand’s Chamoli district has a strong message for the neighbouring state of Himachal Pradesh, which has a similar geography, topography and climate: To rethink the model of development being followed, particularly with regard to the exploitation of its hydroelectric potential.

Activists, civil society organisations and citizens have flagged this issue time and again. The disaster has led to a renewed call for the same once again.

More than a dozen organizations, shortly after the flash floods of Febraury 7, 2021, came out with a statement to highlight the precarious situation in the hill state:

“Let us acknowledge that these climatic changes, be it erratic rainfall or de-glaciation due to increased warming are not any natural phenomena. These are caused and exacerbated by several anthropogenic factors, the biggest being the rapid exploitation of land, water and forests and the emission of greenhouse gases in the atmosphere given the highly polluting nature of ‘development’worldwide. This crisis is adversely affecting the poorest of communities, living in frontier regions like the mountains and coasts. Scarcities of water, changing agricultural patterns and deforestation have grossly impacted farmers, forest dependent indigenous people and the urban poor.”

The high altitudes of the Himalayas have been recognised, since time immemorial, with harsh climatic conditions and floods. But in recent decades, these ecologically and geologically fragile and sensitive terrains have become even more vulnerable to changing climatic patterns.

Himachal has seen projects of 10,000 megawatts (MW) being executed, which was around 50 per cent of the planned potential to be exploited, Manshi Asher of Himdhara Collective told Down to Earth.

“Barring the Chenab, Tirthan and the uppermost reaches of Sutlej, every river has projects under construction. The hydrological system stands deeply disturbed.”  The land use stands changed with large-scale deforestation and landslides.

“According to the State Disaster Management Authority, most of Himachal’s hydropower projects in operation or under construction fall in areas highly vulnerable to various hazards like landslides and floods. The Avay Shukla Committee report presented to the Shimla High Court in 2011 had recommended a moratorium on new hydropower projects for this reason. But the state government dismissed the report completely.”

The signatories pointed to a study by University of Potsdam, Germany, which analysed 273 hydropower projects in the Himalayas in India, Nepal and Bhutan and found that about a quarter of them were likely to face severe damage from quake-triggered landslides.

They alleged that lack of adequate and thorough scientific planning and shoddy impact-assessment studies were approved by Expert Appraisal Committees. Once clearances are granted, non-compliance of environmental norms and social accountability laws become rampant. There is a lack of safety monitoring and lives of workers and people of affected villages are put at stake.

“The unbridled execution of hydroprojects has to stop. One can see on the ground how corporate tactics are used to expedite these projects. The latest technique adopted by power companies to blackmail authorities of abandoning the project to put them under pressure. On the other side, no one is bothered about the social impact of these projects,” said Digvijay Singh Negi, who has been active in grassroots politics in Kinnaur.

He has witnessed the impact of hydroprojects in the ecologically fragile district for more than two decades. He added the compulsory forestation in lieu of chopping of trees has to be properly monitored by independent agencies.

The organizations, in the statement, posed the question: “Have we ever heard of an environment clearance of a dam being cancelled because of non-compliance? Diminishing space for democratic public participation in decision making processes has further worsened the situation in the past few years. What is worse is the central government, despite the obvious hazards associated with large hydropower projects, has in 2019 classified projects above 25 MW as ‘renewable’, which will be able to avail subsidies and the power produced by these will be subject to obligatory purchase norms.”

The Himdhara Collective in 2017 had released an exhaustive report titled Dried and Dusted on the state of rivers in Himachal Pradesh.

It had identified climate change and glacial melt as an over-arching threat to the river basins. It said until a larger policy change occurred, there was a little hope to save the Himalayan rivers.

The report stated: “For immediate action however, there are certain policy initiatives that could yield some benefits:  Some of the smaller streams and tributaries of the major river basins need to be marked for their fragility, not just from a single view point, but because they support ecological diversity and livelihoods.”

It was also suggested that high altitude regions that are ecologically fragile and more at risk due to climatic variations should also be declared as eco-sensitive zones and no-go for major construction activity.

“According to the recommendations of the Avay Shukla Committee report submitted to the Shimla High Court, there has to be a restriction on projects that are of 7,000 feet or above,” the report said.

Meanwhile, the Supreme Court February 15 gave a go-ahead to 605 developmental projects for the state involving an area of 685.58 hectares that had been hanging fire for want of Forest Conservation Act (FCA) and Forest Rights Act (FRA) clearances. These approvals also pertain to four hydro projects including the Dhaulasidh project in Hamirpur district.