Cyclone Yaas is predicted to strike Bengal, which is recording 20,000 COVID-19 cases daily, on May 26 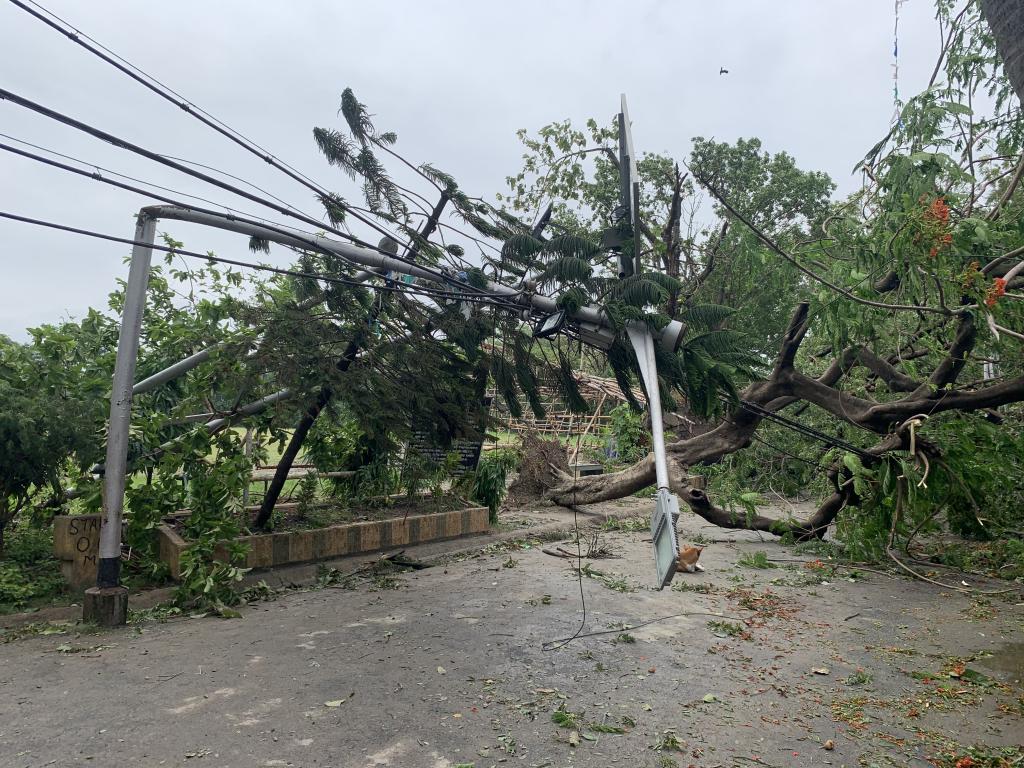 A scene from a Kolkata street after the Cyclone Amphan in 2020.

West Bengal is planning to at least double the number of disaster shelters in its south districts, which may bear the biggest brunt of the upcoming Cyclone Yaas, to minismise the risk of contagion, said a state government official.

The cyclone is expected to strike the coasts of West Bengal and Odisha on May 26 morning, India Meteorology Department (IMD), Kolkata said Thursday.

West Bengal is recording close to 20,000 cases of the novel coronavirus disease (COVID-19) per day at present, according to state health bulletins. Some of the areas at high risk of devastation by the cyclone are also those with the biggest case burden. These include: Kolkata, South 24 Paraganas, North 24 Paraganas, and East Midnapur.

Senior officials of these districts and adjoining areas have been put on alert.

The state- and district-level bodies met several times since Wednesday to brace for a May cyclone amid the pandemic the second year in a row.

“We should combat this cyclone (if it comes) in the manner we did during Cyclone Amphan last year,” said chief minister Mamata Banerjee during an emergency meeting.

She asked district officials to evacuate people as required but also use masks and santisers throughout the relief work, and keep shelters sanitised. “Send sanitisers and masks beforehand, if required.”

Guidelines chalked out during the meeting include:

The Sunderban delta in the district faced the harshest impacts of past cyclones like Aila (2009), Bulbul (2019) and Amphan (2020). The district irrigation department was asked to strengthen vulnerable embankments, plan for evacuation and quick repair of possible damages.

We have decided to keep less than 50 per cent of the usual number of people in the shelters keeping the pandemic and COVID-19 protocols in mind. We have added 250 shelters in the district to the existing 115. Close to 300,000 people might have to be evacuated to these shelters like during Amphan.

The disaster shelters will also be equipped with oxygen and medical support as much as possible, the official added.

The caseload in the district is also much higher (8,197) than during Cyclone Amphan last year (66).

“But we are well prepared for the situation through constant coordination,” said Bankim Hazra, Union Minister of State for Sundarban Affairs and Development.

A low-pressure area is very likely to form over north Andaman sea and adjoining east central Bay of Bengal around May 22, said IMD. “It is predicted to intensify into a cyclonic storm by May 24, before striking on May 26 morning,” said G K Das, IMD regional head, on Thursday.

He added it was too early to pinpoint a landfall point and wind speeds of Cyclone Yaas.

But Sunitha Devi, a cyclone specialist at IMD, did not rule out “Cyclone Amphan-like intensification”. She, however, added that the fast speed at which the storm system is moving at present would restrict intensification.

The cyclone may also move towards the Sunderbans in Bangladesh and cause significant damage, said Bangladesh weather expert Abdur Rahman Khan, although it is too early to confirm. Cyclone Amphan and Cyclone Bulbul had both entered Bangladesh after hitting the Indian Sunderbans.