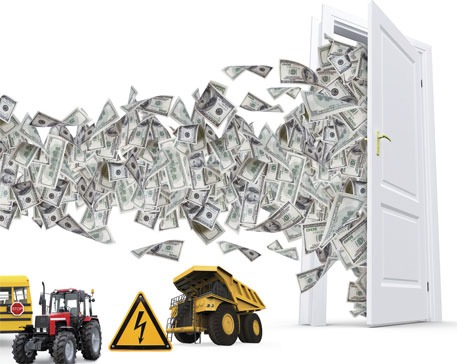 ENVIRONMENTALISTS AND human rights campaigners have sounded the alarm about radical plans to ease conditions for World Bank loans. This will make available more than $50 billion of public money a year to large power, mining, transport and farming projects. Leaked e-mails seen by The Guardian reveal that senior officials at the bank feared that light-touch regulation would lead to an increase in "problem projects".

Ana Revenga, the bank's vice-president for poverty reduction, says in one of the e-mails: "It might appear that the bank is interested in lending more, hence lowering standardsÐ[It] would likely entail an increase in the number of problem projects and cancellations." The e-mail exchanges indicate that the bank may expand the use of "biodiversity offsetting", which lets developers destroy nature in one place if they compensate for it elsewhere. The e-mails show that there is concern among the bank's presidents that environmental standards could lower if the plans are implemented. "Some of the language would severely weaken the protections that currently exist for diversity and natural habitats," says ZloubidaAllaoua, vice-president for sustainable development. A World Bank spokesperson said: "We do not comment on leaks. A vigorous and healthy internal discussion is an important part of our deliberative process."