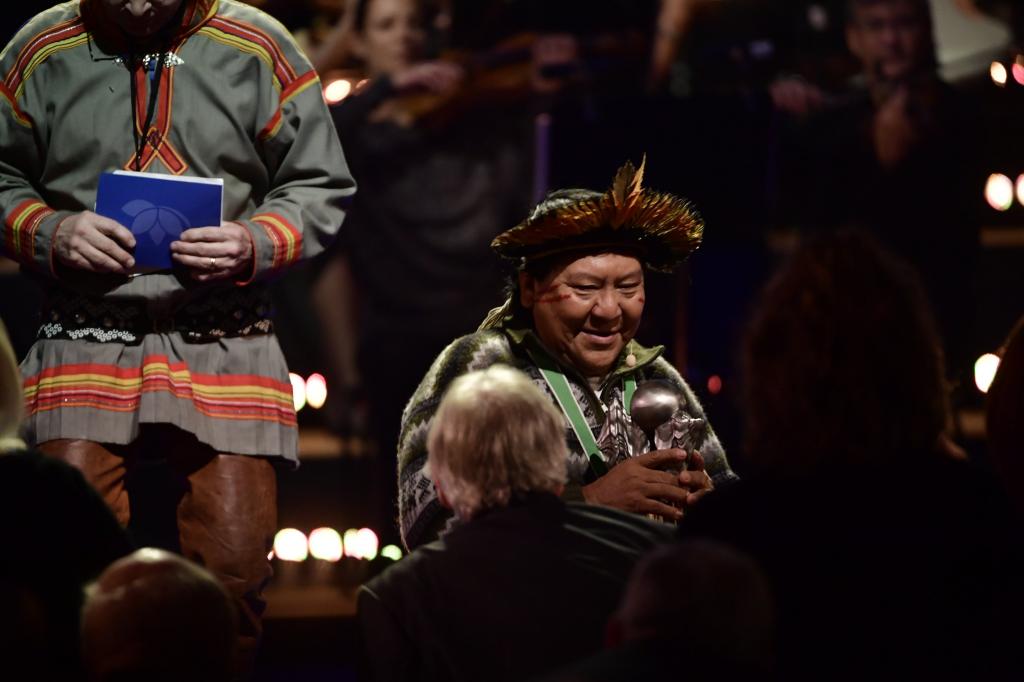 “I want to help my indigenous brothers by asking the international authorities to put pressure on the Government of Brazil to demarcate the land of other indigenous peoples. I have always fought for the rights of my people, the Yanomami, and the Ye’kwana. This award is a new weapon to strengthen the fight of our people,” Davi said in his acceptance speech. He has led his people’s 20-year campaign to protect their Amazonian territory. Combined with the Yanomami territory in Venezuela, it is the largest area of rainforest under indigenous control anywhere in the world.

Davi has frequently been threatened by the gold miners and politicians who target the resources inside the Yanomami territory. He lives in his community, Watoriki (the Windy Mountain), practising shamanism. His father in law, Lourival, was one of the oldest and most respected Yanomami shamans.