The spill, which occurred in 2010 in the Mexican gulf, killed thousands of marine mammals 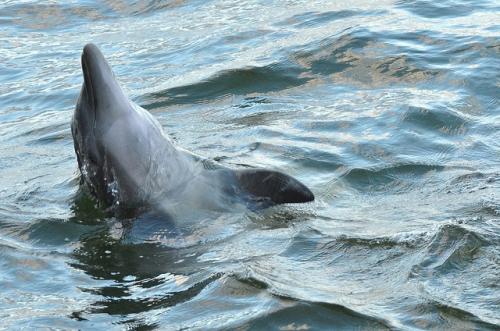 The Deepwater Horizon oil spill has spelt doom for dolphins in Barataria Bay in the Gulf of Mexico. A study conducted by the UK-based University of St Andrews says dolphins are struggling to survive in the gulf.

The spill, which occurred in 2010 in the Mexican gulf, killed thousands of marine mammals and its negative effects are still being felt seven years after the incident. In what can be termed as one of the worst environmental disasters, an explosion in the Deepwater Horizon rig spilled 134 million gallons of oil into the sea.

The study coordinated by the National Oceanic and Atmospheric Administration found that the dolphin population in Barataria Bay will have reduced by 50 per cent within the decade following the spill and that full population recovery will take 40 years. In addition, scientists found that 25 per cent of the current population of dolphins is underweight and 17 per cent are in poor condition.

The chemicals present in oil and petroleum products can affect marine animals either by internal exposure due to inhalation and ingestion, or external exposure through the skin and eyes.

Sea turtles were found dead after being exposed to chemicals following the lxtoic oil spill. On investigation, researchers found that the dead turtles were exposed to massive amounts of hydrocarbons. Presence of oil on the beach also affects turtles’ nesting habit. In the aftermath of the Chennai oil spill, Olive Ridley turtles have been badly affected.