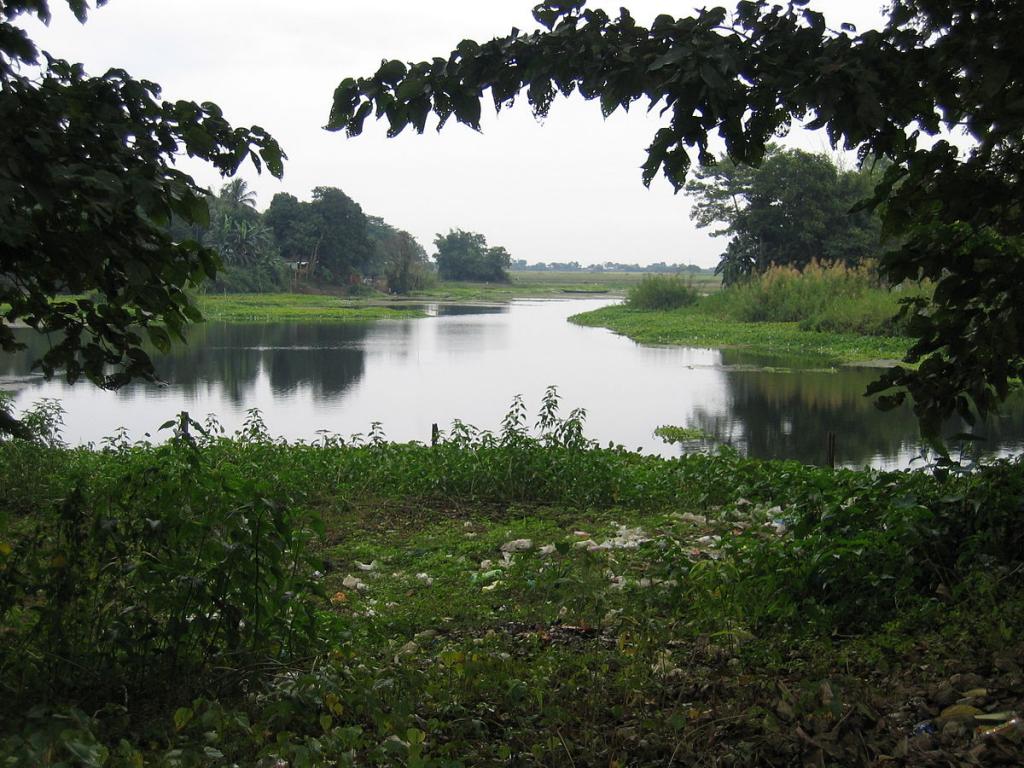 Majuli has suffered extensive erosion since the 1960s (Photo credit: Peter Andersen, CC BY 2.5, via Wikipedia)

In its first Cabinet meeting after being elected to power a month ago, the BJP-led government in Assam has declared Majuli as India’s first river island district. Formerly a sub-division of Jorhat district in Upper Assam, Majuli is the state’s 35th district.

The priority accorded to Majuli is understandable. Assam’s chief minister, Sarbananda Sonowal, was elected as MLA from Majuli in the state assembly elections. Even Prime Minister Narendra Modi addressed a rally for the BJP and Sonowal in Majuli in the run up to the polls. Today, the island is home to 22 Vaishnava Satras or monasteries and serves as the seat of Assamese Vashnavite culture. It is also vying for recognition as a UNESCO World Heritage site due to its cultural and natural heritage.

The island was formed over a period of time due to frequent major earthquakes, causing the Brahmaputra to change course, as well as high floods, both common phenomena in Assam. Annual flooding carried silt from the upper reaches, making the land fertile and creating marshes on the island. Majuli is also a biodiversity hotspot, with more than 260 species of birds, both resident and migratory, being recorded on the island and in its surrounding waterbodies.

But Majuli is a fast-disappearing island. Once the largest mid-river deltaic island in the world, with an area of 1,256 sq km, it has now shrunk to less than half its size, to 515 sq km. Regular floods in the Brahmaputra inundate the island and cause erosion, washing away villages and displacing residents. The rate of erosion is so severe that it is likely to submerge the island in the next 15-20 years, according to Majuli Island Protection & Development Council, a non-profit.

A study published in open access e-Journal Earth Science India in 2010 states that Majuli has suffered extensive erosion from 1966 to 2008. The mean annual rate of erosion over the four decades was 8.76 km2/year. But the intensity of erosion from 1998-2008 was much higher than that of the period from 1966-1975 to 1998 due to the shifting of the bankline of the Brahmaputra towards the north. This indicates that the threat to the existence of the island has increased in recent years.

According to an article on India Water Portal, a website on water-related issues, around 67 revenue villages of Majuli have been washed away due to massive erosion. The government has made several efforts to control erosion by raising embankments and installing geo-bags and porcupines. But these measures have not proven as effective as expected.

Locals also claim that the embankments have made erosion worse as they impede the flow of the river. “Today, flood has become a curse. Instead of the fertile silt, now the flood brings sand that destroys the soil. Whatever efforts the Brahmaputra Board has made in Majuli, those have led to more erosion, instead of controlling it,” says Jamini Payeng, an award-winning handicraft artist and activist from Majuli, in an interview to India Water Portal.

What’s in store for Majuli?

One of Sonowal’s poll promises was to build a bridge connecting the island to Jorhat if he became chief minister. Presently, the island can be accessed only by ferry and the construction of a bridge has been a long-standing demand of its residents. Sonowal had also promised to preserve and promote Majuli’s cultural wealth.

But preserving the island itself will also be a priority for the government. During his speech in Majuli, Prime Minister Modi had blamed the previous state governments for their failure to contain the erosion of the island. The Sonowal-led government will now be expected to find new ways to protect Majuli from being lost to the floods in the Brahmaputra.