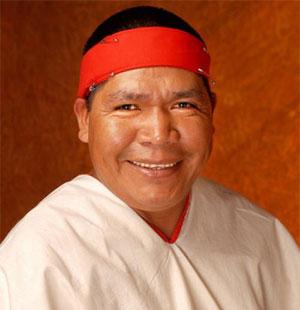 The killing of environmental activist Isidro Baldenegro in Mexico raises questions on the safety on green campaigners in the country and rest of the world.

Baldenegro was killed by gunmen in Mexico’s Chihuahua state on Sunday, January 15. He was also reported to have received death threats earlier.

The 51-year-old opposed illegal logging in the country’s Sierra Madre mountain region and stood for the rights of indigenous Tarahumaras. He was also a recipient of the prestigious Goldman Prize, which is awarded annually to grassroot environmental activists.

Baldenegro’s killing marks the second instance of a Goldman Prize being murdered in less than a year. In March 2016, prominent indigenous and environmental activist from Honduras, Berta Caceres, was assassinated inside her home.

Murders of high-profile activists bring to light the mounting threat to those who campaign against illegal interests and for indigenous rights. A report by non-profit organisation Global Witness found that a record number of environment activists were killed in 2015.  Its report, On Dangerous Ground, documents 185 known deaths worldwide last year—by far the highest annual death toll on record and a 59 per cent increase from 2014. “Severe limits on information mean the true numbers are undoubtedly higher,” the report said.

The list was topped by Brazil (50 deaths), which is home to Amazon rainforest, witnesses illegal logging, among other violations. It was followed by the Philippines that saw 33 murders, a record high. They were succeeded by Colombia (26), Peru (12), Nicaragua (12) and Democratic Republic of Congo (11). Major drivers were mining (42 deaths), agribusiness (20), logging (15) and hydropower (15), as per the Global Witness report.