Fight fire with trade: How Europe can help save the Amazon

The EU is already responsible for hefty imports from the Mercosur bloc; it imports 10 million tonnes of soy (for livestock feed) and over 200,000 tonnes of beef every year 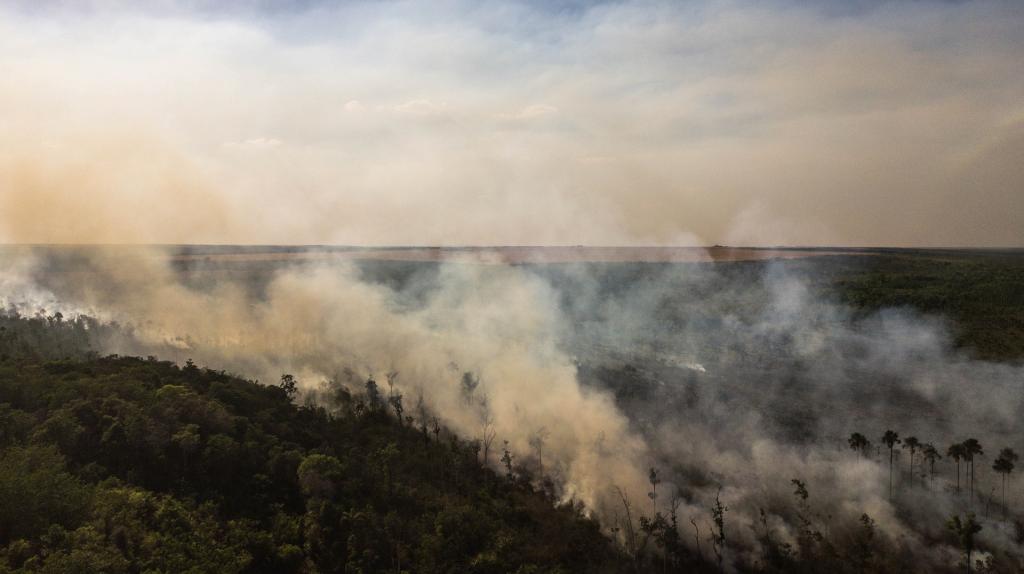 The EU is thinking about agreeing to a €4 billion trade deal with Brazil, Argentina, Uruguay and Paraguay (known as the Mercosur bloc). In our new academic research, myself and 21 international co-authors looked at the details of this deal so you don’t have to. What we found wasn’t pretty.

Even though negotiations took two decades, the deal failed to include Indigenous groups or local communities in negotiations. This is crucial given that murders of Indigenous leaders in the Brazilian Amazon has hit the highest level in two decades. Many of these violent attacks are linked to land grabs for agricultural expansion, and very few of them are officially investigated.

Worryingly, this trade deal would guarantee cheaper beef and ongoing tariff-free soy — the two top drivers of deforestation in the region. Despite this, the deal fails to provide mechanisms to ensure that deforestation and human rights violations are not linked to the commodities imported into the EU, clearly in contradiction to the goals of the EU Green Deal.

To add insult to injury, Brazil’s government is doing the opposite of what the country agreed to in the Paris Agreement — to reduce deforestation. Right now, fires are raging through the Amazon at the same startling rate as 2019, while unprecedented burning is sweeping through Argentina’s and Brazil’s wetlands. Out of control fires in wetlands really shouldn’t be a thing.

The tide looks like it might be turning on this agreement, with German chancellor Angela Merkel recently voicing “considerable doubts” following a meeting with youth climate activists.

Here’s the deeper issue that’s often ignored: even without this contentious deal, the ongoing problems of international trade will be left untouched.

The EU is already responsible for hefty imports from the Mercosur bloc. It imports more than 10 million tonnes of soy (for livestock feed) and over 200,000 tonnes of beef every year. Imports from the Mercosur bloc to the EU already result in deforestation equivalent to one football pitch every three minutes. All while the Amazon nears a tipping point that if reached could trigger a rapid shift from lush tropical rainforest to a dry savanna. This would be catastrophic for Indigenous people, the region’s agriculture, and the world’s climate.

If we are serious about combating climate change and supporting human rights, we must take urgent action.

Things could be so much better

First things first: It’s clear that we need to cut down on foods that have high environmental impacts such as meat. Europeans eat so much meat that they are not only driving deforestation abroad, but also causing health problems at home. Excessive meat consumption is associated with increased rates of coronary heart disease, strokes, and type 2 diabetes, with convincing evidence that red and processed meat can cause cancer. If we ate more delicious plants, we’d feel better and the planet would too.

Luckily, solving this crisis doesn’t require fancy new inventions or a technological leap. Our research outlines the mechanisms needed to transform trade for the better, all of which are available to us now. For example, we could actually listen to Indigenous peoples and local communities and work to ensure they don’t lose their land to illegal invasions. We could trace the origin of products to make sure they don’t come from areas of deforestation or conflict. We could introduce legal mechanisms like collective redress – where vulnerable communities have a means to seek legal action.

Crucially though, even if we hold every company to account and trace every soybean, we could still indirectly drive pressure on South America’s last remaining forests, savannas, and wetlands if our demand increases. To avoid this, it’s important that we make trade deals contingent on countries making wider progress towards international commitments – the Paris agreement being a prime example.

Imagine if the economic muscle of trade was used to create a new playing field, where entering the game required genuine progress on reducing deforestation and supporting human rights. In the case of Brazil, Indigenous leader Sonia Guajajara suggests two clear benchmarks of progress that should be met before considering ratifying any new trade deals:

Ultimately, we need to have the courage to stand up and act in line with the values we already hold. Wouldn’t it be fantastic to live in a world that isn’t hellbent on destruction? Where we can have dinner without worrying about whether our meal has a shady past?

Our research outlines what’s needed to fundamentally fix trade - it’s now up to the EU to step up and become a leader in sustainability that we can all be proud of.

Laura Kehoe, Researcher in Conservation Decision Science and Land Use, University of Oxford