The incident took place on the 44th anniversary of the Chipko movement, a conservation campaign that successfully prevented cutting of trees 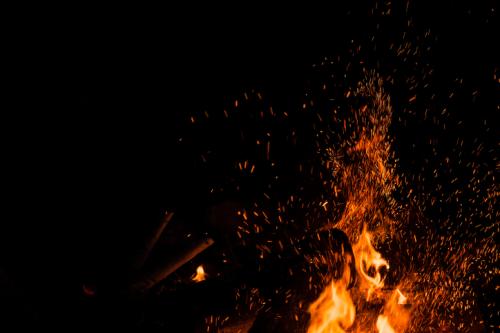 Forty-four years ago today, farmers in Chamoli district of Uttarakhand (then part of Uttar Pradesh) decided to hug trees to protect them from felling by sports-good company Simon. Their resolution forced the company’s lumbermen to retreat and the forest department to cancel Simon Company’s permit. But on March 25 this year, when Lalita from Hariyadhana village in Rajasthan’s Jodhpur district protested against tree felling for a road, she was burnt alive.

The first information report lodged by her brother Vidyadhar in Borunda police station states that Lalita and a few other village residents were working in the fields when the village sarpanch and a group of other people reached the spot to fell the trees. A scuffle ensued when Lalita and the other people working in the fields tried to protect the trees. One man returned with petrol. The sarpanch and others poured it on Lalita and set her on fire. She was declared dead upon reaching the MJH Hospital of Jodhpur.

Shekhar Pathak, eminent historian from Uttarakhand who was part of the Chipko movement, calls the incident unfortunate. He says that 250 years ago, some 300 people from Jodhpur’s Khejarli village had sacrificed their lives to protect trees in their village. The incident, dubbed the forebearer of the 20th-century Chipko movement, should have inspired people in the region to respect those who want to protect nature.