How date palm seeds can remove toxins from the environment 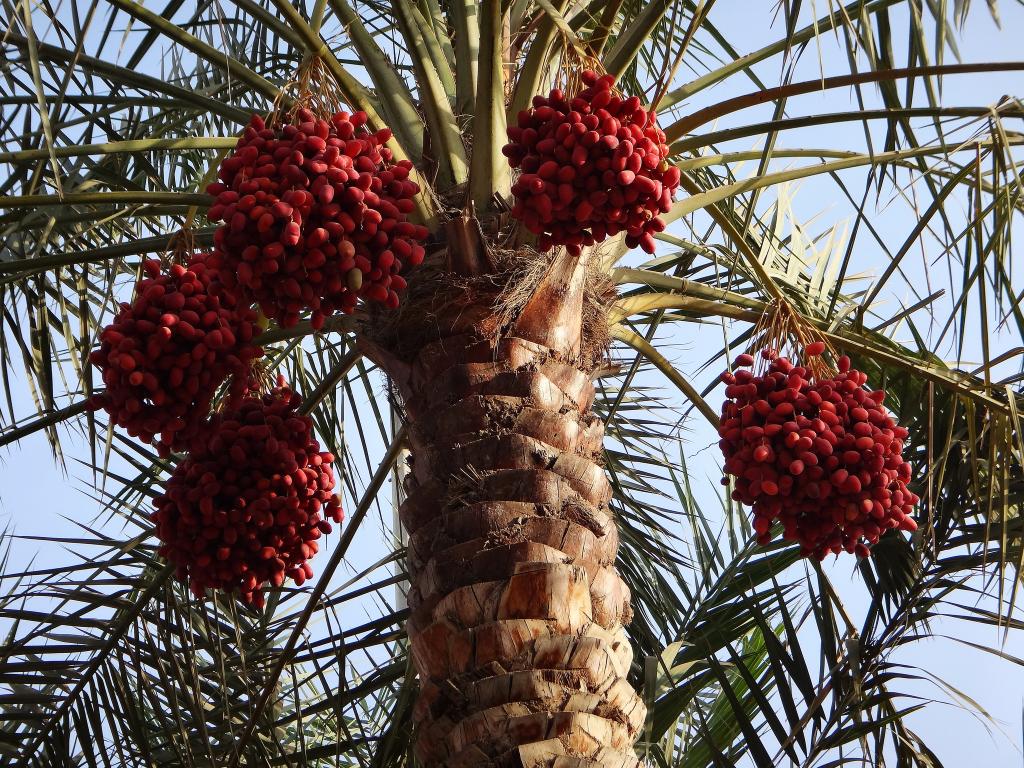 Date seeds contain small amount of oil, which can be used to remove toxins from the environment.Credit: Abdulla Al Muhairi /Flicker

Date palms are an iconic feature of landscapes in the Middle East and North Africa. These graceful trees are one of the oldest known fruit crops and have been cultivated for well over 5,000 years, providing sustenance for generations.

To this day, dates have been an important international crop, cultivated in a wide belt from Pakistan to Tunisia and exported to markets across the world. The crops were especially prized by the ancient Sumerian cultures of Mesopotamia between the Tigris and Euphrates rivers. Once one of the earliest cradles of human civilisation, this region is now home to the sadly war-torn countries of Iraq and Syria.

As anybody who has eaten dates will know, the succulent fruits contain a large pit which is normally discarded, though traditionally in the Middle East they were collected and used for feeding livestock or making decorative beads. The seeds of success grow on these trees. Author provided

But what if, rather than throw these pits away, we could use them to address a very modern issue, solving a serious problem that plagues people around the world and especially those in countries ravaged by conflict such as Iraq and Syria? What if we could use them to remove toxins from the environment?

Date seeds contain small but significant amounts of oil, which can be extracted by pressing. This oil used to be processed to make soap and other beauty products. However, in a joint venture with colleagues in Syria, we have now found a way to use the oil to remove dangerous toxins from the environment.

This finding came about through a unique international scientific collaboration between Dr Abdulsamie Hanano in Damascus, colleagues in France, and our group at the University of South Wales.

Dr Hanano was interested in the problem of how to remove toxins, known as dioxins, that can accumulate in watercourses and soils due to industrial contamination or warfare. Dioxins are byproducts of industrial processes, and perhaps best known from the Vietnam War in the 1960s, when the US military sprayed huge amounts of a herbicide called “Agent Orange” over the countryside in order to remove vegetation.

Tragically, the Agent Orange formulation contained dioxins and many thousands of Vietnamese people were exposed to the toxin, resulting in a huge toll of illness and birth defects that is still with us today.

More widely, industrially produced dioxins are present in many areas around the world and enter human food chains via livestock, fish or drinking water from contaminated areas. Dioxins accumulate in the human body eventually leading to reproductive and developmental problems, damage to the immune system and cancer.

One of the biggest problems in trying to remove dioxins from the environment is their extreme insolubility in water, which means that they cannot simply be washed away. This is where Dr Hanano spotted a possible opportunity to use date seeds: he realised that the seed oil was encapsulated in very stable structures called lipid droplets. And, as we had shown previously, such lipid droplets are covered by a layer of specialised proteins that enable them to form highly stable emulsions. We speculated that these oily emulsions might attract the dioxins and remove them from the environment – in effect acting as “molecular magnets”.

The first challenge was to get the lipid droplets out of the hard date seeds. This required the seeds to be soaked in water for two weeks to soften them, before the droplets could be extracted as a creamy emulsion. The next stage was to add this emulsion to a water/solvent mixture that contained the most common and most toxic dioxin, TCDD. The results were dramatic and exceeded all of our expectations: within a minute, almost all of the dioxins had been removed from the solution and into the lipid droplets.

This was the start of several months of intensive research by our respective labs in Syria, France and the UK. Because of the ongoing conflict in Syria, we were unable to meet in person, and our colleagues in Damascus suffered from severe shortages of equipment and supplies – not to mention the very real dangers of living and working in a war zone.

Having shown a preliminary “proof of concept” in our recently published paper, we are now interested in practical applications of this new form of environmental biotechnology. One of Dr Hanano’s ideas is to use it on fish farms where the higher levels of dioxins in coastal waters (compared to the open oceans) can result in significant accumulations in fish and shellfish. The water could be passed through cartridges containing date seed lipid droplet emulsions in order to remove the dioxins, which can them be incinerated.

In the short term, we hope the technology will be used to help clean up the huge numbers of contaminated sites in Syria created during the present conflict. Longer term, we are also interested in using this sort of bio-remediation to tackle other toxins across the world, proving that date palms are even more useful than our ancestors imagined.