How schoolchildren are 'seed-bombing' Bihar 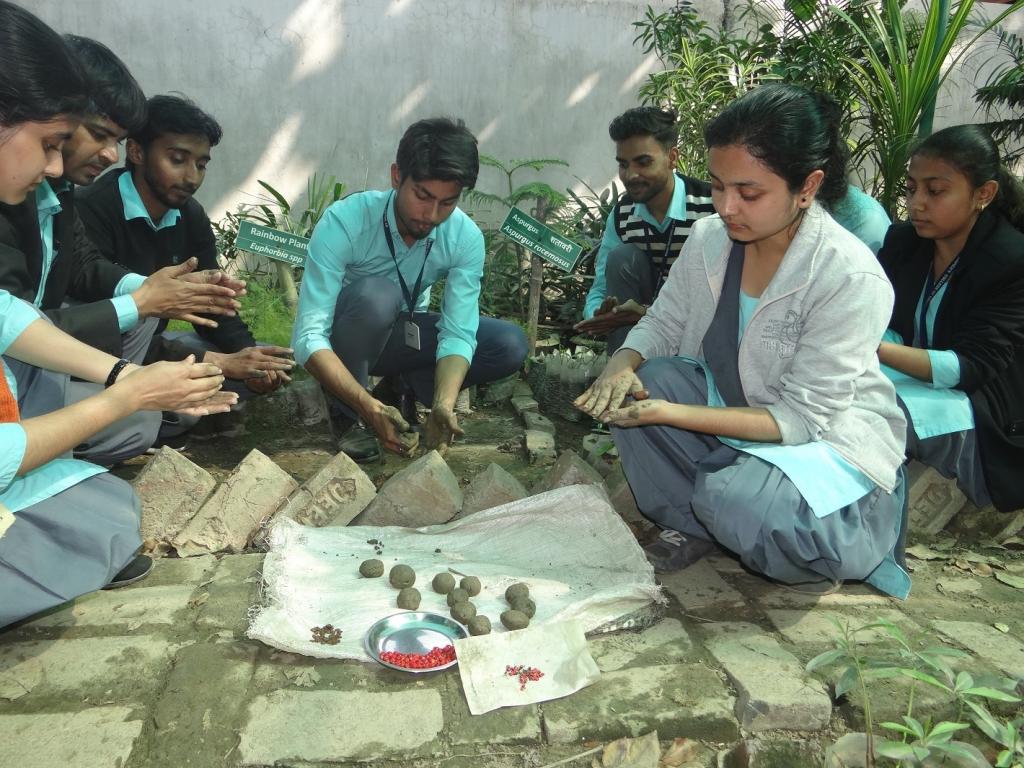 Schoolchildren are ‘seed-bombing’ Bihar with the objective to increase the fast-depleting green cover which has resulted in alarming pollution levels and poor air quality across the state. The state was left with only 9 per cent green cover after Jharkhand was carved out of it in November 2000.

‘Seed bombing’, which usually implies aerial reforestation, is a technique meant to introduce vegetation by throwing or dropping seed balls on barren land. Under the guidance of Tarumitra, a nationwide students’ movement to promote ecological sensitivity, schoolchildren learnt how to make seed bombs or balls.

In this technique, seeds are filled inside balls of fertile soil. Once these balls dry up, they are thrown in places with less vegetation. As part of the campaign, the children have been preparing and throwing the seed bombs at various places across the state over the last one year.

They have been throwing the seed bombs mostly during the rainy season to ensure that they geminate properly and absorb moisture from the atmosphere.

“Pollution levels have reached an alarming level here. We are taking a chance to bring it under control through this unique campaign,” Tarumitra director Robert Athickal told Down to Earth.

Athickal says that on average, a person requires at least 16 big trees to have adequate supply of oxygen.

So far, the children have seed-bombed areas along Patna-Buxar, Patna-Gaya and Patna-Deoghar railway tracks. Armed with bags full of seed bombs, various teams of schoolchildren have been taking train rides and throwing the seed balls through the train windows wherever they find barren areas.

The children have also dropped seed bombs along the banks of various rivers, including Ganga and Gandak to create a green wall.

The main preference for making seed balls, NGO officials say, are seeds from the coral tree, sareca indica and myrobalan. They have also used seeds of the banyan, jamun and kadamb trees for making the seed bombs.

They claimed to have dropped more than 20,000 seed bombs so far across Bihar, and are storing more such seed bombs to do the same during the next rainy season.

“More than two million people live in Patna but the city has little or no space for plantation. This is a matter of concern for all of us,” says Athickal.

Thousands of schoolchildren have visited the NGO in the last 30 years, since its launch in 1989, and taken a pledge to work for conserving the environment.