In the shadow of El Niño fear: an already weak monsoon may suffer another jolt

There is a probability of El Niño developing between July and September, which are the peak monsoon months in India 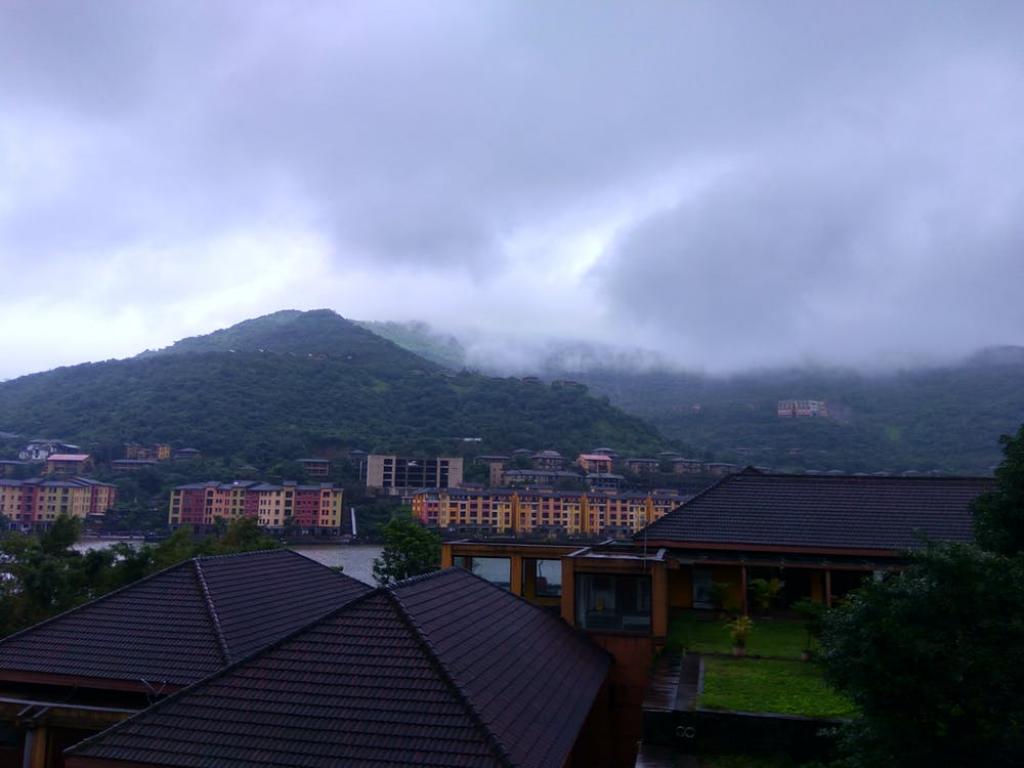 This year, a staggered start to the monsoon and prolonged stalling of its advancement has already whipped up a concern. Credit: Pexels

At a time when staggered start to monsoon and stalling of its advancement has already whipped up a concern, a 'Watch Out’ alert for El Niño issued by National Oceanic and Atmospheric Administration (NOAA) last week further dulls optimism.

Since early June, near-to-above average sea surface temperatures have been observed across the east-central Pacific Ocean. In fact, between May 20 and June 16, equatorial sea surface temperatures were above average in the western Pacific and eastern Atlantic Oceans, and below average in the far eastern Pacific, western Atlantic Ocean and Indian Ocean. 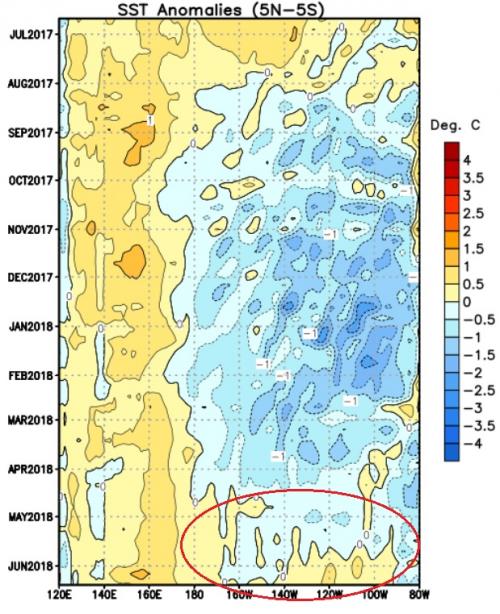 "Conditions are evolving more toward an El Niño right now, but there is still a long way to go," says Gerry Bell, the lead seasonal hurricane forecaster for NOAA.

El Nino is characterised by a positive Oceanic Niño Index (ONI) greater than or equal to +0.5ºC. The most recent ONI value (March–May 2018) is -0.4ºC. Last year, in the corresponding period, ONI was much higher at +0.3ºC. According to probabilistic forecast by NOAA’s Climate Prediction Center, there is a 50 per cent chance of El Niño arriving during autumn (Aug - Oct), and a 65 per cent chance of it appearing during the winter (Nov - Jan).

What could be its impact on southwest monsoon in India?

There is also a 40 per cent probability of El Niño developing between July and September, which are the peak monsoon months in India. The probability increases to 50 per cent during the period of August to October. 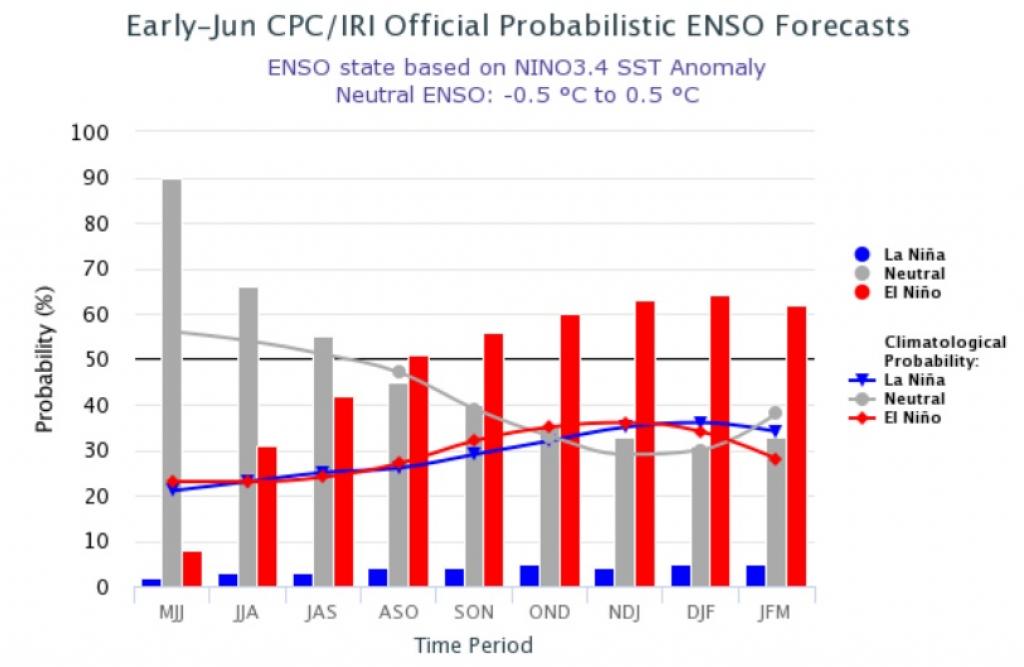 While El Niño alone cannot suppress southwest monsoon as other weather and climate influences also help to drive the Indian monsoon circulation, it has been known to cause or exacerbate drought and affect seasonal monsoon.

Last week, one of the IMD officials stated that only the last few days of September may be affected if El Niño has an impact at all.

Another major concern for Indian monsoon, which Down To Earth had reported earlier, is a weak negative Indian Ocean Dipole (IOD) conditions that are likely to develop during the middle of the monsoon season and continue to persist till the early part of the post-monsoon season. During weak IOD conditions, the eastern equatorial Indian Ocean becomes unusually warm while the western tropical part of the ocean near the African coast becomes relatively colder. This effect obstructs the progression of monsoon over India.

What does it mean for the US hurricane season?

Hurricane seasonal predictions are largely dependent on El Niño as it favours stronger hurricane activity in the central and eastern Pacific basins, while suppressing it in the Atlantic basin.

Although a strong El Niño is not anticipated, it may still keep the number of named storms near to below normal. According to AccuWeather hurricane expert Dan Kottlowski, "We could still end up with storms later in August into September, as that is an active time of the year. While the season could end below normal, the strength of the storms is still something to worry about and how that translates to impacts to land."

“The issue for the hurricanes is does El Niño develop in time and with sufficient strength to suppress the later part of the season,” says Bell.

In another development, temperatures at the surface of the tropical Atlantic Ocean have become colder than normal, which diminishes prospects for another busy hurricane season like what we witnessed in 2017.