It's time to speak up about noise pollution in the oceans

Noise is the "forgotten pollutant", but the good news is that unlike many other pollutants it can be switched off if we try 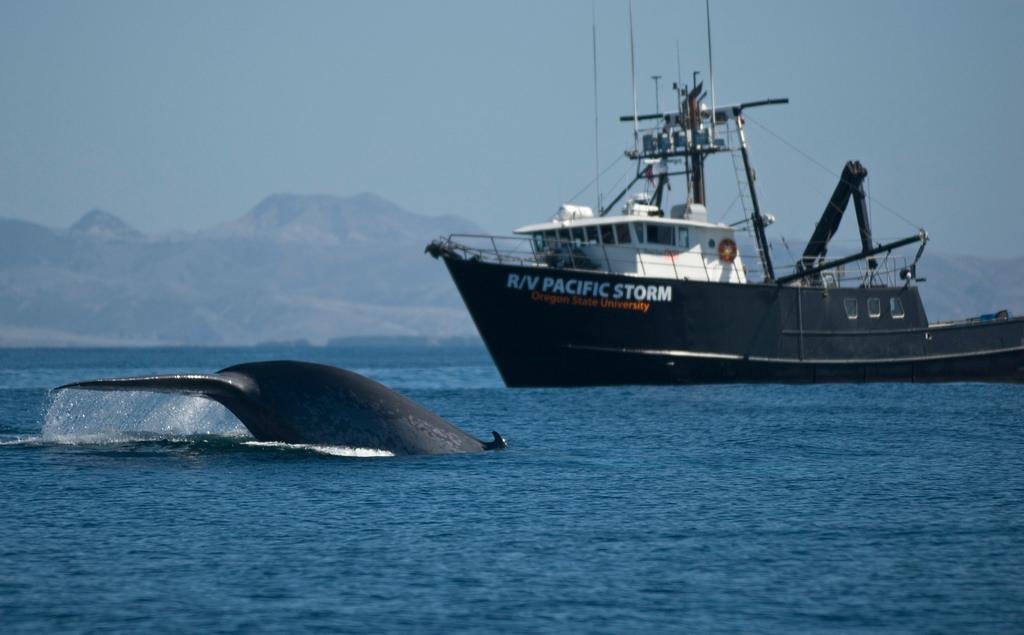 Ask most people about pollution, and they will think of rubbish, plastic, oil, smog, and chemicals. After some thought, most folks might also suggest noise pollution.

We’re all familiar with noise around us, and we know it can become a problem – especially if you live near an airport, train station, highway, construction site, or DIY-enthusiast neighbour.

But most people don’t think that noise is a problem under water. If you’ve read Jules Verne’s Twenty Thousand Leagues Under the Sea you might imagine that, maelstroms excepted, life is pretty quiet in the ocean. Far from it.

When we put a hydrophone (essentially a waterproof microphone) into the water, no matter where in the world’s oceans, it’s never quiet. We hear wind blowing overhead and rain dropping onto the ocean surface – even from hundreds of metres deep. In Australian waters we can also detect the far-off rumbles of earthquakes and the creaking of Antarctic ice thousands of kilometres away.

Water is much denser than air, so its molecules are packed tighter together. This means that sound (which relies on molecules vibrating and pushing against one another) propagates much further and faster under water than in air.

This also applies to human-produced sound. Under water we can hear boats and ships and even aeroplanes. Large vessels in deep water can be detected tens of kilometres away. We can be far offshore doing fieldwork, the only people around, with nothing in sight but water in any direction. Yet when we switch the engines off and put a hydrophone into the water, we hear ship noise. Sometimes, whole minutes later, the vessel we heard might appear on the horizon.

Seafarers have known about another source of sound for thousands of years: marine life. Many animals produce sound, from the tiniest shrimp to the biggest whales. Many fish even communicate acoustically under water – during the mating season, the boys start calling. Whales do it, too.

Light doesn’t reach far under water. Near the surface, in clear water, you might be able to peer a few metres, but in the inky depths you can’t see at all. So many marine animals have evolved to “see with sound”, using acoustics for navigation, for detecting predators and prey, and for communicating with other members of their species.

The thing is that man-made sound can interfere with these behaviours.

The effects of noise on marine animals are similar to those on us. If you’ve ever been left with ringing ears after a rock concert, you’ll know that loud noise can temporarily affect your hearing or even damage it permanently.

Noise interferes with communication, often masking it. Can you talk above the background noise in a busy pub? Long-term exposure to noise can cause stress and health issues — in humans and animals alike.

Excessive noise can change marine creatures' habits, too. Like a person who decides to move house rather than live next door to a new airport, animals might choose to desert their habitat if things get too noisy. The question is whether they can find an equally acceptable habitat elsewhere. There is a lot more research still to be done in this field. Can we predict what noises and vibrations might be released into the marine environment by new machinery or ships? How does sound propagate through different ocean environments? What are the long-term effects on marine animal populations?

One positive is that even though noise pollution travels very fast and very far through the ocean, the moment you switch off the source, the noise is gone. This is very much unlike plastic or chemical pollution, and gives us hope that noise pollution can be successfully managed.

We all need energy, some of which comes from oil and gas; most of our consumer goods are shipped across the seas on container vessels; and many of us enjoy eating seafood caught by noisy fishing boats, some of which even use dynamite to catch fish. We want to protect our borders, making naval operations a necessity. Then there’s the ever growing industry of marine tourism, much of it aboard ever-bigger cruise ships which need large ports in which to berth.

There are a lot of stakeholders in the marine environment, and all speak a different language, all make different claims, and all make noise. Knowing precisely how much noise they make, and how it affects marine life, will help to ensure our oceans and their resources last well into the future.