Could the Sahara and Sahel initiative draw lessons from the Kubuqi International Desert Forum? 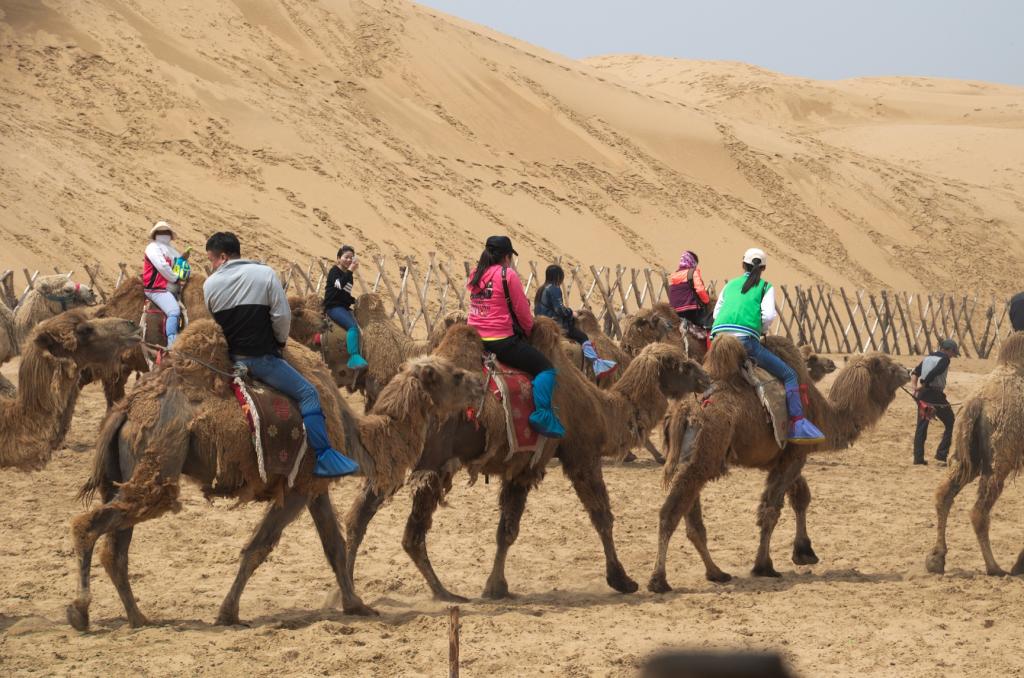 The Kubuqi Model will play an important role in desertification control in countries along the Belt and Road Initiative. Credit: Wikimedia Commons

The sixth Kubuqi International Desert Forum was held from July 29 to July 30 in the Kubuqi Desert in Ordos, Inner Mongolia. Participating guests from other countries visited Kubuqi and witnessed the successful practices of Kubuqi’s desertification control. The forum offered them better understanding of the Kubuqi Model. They believe that the Kubuqi Model will play an important role in desertification control in countries along the Belt and Road Initiative. International conferences held in China are becoming attractive platforms for sharing effective experiences in promoting global ecological development.

The core pillars of the Kubuqi Model are government policy support, industrial investment, market-oriented participation of farmers and herdsmen and sustainable ecological improvement.

Former Greek Prime Minister Antonis Samaras said the systematic design of the Kubuqi Model was a unique success, and that its reproducibility was worthy of study.

Pradeep Monga, Deputy Executive Secretary of the United Nations Convention to Combat Desertification, said many countries along the Belt and Road Initiative suffered desertification, and that good design plays a key role in helping China create the Kubuqi Model, a unique path of desertification control. It is admirable that governments at all levels, enterprises and individuals can join hands to solve environmental problems in a systematic manner, he said.

The Indonesian Economic and Industrial Committee Chairman Bachir gave Kubuqi a thumbs up for the practice of raising sheep under photovoltaic panels. He said he appreciated the imagination of local businesses in ecosystem design and said he would like to share Kubuqi’s comprehensive desertification control experiences for the benefit of the international community.

The Kubuqi Model has been praised by the UN Environment Programme for desertification control and being an “eco-pioneer” in greening the world thanks to its success in ecological restoration. The Kubuqi Model has become a name card for China’s desertification control efforts. In order to promote and share the experience of combating desertification, the Kubuqi International Desert Forum was established in 2007 and has been held five times thanks to the support of government’s relevant departments, the UNEP and the UNCCD secretariat. More than 2,000 political dignitaries, experts and ecological entrepreneurs from around the world have participated in field trips, professional exchanges and experience sharing via forums and benefited greatly from them.

Prof. Atsushi Tsunekawa from Arid Land Research Center, Tottori University in Japan, said it was urgent for countries along the Belt and Road Initiative to cooperate over ecological restoration. They need to conduct risk assessment for environmental and sustainable development, and the successful practices of the Kubuqi Model should be used as one reference, he said.

Hassan Shar, deputy director of the Cairo Desert Research Center in Egypt, said that as a researcher on deserts for over 40 years, he had seen many excellent cases of desertification control of other countries. He pointed out that the Kubuqi Model contained a wealth of desertification control technologies and experiences, and its desert eco-economy, industrial innovation, financial innovation and poverty alleviation experiences are worth learning from for countries along the Belt and Road Initiative which face similar challenges.

Desert control is a worldwide problem, and the Kubuqi Desert is the first desert in the world to achieve large-scale successful control.

The success of Kubuqi Model relies mainly on increasing local people’s income in the greening efforts via the combination of ecology and industry, enterprise development and ecological management.

Prof. Victor Squire from the University of Adelaide, Australia, said  the Kubuqi International Desert Forum had prompted people in all areas to think about desertification, and that the Kubuqi Model has made it impossible to find just one solution to the challenge by showing that land users are both part of the problem and part of the solution. The Kubuqi Model also provides a way for transformation, which gives us hope.

British bio-carbon engineering company founder Lauren Fletcher said that Kubuqi’s achievements in desertification control was very impressive and the delegation from his company felt excited for participating in the forum. He also said that drones tree planting technologies need to be further developed so as to contribute to combating desertification.

Don Rivers, chief technology officer of the United States Silver Spring Company said that the Kubuqi model had a comprehensive influence, bringing large-scale changes in human life and making energy use sustainable, which is very thought-provoking. The efforts of local governments and enterprises in Kubuqi will bring lasting changes.

A Chinese solution to ecological restoration

After the forum ended, experts believed the forum let participants see that Kubuqi’s concept of green development and experiences of sustainable development can offer fundamental solutions to help peaceful development of the desertification regions involving over 2 billion people globally. Many guests are looking forward to the 13th General Assembly of the Contracting Parties to the UN Convention to Combat Desertification, which will be held in Ordos and might bring together more unique solutions and richer consensus. The ecological development in countries along the Belt and Road Initiative need both Chinese solutions as well as China being one sharing platform.