The government was well aware of the risk. Since the 1990s, Mauritius has received substantial capacity-building assistance to prevent an oil spill 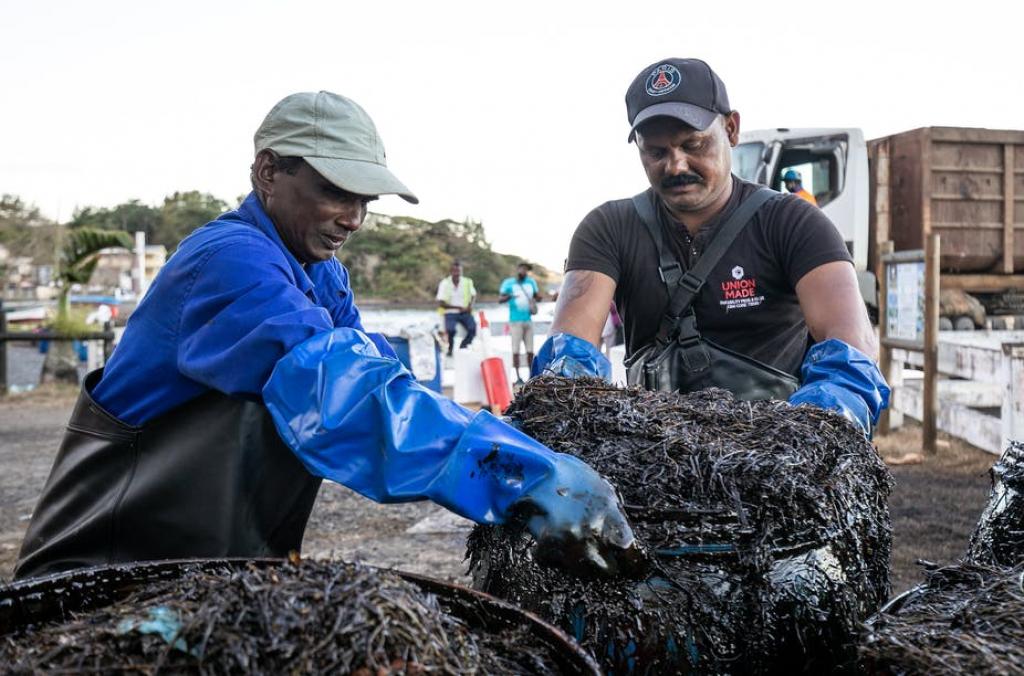 The stranding of the MV Wakashio is one of the biggest environmental disasters in the history of the western Indian Ocean. While the full scale of the disaster is not yet known, the 1,000 tons of oil and diesel that leaked close to one of the greatest marine treasures of Mauritius threatens to destroy this precious habitat. Recovery will be long and the disaster will occupy Mauritius for years to come.

Questions now arise: Could the accident and the spill have been prevented? Was the country prepared? Did the coastguard and the company hired to pump oil from the stricken ship react in the right way?

Neither the government, nor the ship owner and salvage company will likely have an interest in such questions being answered. But an independent public investigation must be launched into the government and industry response to this disaster.

Read more: Mauritius is reeling from a spreading oil spill – and people are angry with how the government has handled it

Was the country unprepared?

The government was well aware of the risk. Since the 1990s, Mauritius has received substantial capacity-building assistance to prevent an oil spill.

Mauritius receives support under the UN Nairobi Convention but also several maritime security capacity building programmes in the region. As late as March 2020, Mauritius gave an update on its preparedness at an international workshop.

In a recent article we showed such capacity building is often experimental, focused too much on planning and strategy rather than implementation.

Yet Mauritius also had past experience. In 2016, a similar accident occurred. Back then the country was lucky – the MV Benita, which crashed just 7km from Grand Port, not far from where the MV Wakashio is, sat for five weeks and was then refloated with the aim of towing to India, before sinking 90km offshore of Mauritius. A major oil spill was prevented in that case.

The fact that the country lacked a sufficient amount of equipment to rapidly contain the Wakashio spill, indicates that despite all the training and experience, Mauritius was still not prepared.

Could the collision have been avoided?

Satellite evidence showed the Wakshio was on a collision course to Mauritius, hitting the reefs at Pointe D’Esny at ocean-cruising speed. Its route clearly deviated from the traffic that usually passes by the island.

The coastguard could have detected this and sent out a patrol craft. While the capacity of the coastguard is limited, would it have been possible to reach the vessel in time before it hit?

Was the reaction to the grounding appropriate?

Once the Wakashio grounded, the coastguard was quick on site. Initial containment measures were taken and booms deployed. A salvage company was contracted to refloat the vessel and pump out the 4,000 tons of oil and diesel, yet two weeks after the initial collision not much had been done. On August 6 the environmental disaster started to unfold, when the first oil spilled. On August 15, the ship split in two.

The government indicated that bad weather was to blame for its slow response. Yet was there a discussion of alternative strategies? Did the contracted company have the right expertise to prevent an oil spill? Was there too much focus on pumping out oil and not enough on preventing a spill? How close was the crisis coordination between the government, the coastguard and foreign experts?

Oil spill start-ups, such as Harbo, claim that they could have been in the country within 24 hours after the initial grounding if they had been invited. Within 72 hours the appropriate equipment could have secured the vessel, preventing much of the consequences from a spill. Alternative courses of action for the government would have been available.

The vessel most likely would still have leaked oil and eventually split, yet the spread of the oil and the contamination of the shores may have been contained.

Why was there no response from the region?

The EU, the UK and other actors, as we show in a forthcoming book, have substantially invested in building regional maritime security architecture in the western Indian Ocean. This includes a maritime surveillance centre as well as a centre for regional operational coordination designed to provide early warning and coordination in the region for emergencies like this.

It is bad news that after years of such efforts, the regional bodies were not equipped to react and respond in order to support the government of Mauritius.

These are only some of the questions that an independent inquiry into Mauritius’ ongoing predicament will have to investigate and assess.

An independent environmental assessment will also be required. And it will be in the hands of Mauritian civil society and the global community of conservation activists to ensure that a commission and inquiry is launched urgently.

The Indian Ocean Commission or the Indian Ocean Rim Association, active in governing the regional waters, could provide a format for this. Pressure and support from India, France or Japan and other states that have already provided emergency aid will also be necessary.

This inquiry will need also to offer recommendations for how a similar disaster in the region can be avoided and the architecture upgraded to offer faster response – developing a regional facility for example. And this time, action, not lip service, should be demanded of the Mauritian government.