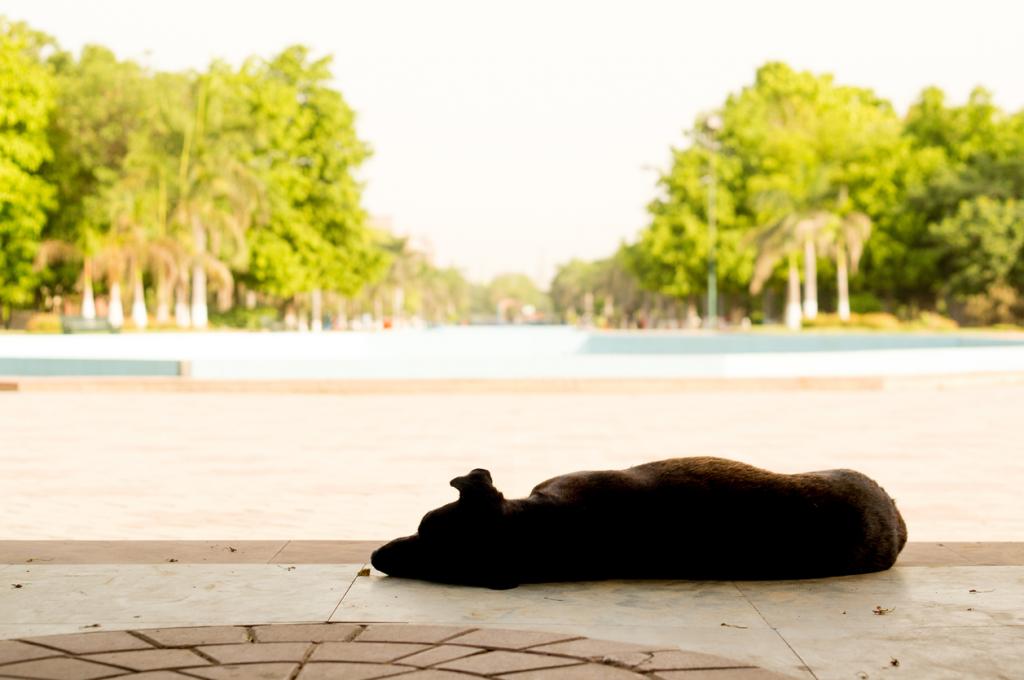 Delhi’s air has been blowing hot since March but its land started to scorch only by late April. Heatwave season began in the capital on March 11, 2022, when the maximum ambient temperature hit 32.7 degrees Celsius — 4.5°C higher than normal (one of the two criteria for declaring heatwave).

Historically, the highest land surface temperature in the world was 70.7°C, recorded in 2005 in the Lut Desert of Iran.

Anand Parbat Industrial Area and Sadar Bazaar in northeast Delhi; Badarpur and Jaitpur in the south; Shahdara near the banks of Yamuna river and Kondli in the city’s southeast are the second-rung of heat islands, with land surface temperatures ranging from 40-45°C.

Usually, high surface temperatures correspond to areas with low vegetation and desolate terrain. In March, patches of standing crop stretched across rural and agricultural areas in north and southwest Delhi, as well as along the Yamuna river bank.

Low vegetation doesn’t always lead to a heat-island effect. Relatively greener neighborhoods of the capital such as Lutyens’ Delhi and South Delhi are exceptions. Despite a higher green cover, land surface temperature in these localities climbed to 40°C.

These places seem to have conjured up some novel heat-creating system that needs investigation. Indiscriminate use of air conditioners by the rich denizens of these localities leads to significant heat generation that is dumped in the local ecosystem. This may play a part in this paradox. 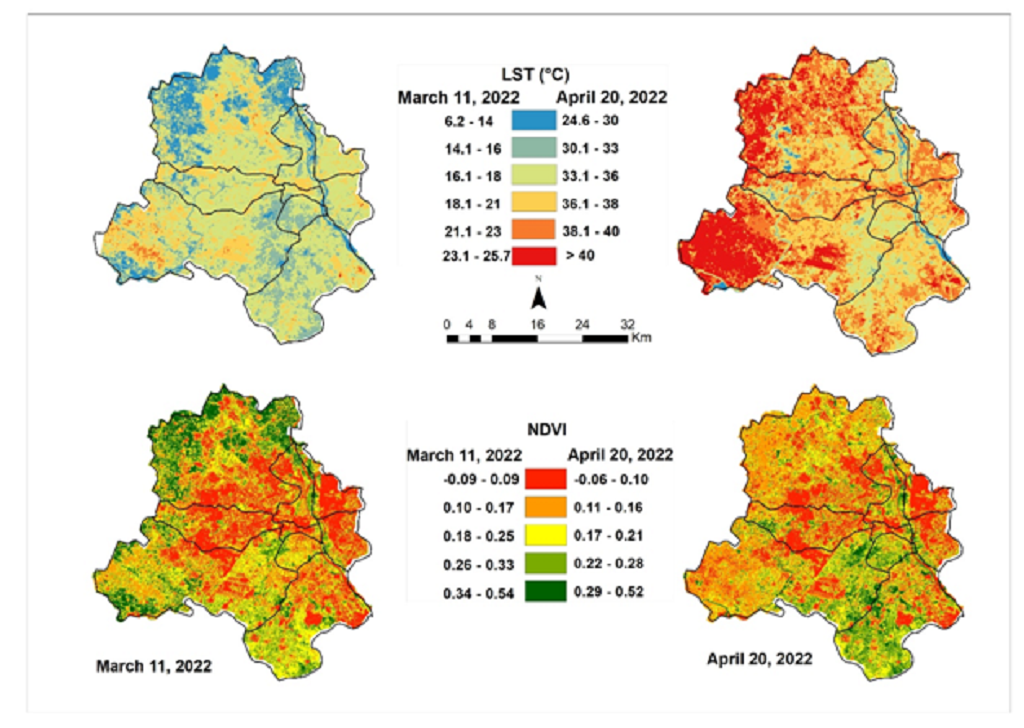 Urban heat islands are hotspots where temperatures are higher than average due to concrete structures as well as emissions from automobiles and domestic appliances, among other factors.

Urbanisation has increased significantly in Delhi’s hinterlands over the past few decades to support its increasing population and economic activities. Delhi and the National Capital Region lost 34 per cent of its vegetation cover, 12 per cent agricultural land and 44 per cent open / fallow land during 1990-2018, when the built-up area expanded by 326 per cent.

Heat-island effect in the city is likely to further intensify with the current rate of urbanisation and landscape modification. The rich people will be able to shield themselves using air conditioners in buildings and cars, but the poor and blue-collared workers will suffer.

Some Indian cities such as Ahmedabad, Nagpur, and Bhubaneswar have heat emergency plans but they don’t address the problem of urban heat islands / land surface temperature. There is a need to expand the scope and agenda of these heat action plans.

Understanding the spatial-temporal variations of surface temperature can also prove to be useful in addressing concerns such as climate change, thermal discomfort and energy security.

If we continue to pour concrete on the ground and clad it with glass, while concentrating all our green building efforts in just ratcheting up energy performance of ACs, land surface temperatures will only increase. And with that, air temperatures will soar, making city cook itself through vicious cycle of heat absorption.