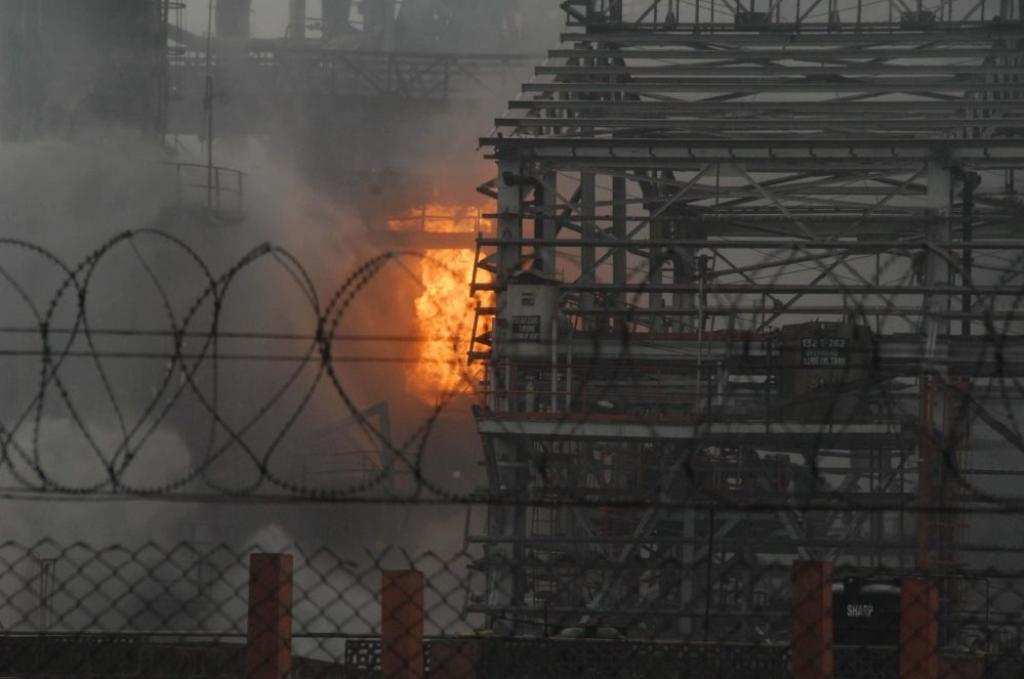 At least 45 people were injured in a massive fire that broke out at Bharat Petroleum's refinery in Mumbai on Wednesday (August 8) afternoon. According to a company spokesperson, compressor shed of a hydrocracker plant within the plant complex caught fire after a leakage of an oil-water mixture in an adjoining plant. The blaze was classified at level three.

Blast at BPCL unit in Mumbai. Fire at BPCL Mumbai Refinery at Mahul plant Yesterday . The fire was in the Compressor shed of Hydrocracker plant.@dpradhanbjp @HPCL @PrakashBelwade pic.twitter.com/QCvXt5PGRL

A hydrocracker converts high-sulfur (low-quality) gas oils into low-sulfur jet fuel and diesel for airplanes and vehicles. Ironically, the hydrocracker unit, which caught fire, was set up as part of the refinery’s upgradation to produce clean automotive fuels, a BPCL official told media.

Not the first time

This is the second major fire incident reported in a Bharat Petroleum establishment in the past 10 months in Mumbai region. Last year, on October 7, a lightning strike had caused a major fire in an oil storage tank on Butcher Island, off Mumbai shore. It took four days to extinguish the fire.

After an investigation, the Oil Industry Safety Directorate (OISD)—a technical directorate under the Ministry of Petroleum and Natural Gas that formulates regulatory measures to enhance safety in the oil & gas industry—found serious lapses in procedure and protocol. The probe report pointed to poor maintenance and almost no adherence to prescribed safety measures.

OISD raised concerns over the fact that initial fire fighting was carried out by an outsourced operating group that had limited experience of the oil and gas industry, no disaster control room was set up at the site of the incident, and roof plate thickness of the tank was less than 4.8 mm and hence, it got punctured due to lightning strike.

The Indian Oil Corporation Limited (IOCL) has also witnessed a string of fire incidents in its refineries, especially those located in Odisha and Haryana. This January, a blast in the naphtha cracker plant (NCP) on the premises of a refinery and at Baoli village in Haryana killed an employee and injured at least four people. Two months prior to this, on November 17, two contractual employees died due to a leakage in a pipe of the delayed cooker unit at the same refinery.

In January 2016, a high-level probe was ordered into the fire at the atmospheric vacuum unit of IOCL’s refinery in Paradip, a seaport town in Odisha. A similar incident was reported in the same plant in December last year when a pipeline inside the INDMAX Unit of the Paradip refinery caught fire.

In April 2018, a minor leakage in the motor spirit plant led to an explosion in the Numaligarh Refinery, claiming life of one person.

It is then not surprising that sporadic protests had erupted time and again. Currently, those who live in the vicinity of BPCL’s refinery have started demanding that it be relocated from the area. According to them, the refinery has become a health hazard and they no longer feel safe staying so close to it, which is less than a kilometre away from  their houses.