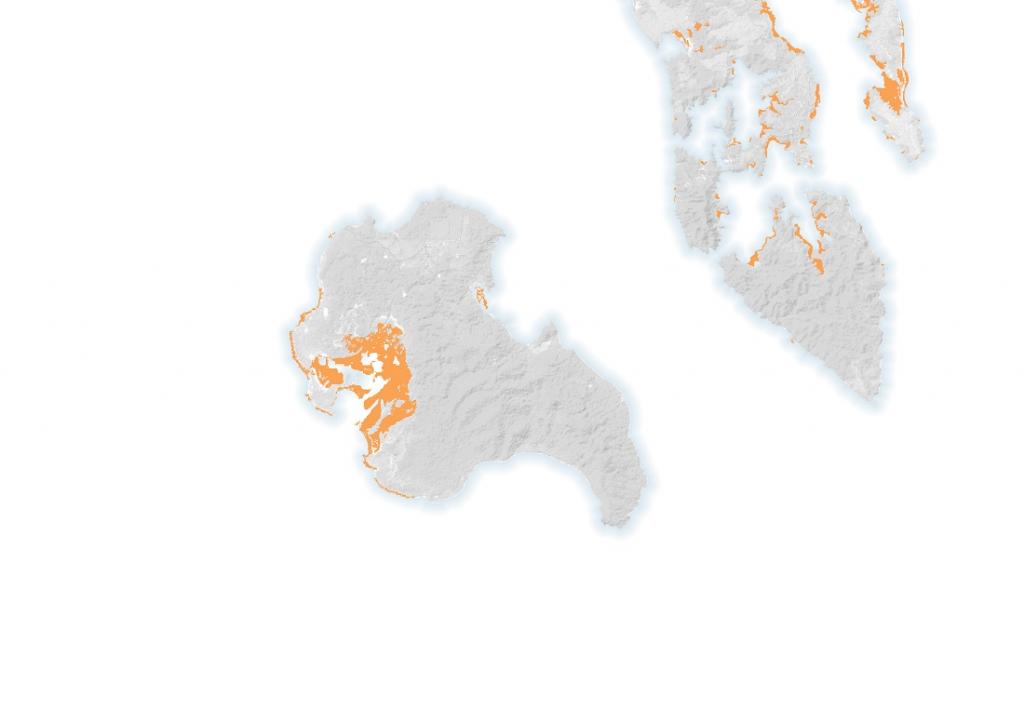 The map of Katchal island shown by NASA’s Earth Observatory. The orange portion shows the area where mangrove cover was lost

The United States National Aeronautics and Space Administration (NASA) recently highlighted the loss of mangrove cover on Katchal island, a part of India’s Nicobar archipelago. It did so while citing a study that showed the extent to which mangroves had been lost globally over the past two decades.

The NASA Earth Observatory showed a map of the island August 8, 2022, shot from a satellite. It depicted tidal wetland loss from 1999 through 2019 in orange colour.

“The map above shows the real extent of tidal wetlands lost between 1992 and 2019 on Katchal Island in the Nicobar Islands in the eastern Indian Ocean,” the accompanying text noted.

“After the magnitude-9.2 Aceh-Andaman earthquake in December 2004, the islands experienced up to 3 meters (10 feet) of land subsidence. This submerged many mangrove ecosystems, resulting in a loss of more than 90 percent of mangrove extent in some areas,” the text added.

Vardhan Patankar, a marine biologist who has worked extensively in the Andaman and Nicobar Islands, had visited Katchal around the time the Indian Ocean tsunami had struck the Union Territory in 2004.

Patankar told Down To Earth that he paid a visit to the area recently as well. “The mangrove cover on Katchal will not come back. But in other places, mangroves have reappeared since they propagate themselves through propagules,” he said.

A propagule is a vegetative structure that can become detached from a plant and give rise to a new plant. Examples include a bud, sucker, or spore.

The study that NASA cited while showing the map of Katchal was recently published. High-resolution mapping of losses and gains of Earth’s tidal wetlands found that 4,000 square kilometres of tidal wetlands were lost between 1999 and 2019.

The study also noted that mangroves had the highest ratio of loss to gain among the three types of tidal wetlands it studied. The other two were tidal flats and marshes.

Mangroves showed an estimated net decrease of 3,700 square kilometres between 1999 and 2019.

“Our data suggests a net loss of tidal wetlands on deltas globally, though gains of 2,100 square kilometres alongside losses of 2,300 square kilometres indicate the considerable dynamism of these systems,” study lead Nicholas Murray, an ecologist at James Cook University in Australia, wrote.

Some 27 per cent of the losses and gains were directly caused by human activity. “Humans can alter wetlands through development, water diversion projects, or by converting the land to agriculture or aquaculture. But they can also expand wetlands through restoration projects,” the NASA article said.

Other causes of wetland change were sea level rise, shoreline erosion, storms, altered sediment flow and subsidence. These can be either indirectly caused by humans or the result of natural coastal processes.

The study also found that outside of Asia, tidal wetlands in Africa had the highest ratio of loss to gain. The loss was most severe in in Nigeria, Mozambique and Guinea-Bissau.