The report, to be released September 25, 2019 at the UN General Assembly, questioned assertions that there was space for private players to play a role in achieving SDGs. The world has been sinking in private debt, which, in turn, has fomented inequality since the last four decades and consequently led to environmental degradation, the report noted.

Why the debt? Many governments, at all levels, had been extending incentives and protections to international finances hoping to boost capital formation. Instead, there was heavy earning from an unstable financial world, resulting in large debts. This further impacted the economy.

The model routinely failed in the last four decades to boost productive investment, even leading to the 2008 global financial crisis. The current global financial mess pushed economies in the wrong direction where natural resources were being exploitated unsustainably.

The report highlighted a declining trend in global labour wages in the the last four decades. In the last two of those government expenditures increased sharply but the share of wages kept sliding. 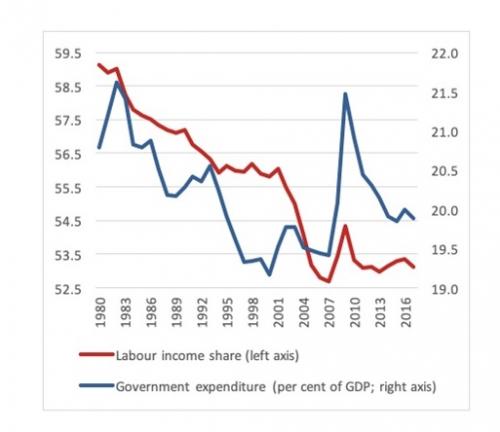 During the same period, the rates at which corporates were taxed steadily shrank. 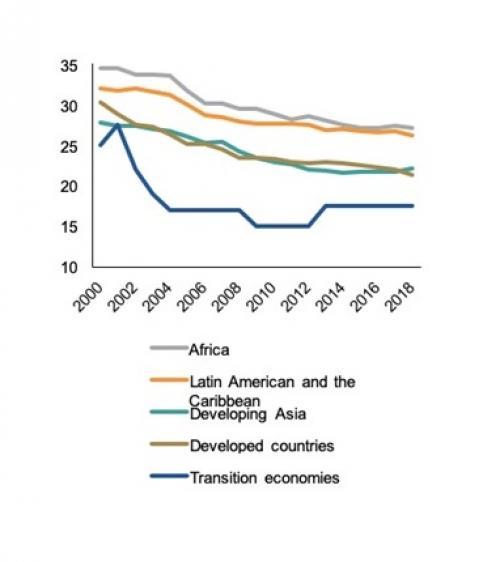 The report said reversing the decade-long loss of labour income to profits and ensuring corporations pay their fair share would be key for the new global financial package to work.

They had partially donated around $3.5 trillion since 1990. The report demanded provision of additional dedicated resources to compensate for previous partial contribution.

“The global economy does not serve all people equally. Under the current configuration of policies, rules, market dynamics and corporate power, economic gaps are likely to increase and environmental degradation intensify,” Richard Kozul-Wright, director of UNCTAD’s division responsible for the report, said.

The new global financial mechanism to achieve the SDGs, said the report, should create a long-sought global environmental protection fund to support poor and developing countries without strict policies and conditionalties.

It should also include easy lending programmes to achieve SDGs for low and lower-middle-income developing countries till 2030.

Besides, the report also urged for decarbonising the global economy as climate change posed an existential threat. But that, it said, required lots of investment in clean transport, energy and food systems.

A new-generation trade and investment deal, which could help poor and developing countries to leapfrog from carbon intensive development, was needed, the report said. It should consist of:

The report offered a roadmap, which said the new generational deal would lead to growth of gross domestic product in developed economies by 1-1.5 per cent from the current pattern of global demand. The developing economies would gain by up to 2 per cent.

Even 2 per cent of annual global green investment in cleaner industrialisation could add at least 170 million jobs. This investment was just one-third of what governments spent on subsidising fossil fuels. The estimated one-third amount comes to around $1.7 trillion.