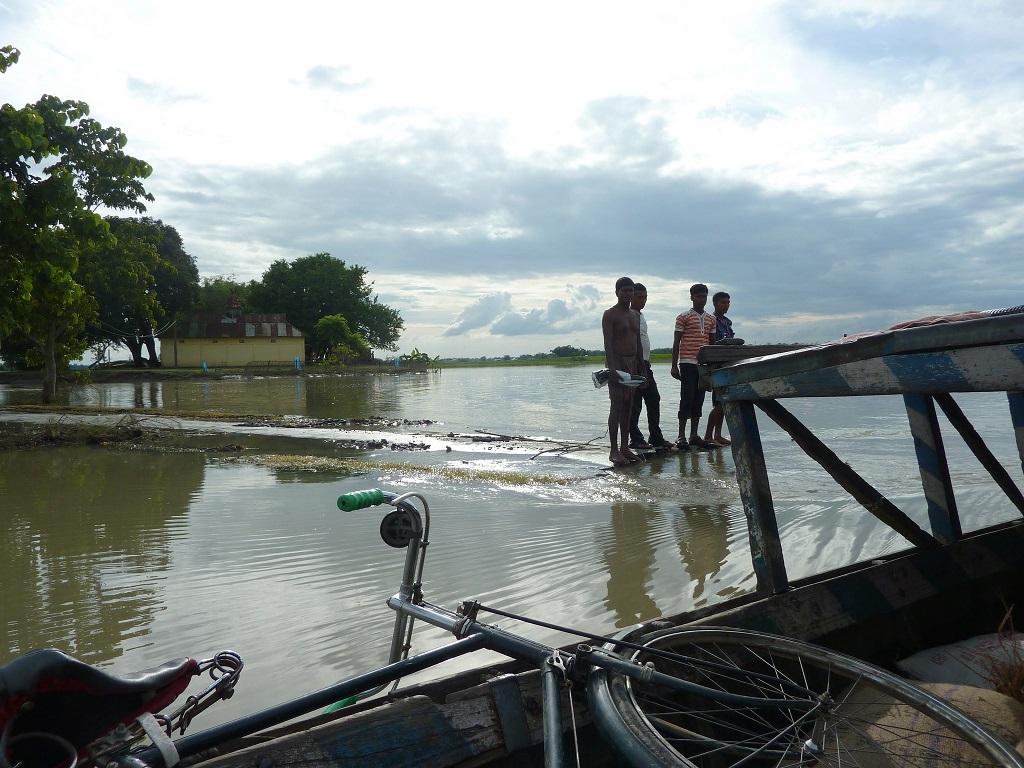 Floods in Assam had killed 32 people till July 2. This was despite the state having an overall rainfall deficit of 25 per cent this season. Credit: EU / Flickr

The northeastern part of India is suffering from a poor monsoon. According to the India Meteorological Department’s (IMD) latest monsoon report, northeastern India has had a deficit rainfall of 27 per cent. This is the worst deficit among the four regions of India. The past one week has been grim with the region reeling under a 49 per cent rainfall deficit.

The North East is divided into four sub-divisions—Arunachal Pradesh; Assam and Meghalaya; Nagaland, Manipur, Mizoram and Tripura; Sub-Himalayan West Bengal and Sikkim. All of these sub-divisions have had deficit rainfall, with Assam and Meghalaya being the worst at 30 per cent and Arunachal Pradesh the second worst at 26 per cent. According to recent reports, Arunachal is already staring at a massive water shortage with the state environment minister, Nabam Rebia, recently declaring that 200 rivers and streams have dried up in the state due to depleted forest cover and climate change. If deficit monsoon continues, the situation will further exacerbate in a state which was once touted to become India’s hydroelectric powerhouse.

Among the northeastern states, Manipur has received 195 mm rainfall between June 1 and July 12 as against the normal of 567 mm—which is a deficit of 66 per cent. The state has still suffered from flooding in this season. Even Meghalaya, which is known for some of the wettest places on the planet like Mawsynram and Cherrapunji , has received 40 per cent less rainfall than normal this season.

The floods in Assam had killed 32 people till July 2. This was despite the state having an overall rainfall deficit of 25 per cent this season. In fact, a state-wise analysis by scientists shows that in the future the magnitude of floods is likely to increase by about 25 per cent in Tripura, Mizoram, Manipur, parts of Meghalaya and Nagaland.

This is a trend not restricted to the current season alone. For the last five years, the North East has received less than normal rainfall during the monsoon with deficits ranging from 4 per cent in 2017 to 27 per cent in 2013.

The post-monsoon rainfall scenarios in the region are a cause for concern as 69 per cent, 59 per cent and 24 per rainfall deficit was recorded in 2014, 2015 and 2017, respectively. There has also been a massive increase in deficit when the pre-monsoon scenario is compared to the post-monsoon scenario. For example, in 2015, the deficit increased from 2 per cent to 59 per cent, a jump of 57 per cent.

Although the variability of rainfall, or the degree to which rainfall varies through time, has been historically low in the northeastern states, it is now changing because of climate change and thus affecting agriculture and water availability in the region, said a research paper published in the International Journal of Climatology in May 2012.

“The high relative variability and inter-annual variability of rainfall have created increased occurrence of droughts and floods in the recent times, leading to uncertainty in yield and increased agricultural vulnerability,” said a research paper on the climate change vulnerability of North East India published in Current Science in August 2011.