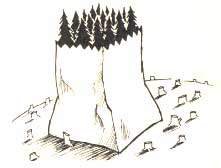 A hundred million dollars in cash and services seems a lot of money, but nobody's complaining. For that's the sum the Westinghouse Corpo-ration paid to the Philippines government as part of the settlement to the government's suit alleging that Westing-house and a subcontractor bribed a business associate of Ferdinand Marcos, former Philippines President. The bribe allegedly was part of a scheme to win a contract for building a nuclear facility in the Philippines in the 1970s. While the Philippines government "is satisfied with the compromise", Westinghouse continues to deny,its involvement in any bribery scheme.

Environmentalist are concerned by efforts to start up the plant, for it is to be located eight km from an active volcano and 40 km from three geological faults.