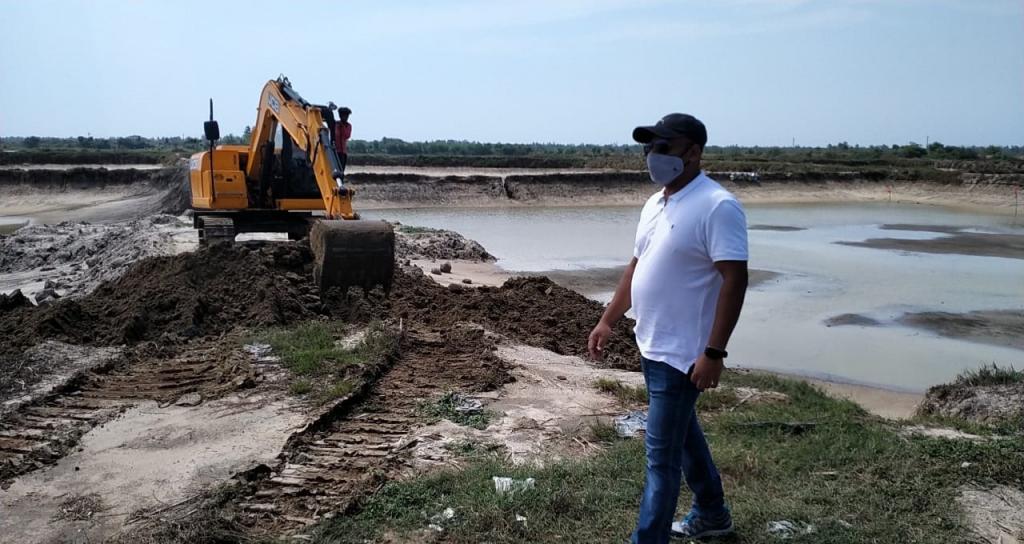 The drive to remove net gherries inside the lake and demolish prawn culture ponds in the fringe areas of the lake will continue for a few more days, official sources said. The lake spreads across Ganjam, Puri and Khurda districts.

“We demolished around 29 of the 97 acres of prawn culture pond areas in our region on the first day,” said Arun Kumar Sahu, tehsildar, Ganjam.  He added that they used low-intensive explosives to dismantle the embankments and demolish earth walls.

The blasting will not affect the animals in the Chilika as ponds are away from the banks, he added.

The eviction drive was also carried out in Puri and Khorda districts. “We do not have any fresh data of the areas in the lake that have to be made free of prawn gherries, as district administrations have been in charge of removing them,” said Sushant Nanda, chief executive of Chilika Development Authority (CDA).

An affidavit filed by him in Orissa High Court March 8, 2021 stated that over 15,500 hectares in the lake have been illegally encroached upon by illegal prawn culture enclosures and ponds.

More than 12,131 ha of the lake were under illegal prawn gherries, while around 1,440 ha under prawn culture ponds, in violation of the Centre’s Coastal Aquaculture Authority Act, 2005. He had filed the affidavit in connection with the court was hearing a public interest litigation for restoration of the ecology of the wetland.

Meanwhile, in a fresh order June 22, 2021, the high court directed the state government to submit a report on the status of the removal of prawn gherries and the criminal cases registered against illegal prawn farm operators by July 27 in Chilika Lake and Bhitarkanika.

“It is important to lodge criminal prosecutions to prevent the recurrence of encroachment and pollution activities in Chilika and Bhitarkanika,” amicus curiae Mohit Agarwal said in a report.

Meanwhile, Ganjam district administration has filed a case against 31 persons for developing prawn gherries by violating the Environmental Protection Act, 1986 and Prevention of Damage to Public Property Act,1984, sources said.

Environmentalist Prafulla Samantara said: “Chilika is the source of income for around 0.1 million people, especially fishermen of Ganjam, Puri and Khurda.”