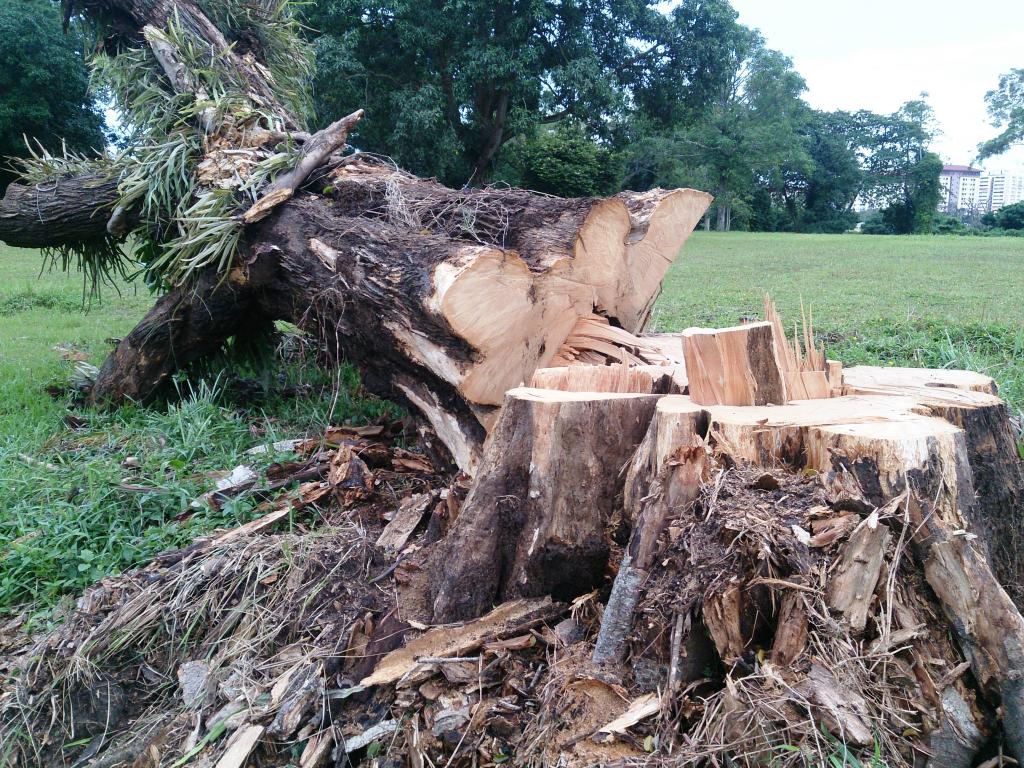 As many as 1,720 full-grown and old trees of different species will be felled for the widening of a 40 kilometre stretch of the National Highway 59 in Odisha’s Ganjam district.

The Rs 126-crore project is aimed at widening the road to 12 metre from 7 m between Ratanpur near Berhampur city and Mundamarai near Aska.

The felling of several old trees has already been started in Ratanpur by the Odisha State Forest Development Corporation. The green activists have expressed grave concern over it.

“After super cyclone Phailin uprooted almost all the plants along the roadside in 2013, trees were planted on the stretch. But all the roadside trees will be wiped out to widen the road,” said Sudhir Rout, founder of Aryabhatta Foundation, an organisation that propagated and undertook tree plantation in the state.

Instead of cutting down the trees, authorities need to be relocate them using proper machinery, as was done in different parts of the country, he suggested. It will maintain the greenery and ecosystem of the area, he said.

“We have urged the government to procure such a machine to relocate the trees without cutting,” he added. He, along with several other activists, has recently approached the divisional forest officer of Berhampur, Amlan Nayak, to stop felling.

The survival rate of the relocated trees, the DFO said, is very less as observed in experiments in other states. “We will take necessary steps and engage a firm from outside the state to relocate middle-aged trees,” he added.

“We had relocated around 1,000 trees in Baliguda, Kandhamal district with the help of a Hyderabad-based company. But the survival rate of the relocated trees was very less.”

He said they would plant double the number of trees as they would chop to maintain the volume of greenery. Around Rs 5.70 crore was the estimated provision of the project for removing trees and reforestation, he added.

The project would be completed in two years, while the contractor will look after the maintenance work of the road for five years after completion of the project, sources said.

As many as 16,45,410 trees have been chopped across Odisha over the last decade for various projects, said the state forest and environment minister Bikram Keshari Arukha, in a written reply to an MLA at the state Assembly on February 23.