According to the study, the rapid warming of the Indian Ocean has reduced the phytoplankton population by a fifth in the past 60 years 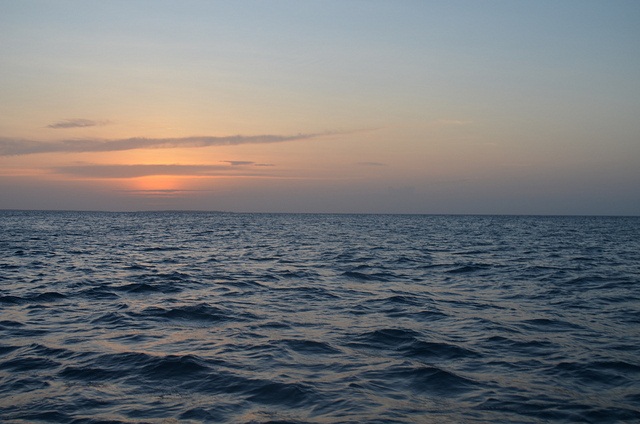 A recent study shows that ocean warming is affecting the marine ecosystem and its effect is more pronounced in the Indian Ocean among all other tropical oceans.

The study titled “A reduction in marine primary productivity driven by rapid warming over the tropical Indian Ocean” was conducted by Roxy Mathew Koll, a scientist at the Indian Institute of Tropical Meteorology. It was published in the journal, Geophysical Research Letters on Friday.

According to the study, the rapid warming of the Indian Ocean has reduced the phytoplankton population by a fifth in the past 60 years.

Phytoplankton are the ocean’s “primary producers” and account for approximately 50 per cent of all photosynthesis that takes place on Earth. They also provide nutrition for fish larvae and planktivorous fish such as the sand eel, herring and sardine, which are eaten in turn by the predatory fish such as tuna.

“Such a decline in the marine phytoplankton may cascade through the food chain, potentially turning this biologically productive region into an ecological desert. It may also impact food security in the Indian Ocean rim countries and also the global fisheries market,” Koll said.

“Indian Ocean (especially the western region) hosts the largest concentration of phytoplankton. However, with the ocean surface warming during the past century up to 1.2°C, the historical simulations indicate that the marine phytoplankton has decreased up to 20 per cent during the past six decades in the Indian Ocean. More recent satellite data shows that the decline is up to 30 per cent in the western Indian Ocean during last 16 years,” the study reads.

The rise in 1.2°C of the ocean surface temperature is colossal as compared to a global surface warming of up to 0.8°C during the same period, the report adds.

Large-scale distribution of tuna and other fish are associated with the phytoplankton availability and abundance. The Food and Agriculture Organization statistics show that the Indian Ocean accounts for 20 per cent of the total tuna catch, especially the most economically valuable Bigeye tuna, making it the second largest supplier to world markets. Statistics also indicate that the tuna catch rates in the Indian Ocean have declined by 50-90 per cent during the past five decades.

“Climate models suggest that the Indian Ocean will continue to warm under increasing (emissions from) greenhouse gases. Our study indicates a further decline in phytoplankton in the Indian Ocean, suggesting the vulnerability of the marine ecosystem. Decline in fisheries in this area can affect the developing countries in the rim, and also make it difficult to meet the demand from the global fisheries market, especially from countries like Japan, USA and several EU countries,” the authors said.