States fined thousands of crores over waste — but how did NGT calculate the penalty amount? 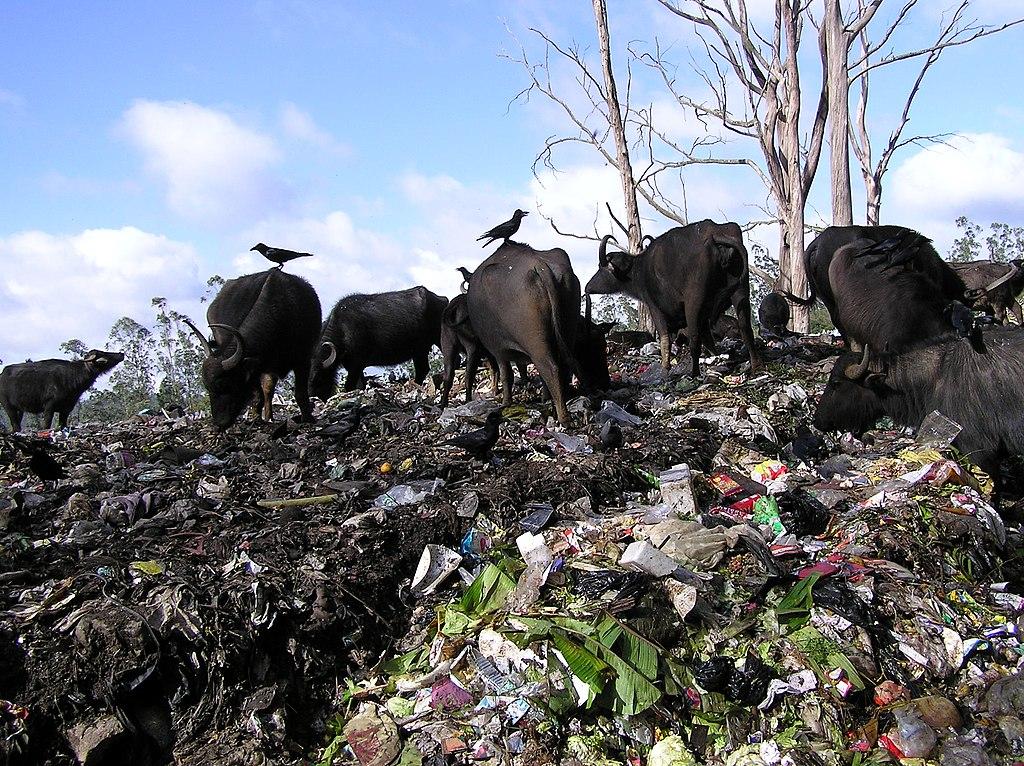 The penalty on the states has been equated to environmental compensation. Photo: Wikimedia Commons

The National Green Tribunal has slapped thousands of crores of fines on seven states on Supreme Court directions, totalling around Rs 28,180 crore and about Rs 2,000 crore in other cases. Maharashtra alone has to pay up Rs 12,000 crore, while Rajasthan, West Bengal and Telangana have to pay over Rs 10,000 crore in total. But how is tribunal calculating such huge figures for the penalty?

The NGT has equated the amount of penalty fixed on the states based on the “polluter pays principle” to environmental compensation and the cost of restoration. In some cases, the liability for sewage mismanagement is higher, while the legacy waste fine is more in others.

Read more: Will the plastic carry-ban in Delhi be enforced this time?

For example, the NGT elaborated on Telangana’s total fine of Rs 3,800 crore. The penalty scale was fixed September 1, 2022, in the case against West Bengal and Kusum Gupta vs Uttar Pradesh and others.

If the fine imposed on the states is compared with the Compensatory Afforestation Fund Management and Planning Authority (CAMPA), the penalty on the seven states is already half of the CAMPA fund.

In 2002, the Supreme Court created the ad hoc national CAMPA to compensate for forests cut down for development work. A total of 54 thousand crore rupees was deposited into the fund through forest compensation for decades. Since 2015, this fund has been slowly released to the states.

Amount of fine and cost of restoration

The compensation for untreated liquid waste (sewage) was determined to be Rs 2 crore per million litres per day (MLD) and Rs 300 per tonne for unprocessed legacy waste. The amount of fine for each state is calculated on this basis.

For Telangana, NGT imposed a fine of Rs 3,648 crore at the rate of Rs 2 crore per MLD of sewage for not being able to treat 1,824 MLD of the waste. It also imposed a penalty of Rs 177 crore for 5.9 million tonnes of legacy waste.

The tribunal did not account for violations committed by the day or the year while calculating the penalty. It is up to the state to fix responsibility after assessing the breaches of the old orders based on the polluter pays principle.

Read more: Most Indian villages do not have any waste management infrastructure: Study

If the states decide the penalty for the violation of the old order on this basis, then the figure of the fine can be quite large.

But how are the courts calculating such heavy fines? About 26 years ago, in 1996, the case of Almitra H Patel vs the Government of India reached the SC regarding scientific treatment and management of solid waste and sewage. The matter dragged on for almost 18 years.

The SC passed comprehensive orders in 2000 and 2004 over handling waste, but the states did not follow through. The court referred the case to the NGT in 2014, saying the tribunal had expertise in the matter.

The NGT has been hearing the case for nearly eight years now. September 8, 2022, it imposed the highest fine ever of Rs 12,000 crore on the Maharashtra government.

In the order, the tribunal quoted the SC’s September 2, 2014, observation in the Almitra H Patel vs the Government of India. It said, “handling solid waste is an eternal challenge. It requires sustained efforts. At the same time, it should also be ensured that the municipal corporation is held responsible.”

Handling of sewage and solid waste fines is covered in the 11th and 12th schedule of the Constitution, the NGT stated in all cases of non-compliance by the states. “It is the constitutional responsibility of the state and local municipal bodies to provide a pollution-free environment to the people, it said.

The state and local municipal bodies should collect funds for this, the NGT added. “It is the state’s responsibility to ensure the right to life. In such a situation, lack of funds cannot be an excuse,” it said.

All the states were not following environmental standards, the bench said, which is causing death and disease to the people. Violating the rules and disobeying the tribunal’s orders is a criminal act.

Under Justice Swatanter Kumar, former NGT chairperson, the Central Pollution Control Board (CPCB) had been asked to give details of environmental fines collected and spent, Rahul Choudhary, founder member of the Legal Initiative for Forest and Environment (LIFE) organisation and an expert on environmental law, told Down To Earth.

However, there still needs to be clarity on the fines. It was also later discovered that money under the CAMPA fund was misused and diverted. Thus with the current penalties, it is necessary to specify the purpose for the fine amount.

The states will not pay up these fines easily and might approach the SC over it, Chaudhary added. However, looking at the magnitude of the non-compliance by states, the penalty amount can be higher.

While fining the Maharashtra government, the tribunal gave the example of two small towns that are garbage free. “Excuses from states about non-funding will not be accepted,” the NGT said, bringing up Suryapet in Andhra Pradesh, with a population of 103,000 and Namakkal in Tamil Nadu, with 53,000 residents.

Read more: NGT’s Rs 3,800 crore fine on Telangana is the biggest one yet over waste disposal

What will happen to the fine amount?

The NGT expects to revamp sewage treatment plants and waste sites in the next six months with the amount of fine levied on all states. The bench has ordered the chief secretaries of all the states to deposit this penalty amount in two separate accounts.

This money will be used for time-bound sewage and solid waste treatment. If further orders are violated, the amount of the fine will be further increased, the bench has said.

National Mission for Clean Ganga and the Union Ministry of Housing and Urban Affairs have also been asked to monitor the fund. The bench asked the states to send a progress report to the tribunal every six months.