There is absolutely no segregation of menstrual waste at the household level; most of it lands up in landfills, against guidelines of Solid Waste Management Rules, 2016 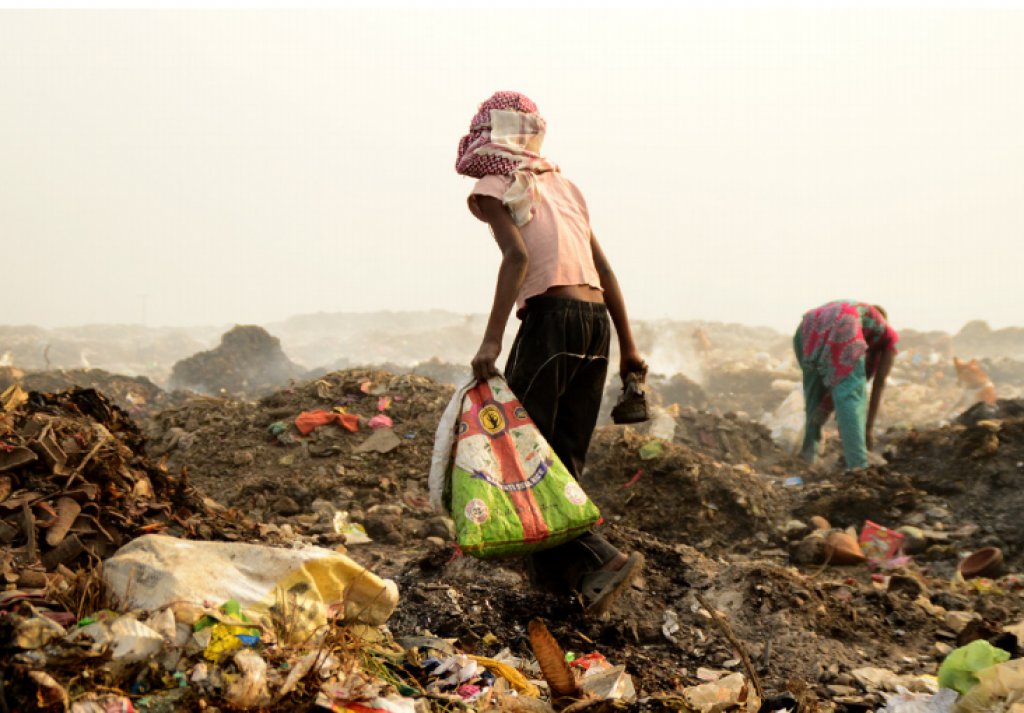 The unsustainable disposal of menstrual waste is a long-drawn problem: The environmental cost accrued is humungous, followed by a myriad of health concerns associated with its use and handling. A dialogue on shift to eco-friendly sanitary products — menstrual cup is an example — is picking up. But progress has been tardy. Why?

Lack of awareness and an increased dependency on inorganic products makes the switch difficult, according to Aakanksha Mehrotra, programme coordinator, Toxics Link, a non-profit that recently released a report on disposal practices of menstrual waste by Indian women.

She told Down to Earth:

“Misconceptions as well as taboos are also deeply rooted in the Indian society, particularly in regard to insertable products such as menstrual cups and tampons. A higher cost of organic disposable sanitary products in India breeds scepticism regarding these products, particularly in case of low-income households.”

The study, published June 3 and titled Menstrual Products and Their Disposal has shed light on these trends in urban areas: The shift to organic sanitary products is tardy, often hampered by lack of knowledge, access and stigma.

It also found that not a single respondent it surveyed segregated menstrual waste, which meant almost all of it landed up in landfills. The Solid Waste Management (SWM) Rules, 2016 recommend all menstrual waste to be transferred and treated in large-scale biomedical waste incinerators.

The data set received was of 487 women, predominantly from New Delhi, Maharashtra and Uttar Pradesh.

SWM Rules acknowledge that according to the Bio-Medical Waste Management Rules, 2016, items contaminated with blood and body fluids, including cotton, dressings, soiled plaster casts, lines and bedding, are bio-medical waste and should be incinerated, autoclaved or microwaved to destroy pathogens.

But only 1.4 per cent of the women surveyed used incinerators; 54.8 per cent claimed to throw the waste in a separate bin with wrapping. But a survey of 55 waste workers in capital Delhi, conducted in parallel with Toxic Links, revealed that 83.6 per cent of them found sanitary waste in the regular waste they collected. A 100 per cent of respondents denied segregating menstrual waste from general waste.

The study found that more than half the women (57.5 per cent) did not understand the fate of the disposed menstrual waste and its impact on the environment. Yet, 88 per cent of them were willing to shift to environment-friendly alternatives; 51 per cent were willing to spend more to move to sustainable sanitary products.

“Accessibility stems from demand. If organic and eco-friendly products are more in demand, the market will flourish and there would be a heightened sense of awareness,” she said.

Why segregation is important

Sanitary waste needs to be wrapped securely in the pouches provided by the manufacturer or brand owners and handed over separately to the waste collector to avoid manual handling of such waste, according to SWM, 2016. But the implementation on ground is negligible.

Nearly 70 per cent of the waste workers surveyed revealed that they received soiled napkins mixed with the household waste; 67.3 per cent of them had no idea if coming in contact with menstrual waste could be harmful for their health.

The survey found that 29 per cent did not use any personal protective equipment while collecting / handling waste. They are exposed to harmful microorganisms like staphylococcus, e. coli and salmonella typhus, which can cause diseases like tetanus and hepatitis.

“The long-term impact of lack of segregation will ultimately lead to overfilling of our landfills with chemicals and plastic-laden sanitary pads. These plastic products may even convert into smaller particles called microplastics, which are an emerging threat to our environment,” said Mehrotra.

She said it was important that “menstrual waste is classified as biomedical waste so that its proper disposal using correct technologies can be carried out”.

Improper management of menstrual waste has several long-term implications. A year worth of menstrual waste products generates a carbon footprint equivalent to 5.3 kilogram of carbon dioxide emissions per person per year in the United Kingdom, according to a study.

Menstrual waste that is flushed down the toilets or discarded in water bodies comes in direct contact with water, which then serves as breeding grounds for bacteria that contaminate the drinking water.

The plastic components of the waste require 400 years to degrade in the landfill, but only when the waste is decomposed in an organic open-air environment. Waste discarded in polyethylene bags devoid of air may take almost double the time. Or may never biodegrade at all.

The single usage plastic components in these products mostly find their way to the landfill where it stays there for the next 500 years at least.

There are health concerns as well: Inorganic sanitary products contain bisphenol A and bisphenol S, industrial chemicals used to make certain plastics, which can cause hindrance in embryonic development.

In order to absorb more wetness, most commercially available menstrual products have a synthetic fiber called rayon. During the process of rayon bleaching, dioxin — a well-known carcinogen — is released that can cause liver dysfunction.

Several manufacturers add deodorising agents to sanitary napkins to keep them ‘fresh’. But this may involve usage of chemicals that can be potential hormone disruptors, cancer-causing chemicals.