Storm season begins in India but not as strong as predicted

Rainfall and thunderstorms predicted for some states on March 22-24 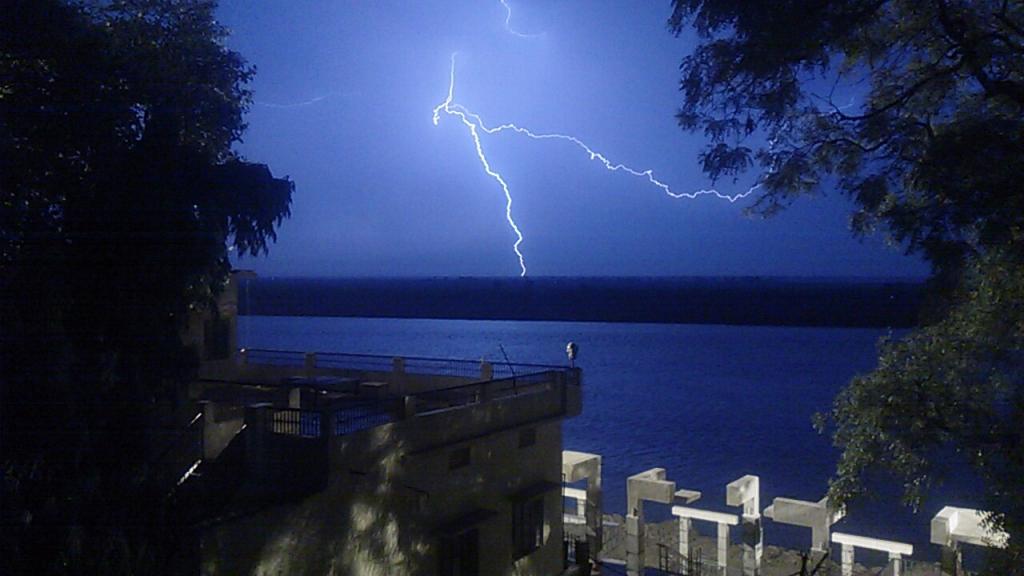 The intense storm season foretold by the flowering of the mango trees across India in February seems to have arrived, with signs of the first major storms visible already.

Some Indian states are likely to receive rainfall and experience thunderstorms with lightning from March 22-24, 2021, the Indian Meteorological Department (IMD) said.

On March 22, the weather in many parts of north, north-west and central India, and two places in Telangana and Andhra Pradesh, were marked by lightning, indicative of the ongoing storms in these areas, according to IMD’s thunderstorm observation system report at 4pm.

The area covered by storms, however, reduced drastically the following day. Till 11.30 am on March 23, thunderstorms and lightning had occurred in Jammu and Kashmir, Rajasthan and Maharashtra.

According to a press release issued by the India Meteorological Department (IMD), the thunderstorms might be occurring due to:

IMD data shows that temperatures cooled down a bit across north and north-west India on March 22. The previous day’s storms and rainfall might be the reason for this dip in mercury.

In the North East, temperatures are on the rise, making the region susceptible to coming storms. Most parts of Arunachal Pradesh, Assam, Nagaland, Manipur and Mizoram experienced temperatures of up to 7 degree Celsius (°C) above normal on March 22.

An orange alert is an indication for the people and authorities to “be prepared” for disasters that can be caused by heavy rainfall, ferocious winds and lightning strikes.

The department issued yellow alerts for Jammu and Kashmir, Ladakh, Gilgit-Baltistan, Muzaffarabad, Himachal Pradesh, Uttar Pradesh and Maharashtra for March 22. This is an indication that people and authorities need to be ‘on watch’.

The IMD alerts had been issued for March 21 as well for Jammu and Kashmir, Ladakh, Gilgit-Baltistan, Muzaffarabad, Himachal Pradesh, Punjab, Rajasthan, Madhya Pradesh and Maharashtra but the only three states which received any rainfall on the day were Sikkim, Maharashtra and Kerala.

The absolute amount of rainfall was also not very high. Though IMD data shows that it was 15 times the normal amount in Maharashtra, the reason could be that the normal rainfall for the day was a minuscule 0.1 mm.

On March 22, there was more widespread rainfall across many states like Punjab, Himachal Pradesh, Jammu and Kashmir, Ladakh, Maharashtra and Haryana but it was still not a cause for alarm.

In terms of excess percentages of rainfall, Maharashtra was again the highest at seven times the normal rainfall while in terms of absolute rainfall Jammu and Kashmir received the highest — 10 mm — of rainfall.

The unusual heating up of India, which began as early as January, continued into February and the three weeks of March. The higher-than-normal temperatures were evidenced by the early flowering of Rhododendrons in Uttarakhand and Himachal Pradesh, which started off as early as January in 2021.

The usual flowering time for rhododendrons - evergreen trees which grow at a height of 1,500 metres to 3,600 metres above mean sea level - is March/April as the average temperatures required for the flowering is 15-20°C.

Local people have observed that these temperatures are being reached much earlier in the last few years. They are witnessing the bright red flowers much sooner than before.

On March 21, the temperatures were higher than normal in most parts of north western and northern India.

Hot land areas are the generator of convection currents — upward movement of wind — which swirl up into the atmosphere, absorbing moisture and carrying dust or hail with them.

If there is thunder and lightning involved, they become thunderstorms. Dust and hail make them dust storms and hail storms, respectively.