Mango trees are flowering well this season; why then are farmers worried? 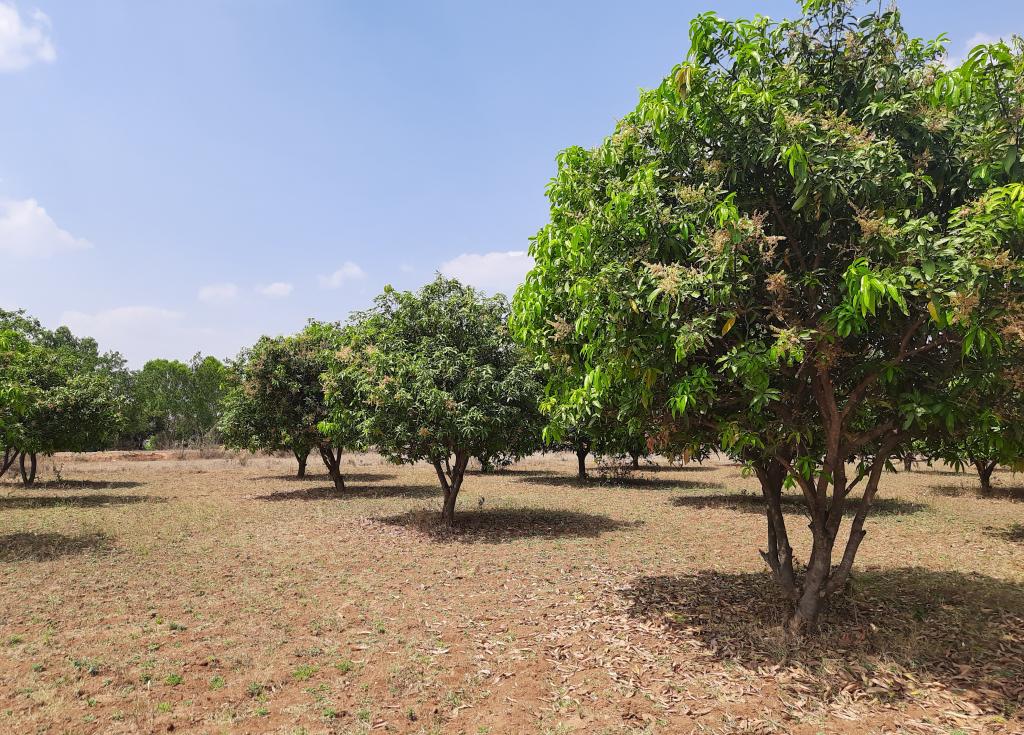 An unusual development has left the farmers in several parts of India in a bind: Mango trees have started bearing flowers in abundance, and they fear the phenomenon would entail stormy weather and heavy rainfall. This, according to them, is what traditional knowledge tells them.

The last time there was such flowering in Kerala was in 2018, when the state witnessed its worst floods in a century.

“Back then, we laughed at our elders. But they were eventually proven right,” said Krishnan.

According to traditional knowledge, plants and trees change their behaviour when they “sense an upcoming flood or drought”, according to Krishnan. The link to storms and rainfall could be through warming of the land and atmosphere, which is needed for both flowering and convection, a process that generates storms.

“The two main factors needed for good flowering in mango trees is long exposure to light and heat,” said MD Subhash Chandran, professor of ecology at the Indian Institute of Science, Bengaluru.

Temperatures have been higher than normal in many parts of India in the last two months.

“Temperature has a dominant influence on the growth cycle, time and frequency of flowering, fruit growth as well as taste and appearance
of the mango in almost all production areas,” wrote Shailendra Ranjan, head of the division of crop improvement and biotechnology at the Central Institute of Sub-tropical Horticulture in Lucknow, in a paper from 2012.

“Growth requires comparatively higher temperatures while inflorescence emergence starts just after the coldest period of the winter in the region. Flowering progresses as the temperature increases,” he added.

Extended periods of heat also cause the air near the surface to rise up to the upper layers of the atmosphere. The moisture in the air (if any) also rises up and causes a swirling of the air known as convection.

Such convective storms cause heavy rainfall all over India and are often accompanied by lightning, hail and dust. This correlation of heating causing both events would have been observed by agriculturalists over millennia to integrate it into traditional beliefs.

Another peculiar event has been the sprouting of flowers, buds and fruits at once in the mango trees of Wayanad. This is unusual as trees normally bear flowers and fruits together.

This may be an indication of a changing climate, according to Krishnan. He pointed out that the rainfall in the state in 2020 was highly unusual. There was rainfall in the pre-monsoon months of March, April and May. While June brought some monsoon rains, July, August and September remained mostly dry. Then the rains picked up in October.

Krishnan’s hypothesis was backed by Chandran, an expert on the ecology of the Western Ghats. The latter attributed excess humidity due to unseasonal rainfall as the reason behind the unique presence of flowers, buds and fruits all at once on trees.

In fact, the southern part of India, including Kerala, has been going through an intense spell of rainfall for the last two months as well. Kerala received almost five times its normal rainfall from January 1 to February 22 for this period of the year.

Chandran said the flowering of mango trees starts in regions closer to the equator, but it is not usually dense due to non-conducive weather. Regions with more pronounced seasons such as in the Deccan region and north India have better flowering.

Mango trees in Telangana bloomed with flowers as well, despite the state remaining mostly dry between January 1 and February 22. It, in fact, received 75 per cent less rainfall than normal in the period.

On the other hand, in Belgaum, Karnataka, mango trees have shown considerably less flowering this season, according to Suresh Desai, an organic farmer.

Desai added that only 30 per cent trees bore flowers. The traditional belief, in Desai’s area too, is that excess flowering brings more storms.

Chandran said local climate regimes could be at play. Personally, Desai was not worried about less flowering; he has already cultivated a variety of mangoes that bore fruits early.

In fact, a couple of days ago, Desai sent his first mango crop of the season to the market. “Even if the storm comes, the fruits from my mango trees will not fall. They are resilient to many such weather events,” Desai quipped.