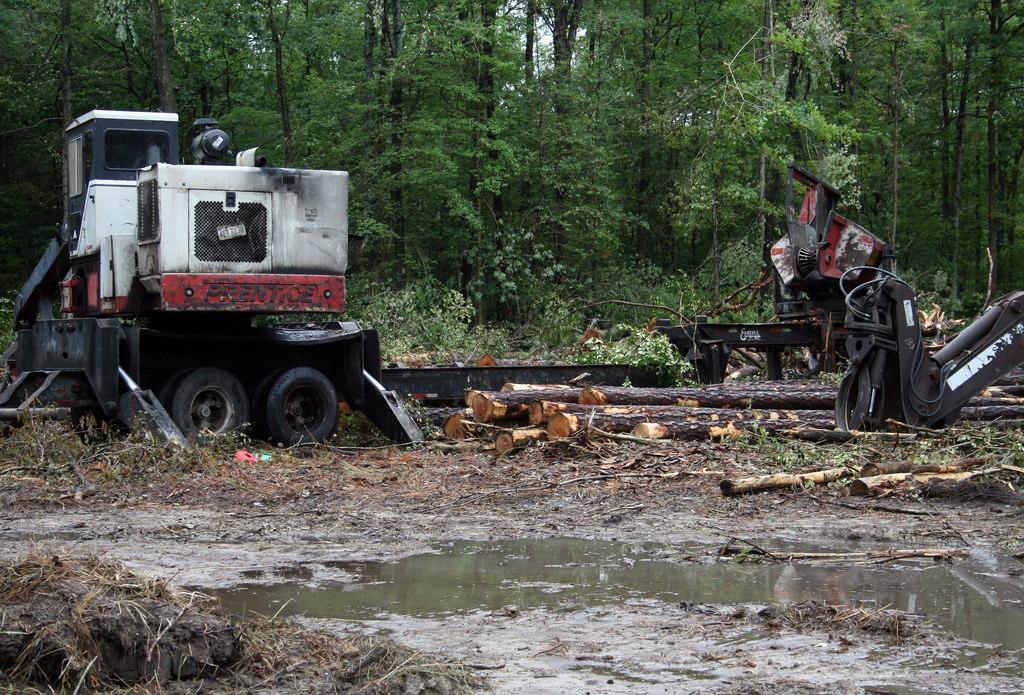 In the Brazilian Amazon, 95 per cent of all forest destruction occurs within 5.5km of roads

If you asked a friend to name the worst human threat to nature, what would they say? Global warming? Overhunting? Habitat fragmentation?

A new study suggests it is in fact road-building.

“Road-building” might sound innocuous, like “house maintenance” – or even positive, conjuring images of promoting economic growth. Many of us have been trained to think so.

But an unprecedented spate of road building is happening now, with around 25 million kilometres of new paved roads expected by 2050. And that’s causing many environmental researchers to perceive roads about as positively as a butterfly might see a spider web that’s just fatally trapped it. A Malayan tapir killed along a road in Peninsular Malaysia. WWF-Malaysia/Lau Ching Fong

The new study, led by Pierre Ibisch at Eberswalde University for Sustainable Development, Germany, ambitiously attempted to map all of the roads and remaining ecosystems across Earth’s entire land surface.

Its headline conclusion is that roads have already sliced and diced Earth’s ecosystems into some 600,000 pieces. More than half of these are less than 1 square kilometre in size. Only 7% of the fragments are more than 100 square km.

In the Brazilian Amazon, for instance, our existing research shows that 95% of all forest destruction occurs within 5.5km of roads. The razing of the Amazon and other tropical forests produces more greenhouse gases than all motorised vehicles on Earth.

Animals are being imperilled too, by vehicle roadkill, habitat loss and hunting. In just the past decade, poachers invading the Congo Basin along the expanding network of logging roads have snared or gunned down two-thirds of all forest elephants for their valuable ivory tusks. Deforestation along roads in the Brazilian Amazon. Google Earth

Worse than it looks

As alarming as the study by Ibisch and colleagues sounds, it still probably underestimates the problem, because it is likely that the researchers missed half or more of all the roads on the planet.

That might sound incompetent on their part, but in fact keeping track of roads is a nightmarishly difficult task. Particularly in developing nations, illegal roads can appear overnight, and many countries lack the capacity to govern, much less map, their unruly frontier regions.

One might think that satellites and computers can keep track of roads, and that’s partly right. Most roads can be detected from space, if it’s not too cloudy, but it turns out that the maddening variety of road types, habitats, topographies, sun angles and linear features such as canals can fool even the smartest computers, none of which can map roads consistently.

The only solution is to use human eyes to map roads. That’s what Ibisch and his colleagues relied upon – a global crowdsourcing platform known as OpenStreetMap, which uses thousands of volunteers to map Earth’s roads.

Therein lies the problem. As the authors acknowledge, human mappers have worked far more prolifically in some areas than others. For instance, wealthier nations like Switzerland and Australia have quite accurate road maps. But in Indonesia, Peru or Cameroon, great swathes of land have been poorly studied.

A quick look at OpenStreetmap also shows that cities are far better mapped than hinterlands. For instance, in the Brazilian Amazon, my colleagues and I recently found 3km of illegal, unmapped roads for every 1km of legal, mapped road. A logging truck blazes along a road in Malaysian Borneo. Rhett Butler/Mongabay

What this implies is that the environmental toll of roads in developing nations – which sustain most of the planet’s critical tropical and subtropical forests – is considerably worse than estimated by the new study.

This is reflected in statistics like this: Earth’s wilderness areas have shrunk by a tenth in just the past two decades, as my colleagues and I reported earlier this year. Lush forests such as the Amazon, Congo Basin and Borneo are shrinking the fastest.

The modern road tsunami is both necessary and scary. On one hand, nobody disputes that developing nations in particular need more and better roads. That’s the chief reason that around 90% of all new roads are being built in developing countries.

On the other hand, much of this ongoing road development is poorly planned or chaotic, leading to severe environmental damage.

For instance, the more than 53,000km of “development corridors” being planned or constructed in Africa to access minerals and open up remote lands for farming will have enormous environmental costs, our research suggests. Orangutans in the wilds of northern Sumatra. Suprayudi

This year, both the Ibisch study and our research have underscored how muddled the UN Sustainable Development Goals are with respect to vanishing wilderness areas across the planet.

For instance, the loss of roadless wilderness conflicts deeply with goals to combat harmful climate change and biodiversity loss, but could improve our capacity to feed people. These are tough trade-offs.

One way we’ve tried to promote a win-win approach is via a global road-mapping strategy that attempts to tell us where we should and shouldn’t build roads. The idea is to promote roads where we can most improve food production, while restricting them in places that cause environmental calamities. The bottom line is that if we’re smart and plan carefully, we can still increase food production and human equity across much of the world.

But if we don’t quickly change our careless road-building ways, we could end up opening up the world’s last wild places like a flayed fish – and that would be a catastrophe for nature and people too.