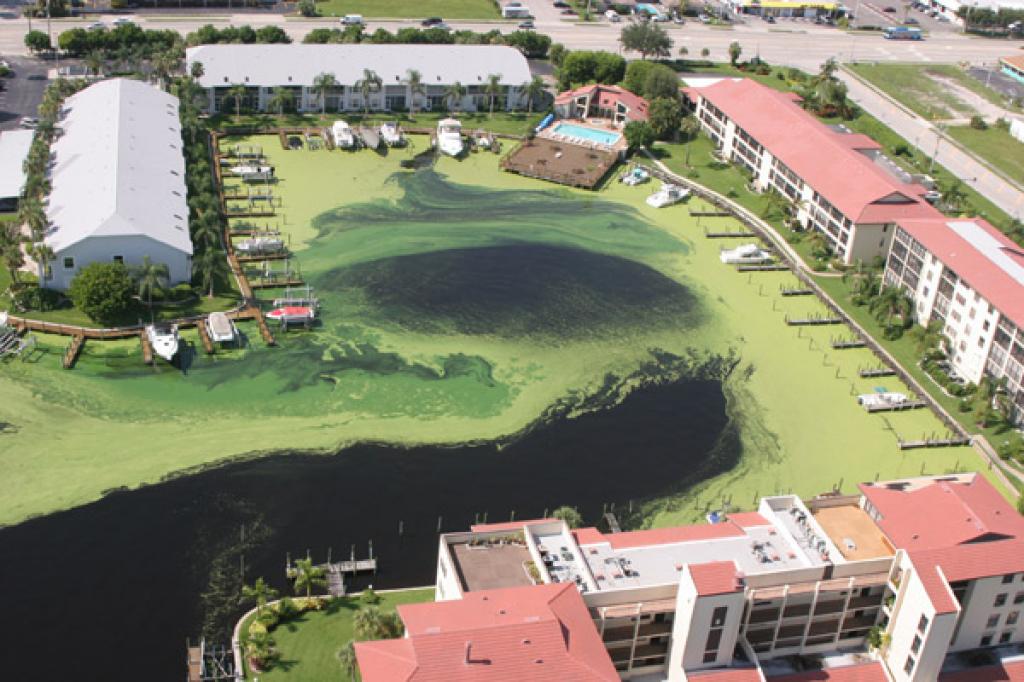 Water bodies in four southern Florida counties are seeing the spread of toxic, foul-smelling algae that has raised health and environmental concerns in the region. The spread of the blue-green algae is so massive that Florida Governor Rick Scott has declared a state of emergency in Martin and St. Lucie counties. Residents have been warned to stay away from discoloured water and not use it to water their lawns.

The thick, putrid algae originated in Lake Okeechobee, the largest freshwater lake in Florida. Water discharged from the lake led to the spread of the algae in the surrounding regions.

Toxins released from the decaying algae can cause skin rashes, vomiting and respiratory problems in people, according to an article in The Guardian. Locals in St. Lucie are now staying indoors to avoid exposure to the odour or leaving the area temporarily, other media organisations reported.

The algae are also a risk to marine life. Loggerhead Marinelife Center, a Florida-based non-profit education and ocean conservation facility, has said it is monitoring the situation to see if the algae affect sea turtles. It has admitted that if the blue-green algae are found to release neuro-toxins, they can cause loss of muscle control and possible seizures in the turtles.

Meanwhile, Governor Scott has blamed the inaction of the Barack Obama-led administration in taking measures that can contain the algal blooms. He said in a statement: “Florida’s waterways, wildlife and families have been severely impacted by the inaction and negligence of the federal government not making the needed repairs to the Herbert Hoover Dike and Florida can no longer afford to wait. Because the Obama Administration has failed to act on this issue, the US Army Corps of Engineers continues to discharge millions of gallons of water into the St. Lucie and Caloosahatchee estuaries resulting in the growth of blue-green algae which is now entering residential waterways in South Florida.”