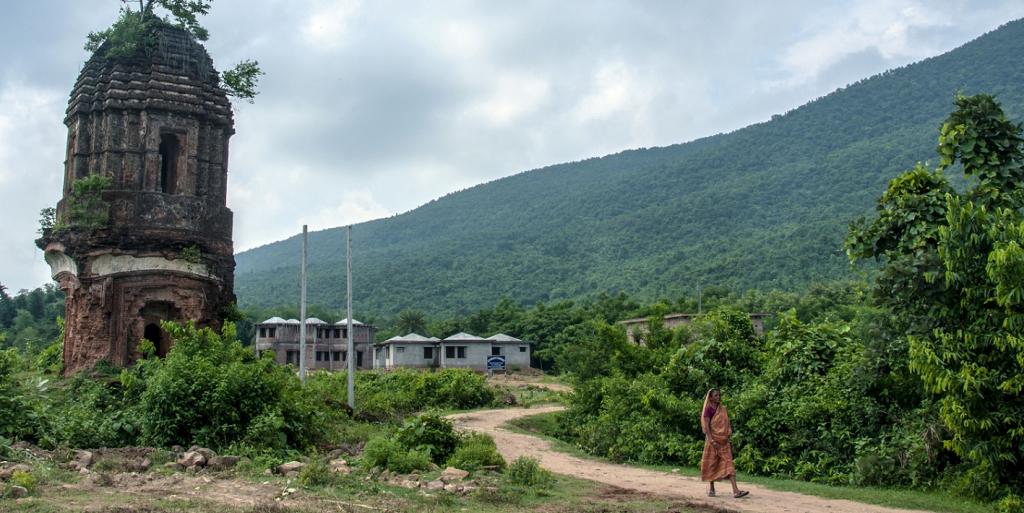 “We do not want Thurga Project in our locality. Therefore, we earnestly request your good self to save us from this monstrous project,” reads a plea addressed to the District Magistrate from villagers in Ayodhya hills. The hills, located in the easternmost part of the Chhotanagpur Plateau, are contiguous with Dolma range and have a total forest cover of 10,000 sq km. According to the spirit of the letter, power plants such as Thurga harm the forests, elephants and tribals.

In 2006-07, Japan International Cooperation Agency (JICA) invested in building dams in Ayodhya hills under ‘Purulia Pump Storage Plant’ (PPSP). For the pumped storage plant two dams, both in upstream and downstream, need to be built. When water will flow downstream, it will be stored for generating electricity. During dry spell, water from the dam downstream will be pumped back into the upstream dam. While water is meant for Ranchi and Arambagh, the local tribals, who are hit by water scarcity, do not stand to benefit much from this project.

“We were promised jobs and free electricity when PPSP started. However, the electricity was diverted to Arambag and Ranchi. Only temporary jobs were provided to us,” says a tribal villager from Hatinada. “The Bamni area (ecologically rich region) has already been destroyed due to PPSP. Crops are affected due to water scarcity,” rues a tribal farmer from Teliabhasha.

Seven forested hills were cut down, which included more than 350,000 trees. “Where will we go if they cut off our sacred grove of Marang Buru?” asks an elderly resident of Ranga village. “Tribals are inextricably linked to forests. They make their homes and cultivation tools from the forest. Trees are chosen to witness their marriages. Their cattle graze in the forest grass. All these get affected,” says Shib Shankar, a student.

“One of our sacred places of Sutantandi lies within the Ayodhya village panchayat which deserves to stay without any intrusion. For its conservation and protection from appropriation, we demanded that the area be made out of bounds for conversion. “Government remains non-vocal about our demand of the reservation of Sutantandi,” reads the letter as translated by Mekhla Bhowmik, a post-graduate student of Calcutta University.

“Now we have to live with the fear of the disturbed and displaced elephants invading our homes and fields. It was the most natural reaction of the flock after facing frequent destruction of their habitats and dearth of food,” states the plea. “The EIA report claims that this is not an elephant corridor,” protests environmental activist Rakesh Mudli. “There are at least 12-14 elephants in this area. Even tribal children understand that elephants have a big appetite and need large areas to forage,” he says.

“We have also come to know that public hearing with the villagers regarding environmental impact has been done and consent in favour of this project on the part of the villagers has been gathered by the government. On the contrary, we lack complete information and details regarding it,” the letter clarifies. “Villagers were asked to come for the Swasthya Sathi Prakalpa (a health project), offered meals at Panchayat Office or summoned for giving jobs. There, they were asked to sign some papers. Majority of them are in the dark as they were not told that they were signing on consent papers for the project,” argues social activist Suman Mondal.

Experts question the objective of a development project that is going to only intensify water scarcity in the already dry Chhotanagpur plateau region.