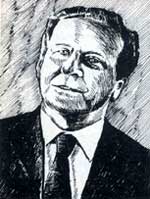 CARLO Ripa di Meana, the European Community's commissioner for environment since 1988, has resigned reportedly following criticism by member-states of his refusal to attend the Earth Summit in Brazil in June. He will become the environment minister in his own country, Italy, and be replaced at the EC by commission president Jacques Delors.

Delors, who is expected to take a much softer stand on EC environment issues, has been repeatedly urging the Community to "get out of the environment". His urging is reportedly being taken largely under pressure from the British and German governments. In England, however, the Liberals have dubbed the proposal to "return environmental powers to nation states" (from the EC) as "bonkers".

Ripa di Meana stayed away from the Rio meeting to protest EC's "failure to take sufficiently tough action", and giving in to US pressure on global environment. He has also drawn flak for insisting that EC member states adhere to EC's environment laws. Ripa di Meana's energy in this was recently attacked by British foreign secretary Douglas Hurd as an exertion of "influence in every nook and cranny of daily life".

Ripa di Meana's resignation puts on hold his plans for an European energy tax and an European Environment Agency. Also affected is his plan for "car-less" cities, which is regulating car entry into city centres.

Ripa di Meana's exit is also seen as connected with England's taking over the presidentship of the EC from June 1, as he had initiated several environmental investigations in England, including alleged failure to carry out environment impact assessments prior to starting work on construction projects, and the dumping of toxic wastes in South Wales.

Meanwhile, the EC has virtually turned a blind eye on England's continued isolation of EC's water quality norms. The EC court in Brussels recently postponed hearings on charges that the British are not complying with EC environmental regulations concerning water purity. EC and UK concede the relaxation of water purity rules was a "political deal" negotiated because England is to take over the EC presidency.