Barring north India, other parts of the country will witness warm weather

A western disturbance approaching India will bring fresh bout of rainfall and snowfall in the northern part of the country.

This is good news for tourists visiting Jammu and Kashmir and Himachal Pradesh where a thick blanket of snow will greet them.

However, due to possibility of landslides the Jammu-Srinagar highway can witness disruptions from January 28 to 30. Besides, some high-altitude villages in Jammu and Kashmir and Himachal Pradesh may be cut-off due to heavy snowfall.

The interesting thing this year is that parts of central and eastern India (where rainfall chances are generally slim during winter) have received normal to excess rainfall. 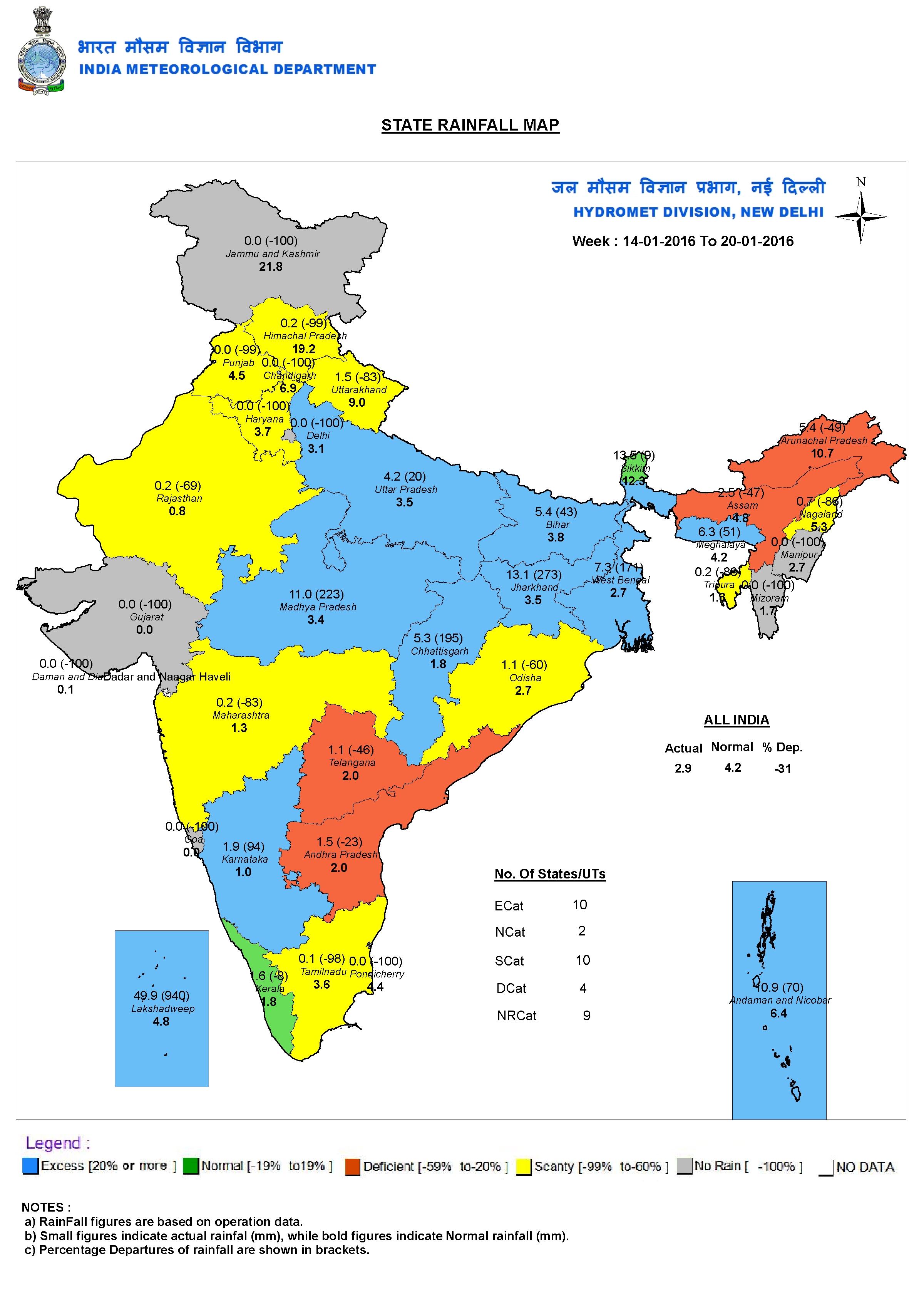 This was the result of an upper air trough around mid January which brought rainfall in these parts. Jharkhand and the eastern region of Madhya Pradesh have already received heavy rainfall.

The minimum temperature is likely to rise by a couple of degrees in these areas due to cloud cover.

On Friday, the impact of the western disturbance will be the maximum. Rainfall is expected in Jammu. Moderate to heavy snowfall is expected in the Kashmir Valley (Gulmarg, Sonamarg and other hill stations). Srinagar is likely to receive both rainfall and snowfall. Snowfall is also expected in Kargil and Ladakh.

The higher reaches of Himachal Pradesh will also get moderate to heavy snowfall on Friday. This includes places like Manali, Keylong and areas in Lahaul and Spiti valley. 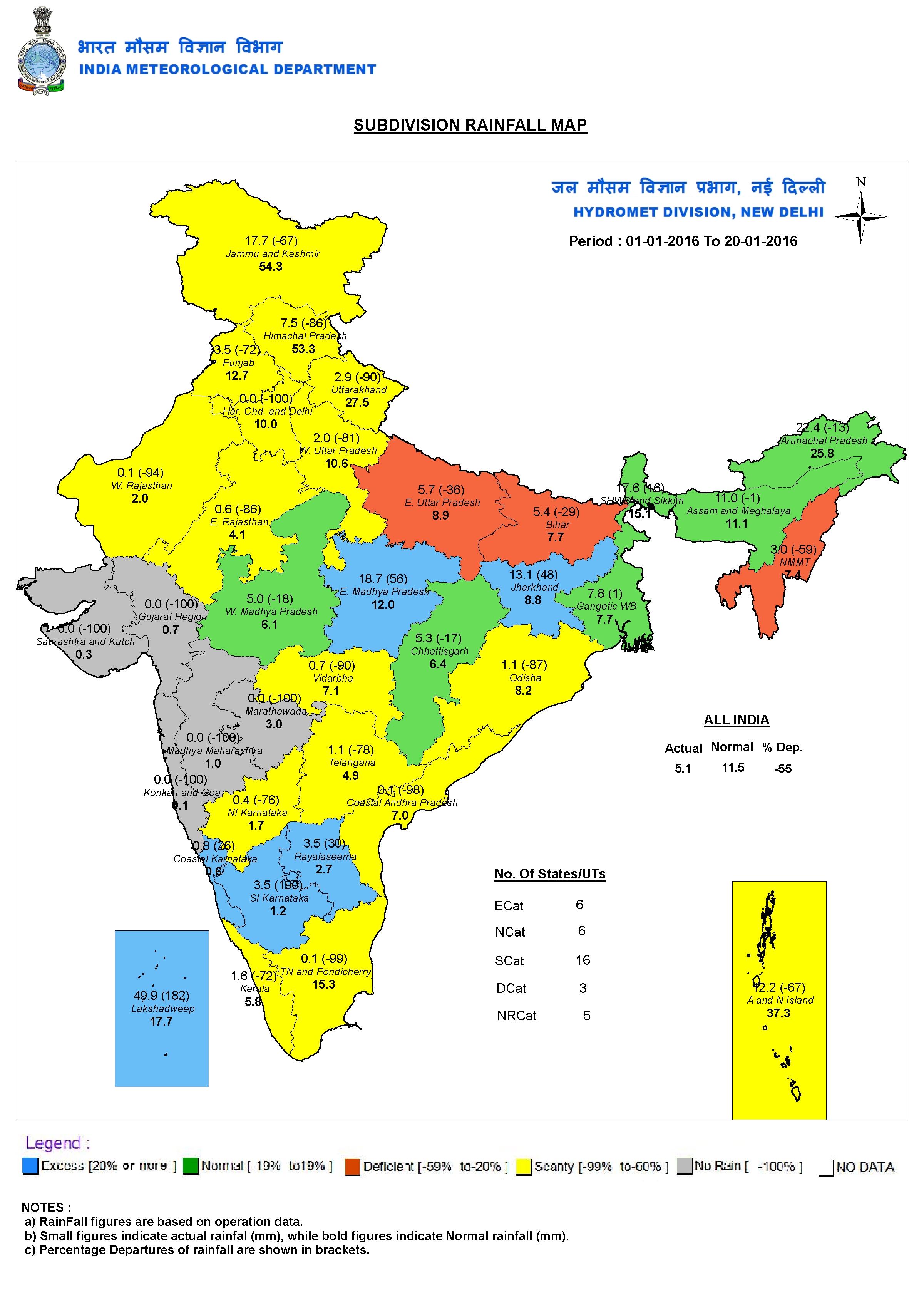 Like Srinagar, a mixture of rains and snowfall is expected in Shimla too. High altitude places in Uttarakhand will receive light snowfall.

Coming to the plains, rainfall is expected in Amritsar, Ludhiana, Chandigarh and other adjacent areas.

As a result of cloud cover, rainfall and snowfall, maximum temperatures will plunge in parts of Jammu and Kashmir, Himachal Pradesh and Punjab and remain below normal.

Rainfall and snow will continue on Saturday in the early hours, but from the afternoon, the effect of the western disturbance will wane.

As per current weather models, it looks like the western disturbance will fail to bring any rainfall in Delhi and adjacent areas. But with increase in the moisture level, foggy conditions may be expected between January 29 and January 31.

Barring north India, other parts of the country will witness warm weather. During the weekend, an anti-cyclone (a high pressure region) in the lower levels of the troposphere will move over western India.

This will cause warm conditions in Maharashtra, Goa and Karnataka (coastal areas), particularly between January 28 and February 1.

The wait for widespread rainfall and snowfall in north India is on as dry weather continues to affect agriculture and tourism.

In the National Capital Region, proper “natural cleansing” of air could not take place due to poor rainfall.

Haryana, Chandigarh and New Delhi have not received any rainfall this year. Rajasthan, Punjab, Himachal Pradesh, Jammu and Kashmir and Uttarakhand have received scanty rainfall (60 to 99 per cent below normal) till now.

Going by data, the rainfall scenario is poor in certain places after the withdrawal of last year’s summer monsoon.

Between October 1, 2015 and January 27, 2016, New Delhi has received just 1.6 mm rainfall. This is just 5 per cent of normal rainfall when considered over a three-month period.