A lesser known rice bean that's healthier than most

Despite having immense nutritive and medicinal properties, the rice bean is a lesser-known pulse 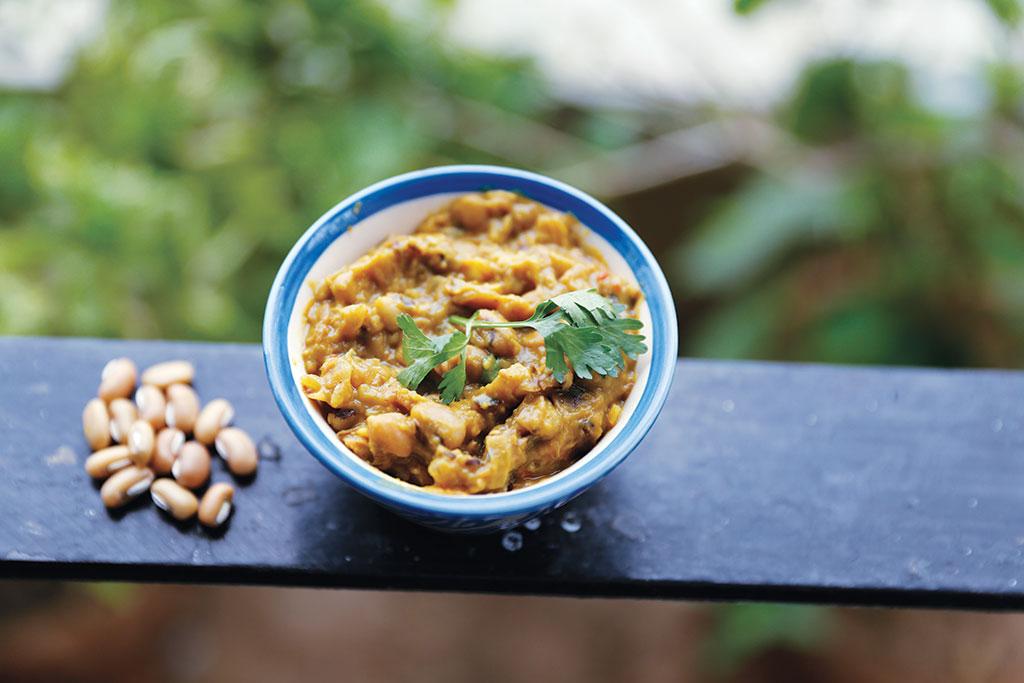 When I recently visited the Kisan Mela at the Pusa Institute in New Delhi, I met Soumyadipta Roy of Lunar Agro Products from Tinsukia, Assam. I had interacted with him earlier for an article. “I am trying to promote naga dal,” he said. He took me to his stall and pointed to a basket of beans, which looked like rajma, but was few shades paler. Rinita Thiyam of Green Foundation, Imphal, who was also at the mela, said it was rice beans.

Roy, an erstwhile pilot, has been working in remote areas of the Northeast to promote agro-products. He was marketing the rice beans for Paul Longsaola, who owns the brand Poumai. She works out of a small town called Senapati in Manipur.

Usually the beans are available only in the local market as it is not known outside the area. Due to little awareness, Roy had to dispose of about 2 metric tonnes of this rice bean as there were no buyers.

The bean has a number of varieties, which are different in colour and size. It is known by different names—rice bean (Vigna umbellate), climbing mountain bean, mambi bean, oriental bean and chakhawai in Manipuri. In Nepal, it is called masyang, and in Uttarakhand, it is known as naurangi dal. But the size of the dal from Uttarakhand is very small as compared to the size of the bean from the Northeast.

“Naurangi suggests that this crop has nine colours of grains. In Uttarakhand, it is usually cultivated under the multi-crop system in medium to high altitude hilly areas where other pulse crops fail to grow. It is a robust species of pulses which can tolerate drought as well as excessive rain,” says Devender Singh Negi, who heads the State Training Centre for Organic Farming in Majkhali, Ranikhet district, Uttarakhand. It is also resistant to grain pests and has a longer shelf life. “The plant spreads over the ground with high density of leaves and vine. Thus, it contributes to soil conservation as it protects the soil from the direct exposure of sun and rain and retains moisture,” says Negi.

The rice bean is said to have originated in Asia. It is found in India and central China in the wild. It was introduced in Egypt by the Arabs. It is now being cultivated in Asia, the US, Australia and tropical Africa. In Madagascar, the flour of dried germinated rice bean seeds is given as food to children. Longsaola says, “Planting usually begins in July and harvesting is done in October-November. The time to plant and harvest varies from area to area.”

Local people believe the taste of the bean gets better with increasing altitude. Probably that is the reason the Northeast is a treasure trove of beans unknown to those living in the plains. A study by the National Bureau of Plant Genetic Resources, New Delhi, says it is one of the best varieties of pulses as it has a high amount of protein and amino acids such as tryptophan and methionine. The bean is used both as a food as well as fodder for animals.

A study published in the Journal of Food Science in December 2012 says the rice bean is an underutilised legume and is nutritionally richer than other beans of the family. It can cure menstrual issues and epilepsy and has anti-inflammatory properties. The seeds are also rich in fibre.

The cooking of rice beans is similar to rajma. But unlike rajma, it does not absorb spices easily. The bean has a bland taste. The seeds are versatile and can be used to make the south Indian dish, sundal, with the usual seasoning of mustard seeds, green chillies and coconut. In certain Nepalese communities, rice bean forms an integral part of marriage ceremonies and hence it has cultural and religious significance.

Thiyam told me there are several traditional Manipuri recipes that use the rice bean. Apart from being used to prepare singju (salad), eronba (chutney) and kangsoi (vegetable stew), rice bean is also cooked as a soup and rice bean curry.

Usually, little or no spice is added to the boiled beans. It is also teamed up with fish and meat and spiced up with only raja mirchi or bhut jolokia. Rice beans in Uttarakhand are used as a stuffing in paranthas.

(This article was first published in the 1-15th August issue of Down To Earth under the headline 'Finger on the pulse').