All about a glass of milk 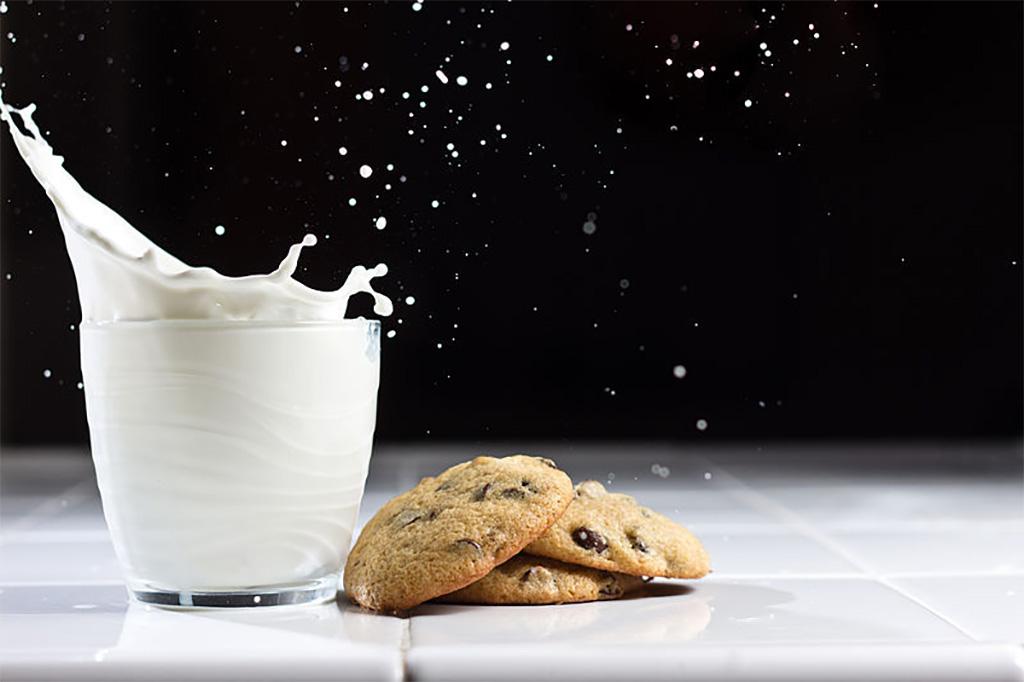 Milk contains calcium, protein, iodine, potassium, phosphorous and vitamins. But surprisingly, it’s not a compulsory drink for many children across the world. (Image: Wikimedia Commons)

Some things never change with time. Think about a glass of milk for instance. It is part of the daily routine of a growing child. So, every day you wake up, brush your teeth, and find a glass of milk waiting for you to gulp down. Some of us like it and some don’t, but no matter what our personal feelings are about this white liquid, all in all, it is considered to be a healthy drink and a must for every child.

What makes milk such a healthy drink? Milk is seen as a major source of calcium, protein, iodine, potassium, phosphorous and vitamins such as B2 and B12. But surprisingly, it is not a compulsory drink for many children across the world.

Why? This is because there are countries where the daily consumption of milk is not the norm. Many countries in Asia like Vietnam, Thailand, and Malaysia rarely use milk in their diet even today. So, does this mean that children and adults in these regions lack nutrition?

No, it just means that milk is not the preferred form of nutritional diet in these regions. What this means is that every form of nutrition and vitamins that milk provides is derived from some other food item. Most of these countries are non-vegetarian and eggs, meat, and fish are their major sources of calcium and protein.

The drink with colonial roots

The story of milk is linked to our past and colonisation has a huge role to play in it.

Historically, people in the Eastern Asian countries have been less tolerant of lactose — a kind of sugar that milk contains. But with the processes of colonisation, industrialisation, and globalisation, consumption of milk has spread to even these parts of the world.

When we talk of milk in the Indian context, we generally mean milk from domesticated animals like cows, buffalos, goats, and camels. The social history of milk in India is related to the domestication of animals — a practice that dates back to the Vedic age (2000 BCE). Before that, milk was not a regular part of the daily diet. Once animals were domesticated, people began to use their milk for drinking.

Apart from the domestication of animals, the consumption of milk was accelerated by the processes of colonialism and industrialisation. After India attained independence, the Indian government prioritised industrial growth.

This focus on industrialisation led to the milk revolution in the 1970s. Commonly known as ‘Operation Flood’, it kicked off from Gujarat and up went the production of milk. It made India one of the largest milk-producing countries from being a milk-deficient one. The idea behind the policy was to make India self-sufficient in the production of milk and promote small dairy farmers instead of big corporations.

It was drawn from the Amul model of co-operative milk manufacturing that had been an immense success in the country. Under this mechanism, farmers from nearby villages would supply milk to Amul, which will then process and package it under the Amul brand and sell it to the customers.

This model was such a huge success that Prime Minister Lal Bahadur Shashtri visited Amul’s Cattle Feed Factory at Kanjari, Gujarat in 1964. He was so impressed with Amul’s co-operative model that he requested Verghese Kurien, general manager of what then was the Kaira District Co-operative Milk Producers’ Union Ltd (known as Amul today) to replicate the model across India.

This policy led to a ‘White Revolution’ in India and more and more people got to drink milk. Kurien came to be known as the ‘Father of White Revolution’. The processed and packaged milk that we easily get today is a result of this initiative called the Operation Flood.

Today milk has become a multi-purpose raw material that can be used to make several other dairy products like curd, butter, cheese, ghee, and yogurt. And India is the largest producer of milk in the world, accounting for around 22 percent of the global production.

Indians also consume one of the highest quantities of milk in the world and this demand is increasing every year.

However, who gets to drink milk and how much of it depends on several factors specific to a particular society and culture. For example, milk consumption is higher among city-dwellers and men as against village residents and women respectively, according to the 2015-16 National Health Family Survey (NHFS 4) survey. Thus, milk as a source of food is dependent on one’s position in society.

The position of milk continues to be hotly debated. While some argue milk is a vegetarian product, others perceive it as an animal product, thereby labelling it as a non-vegetarian source of food. As such, the league of milk consumers is diverse including vegetarians as well as non-vegetarians. Some vegetarians use milk as a part of their diet, while others do not.

In India, milk is seen as part of a vegetarian diet and hence most vegetarians consume milk. The ones who do not drink milk rely on non-animal forms of milk like soy milk or almond milk. There are also various kinds of dairy-free yogurts, ice-creams, and chocolates that consumers can choose from if they are looking for milk-free options in the food market.

So the next time you look at a glass of milk, think about the amazing journey in history it has made to be a part of our daily lives. It is a reflection of the inter-connectedness of our world.

The author is a PhD scholar at the Centre for the Study of Social Systems (CSSS) at Jawaharlal Nehru University, New Delhi