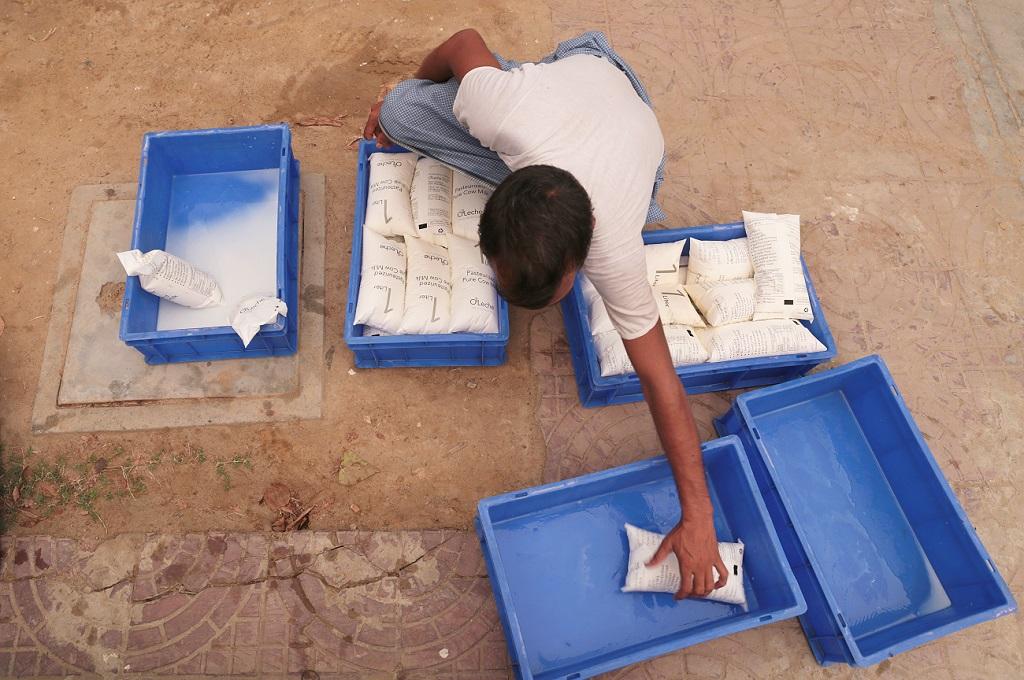 Over 70 per cent of India’s population still consume less that 50 per cent of the Recommended Dietary Allowance (RDA). This has led to micronutrient deficiency in the country. “66 crore people in India are suffering from micronutrient deficiency,” says Vivek Arora, senior advisor, TATA Trust, during the National Consultation on Milk Fortification, held in Delhi on September 4.

This national consultation brought together the Food Safety and Standards Authority (FSSAI), TATA Trust and National Dairy Development Board (NDDB) to discuss the need for fortification of micronutrients and low-cost milk fortification with Vitamin D.

In 2016, Tata Trust and FSSAI started the Fortification Resource Centre (FFRC). Later in 2017, The India Nutrition Initiative (TINI) was started in collaboration with NDDB. As a first step towards dealing with micronutrient deficiency, fortification of milk has been initiated across 15 states in 2017. Some private dairies such as Creamline Dairy Products, Kwality Ltd and Nestle India have started to sell fortified milk.

Within one year, some milestones have been achieved when it comes to amount of milk being fortified every day and the number of people it is reaching daily. “Over 92 lakh litre per day (LLPD) of milk is reaching 61 million people,” adds Arora.  Under Mission 2020, the target is to achieve 200 LLPD and reach 133 million people every day.

“Apart from milk, other food items, including salt (fortified with iron and iodine), edible oil (fortified with Vitamin A and D) and wheat flour (fortified with iron, folic acid and Vitamin B12) are also fortified,” says Suniti Toteja, director of FFRC and Imports, FSSAI. She adds that fortification logo must be present on the packets if the product is fortified.

On August 2, FSSAI released a notification on the regulation of fortified foods. It detailed out the quality standards and standardisation of the micronutrient. It also elaborated on the labelling requirements.