They claim that most of the 45 people, who died of hunger in the country in the past one year, were denied food on failing Aadhaar identification 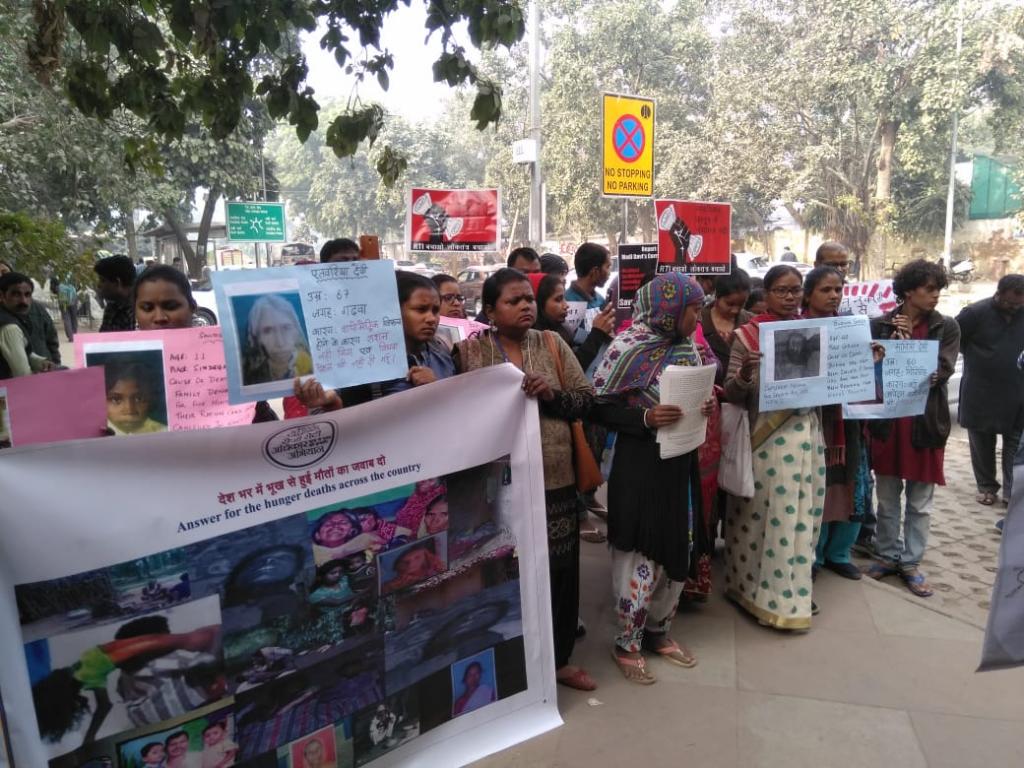 Right to food activists protest in New Delhi on December 17, 2018

India saw 45 people die of hunger in the past one year and that’s made in food rights activists take to roads on December 17, 2018, to demand proper implementation of National Food Security Act (NFSA) in New Delhi.

The activists said most of these people died as they were denied their rightful food under the Act due to failure of biometric identification—Aadhaar.

In a day-long protest in front of the Union Ministry of Consumer Affairs, Food and Public Distribution at Krishi Bhawan in New Delhi, the activists demanded a discussion in Parliament on the state of hunger in the country, a strict notification that no person should be denied benefits of any welfare programme in absence of biometric authentication, criminal proceedings against those responsible for starvation deaths and inclusion of subsidised pulses and edible oils in public distribution system.

“The country witnesses a grave situation of hunger,” says Dipa Sinha, a Delhi-based right to food campaigner. “The government must act urgently to ensure that not a single person succumbs to hunger anymore,” she adds.

The activists, while blaming the government, said making Aadhaar mandatory to get ration and not issuing ration cards despite repeated applications deprived the rightful beneficiaries. “There is no system to update ration cards to add new family members,” says Kavita Srivastava, a right to food campaigner who filed a petition in 2001 which culminated in to the drafting of the NFSA.

She also pointed out that beneficiaries of Antyodaya ration card, which lets people get 35 kg food grains at cheap rate, have decreased in numbers. “The enforcement of transparency, accountability and grievance redressal provisions of the Act is very poor,” says Srivastava. “Some other provisions of the NFSA, such as maternity entitlements, are suffering from lack of resources, along with poor implementation,” she adds.