Jalpai, the Indian olive, is an under-researched fruit which is used to make sweet and sour recipes 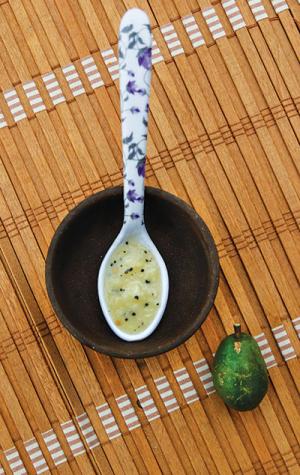 My quest to search for souring agents recently led me to Assam Bhawan, New Delhi, where a new restaurant called Bannkhai is being run by Utpala Mukherjee. She got for me a small packet which included some green small fruits. When I enquired, I was told it is called jalpai or Indian olives, a wild variety which is used to make delicious chutneys.

I began digging for information on jalpai. Scientifically called Elaeocarpus serratus, it is found extensively in Southeast Asia, Sri Lanka, China and, of course, India. In India, it is found and used extensively in both West Bengal and Assam, where it is called jalpai and zolphai. Jalpai has many names.

It is called veralu in Sinhala, veralikkai in Tamil, kaarakka or kaara in Malayalam, chorphon in Manipuri and Ceylon olive or Indian olive or wild olives in English. The trees grow profusely in the Terai region of West Bengal, especially in districts like Jalpaiguri, Alipurduar and Cooch Behar. In fact, Jalpaiguri gets its name from these trees — Jalpai means the plant and guri means the place where jalpai is grown.

A study published in the Journal of Pharmacognosy and Phytochemistry in 2017 says Indian olives are the most under-utilised fruit crop. It is mainly used in at the household level only. Jalpai has several medicinal properties—its fruits contain 0.69 per cent protein; 19.5 per cent carbohydrates; 0.59 per cent mineral matter; and, the vitamin C content of dry leaves is 257mg/100 gm. The fruits are used to treat dysentery and diarrhoea, says another study. It is also used to treat swollen gums.

Jalpai is a medium-to-tall evergreen tree with a maximum height of 20 metres, says a study published in the International Journal of Agriculture, Environment and Biotechnology in 2017. The authors state that the plant is “mainly grown as homestead crops in shady or semi-shady condition with little or restricted management practices. No report is available regarding existence of any commercial orchard under jalpai plantation. Flowers are white in colour and appear on the leaf axils. Flowers bloom during April-May and fruits mature for harvest in October-November.”

The fruits are greenish in colour and elongated, and resemble the common ber. The fruits have a large seed inside. The flesh is what is eaten. The fruit when bitten raw has an acerbic taste which makes the mouth and lips tingle. People in Manipur eat it raw adding chillies, salt and sugar. I ask about this from Jeena Sorokhaibam, who runs Lookacteast Restaurants. When she asked her co-workers whether the tingling taste bothers them, they said in unison, “We love it.” 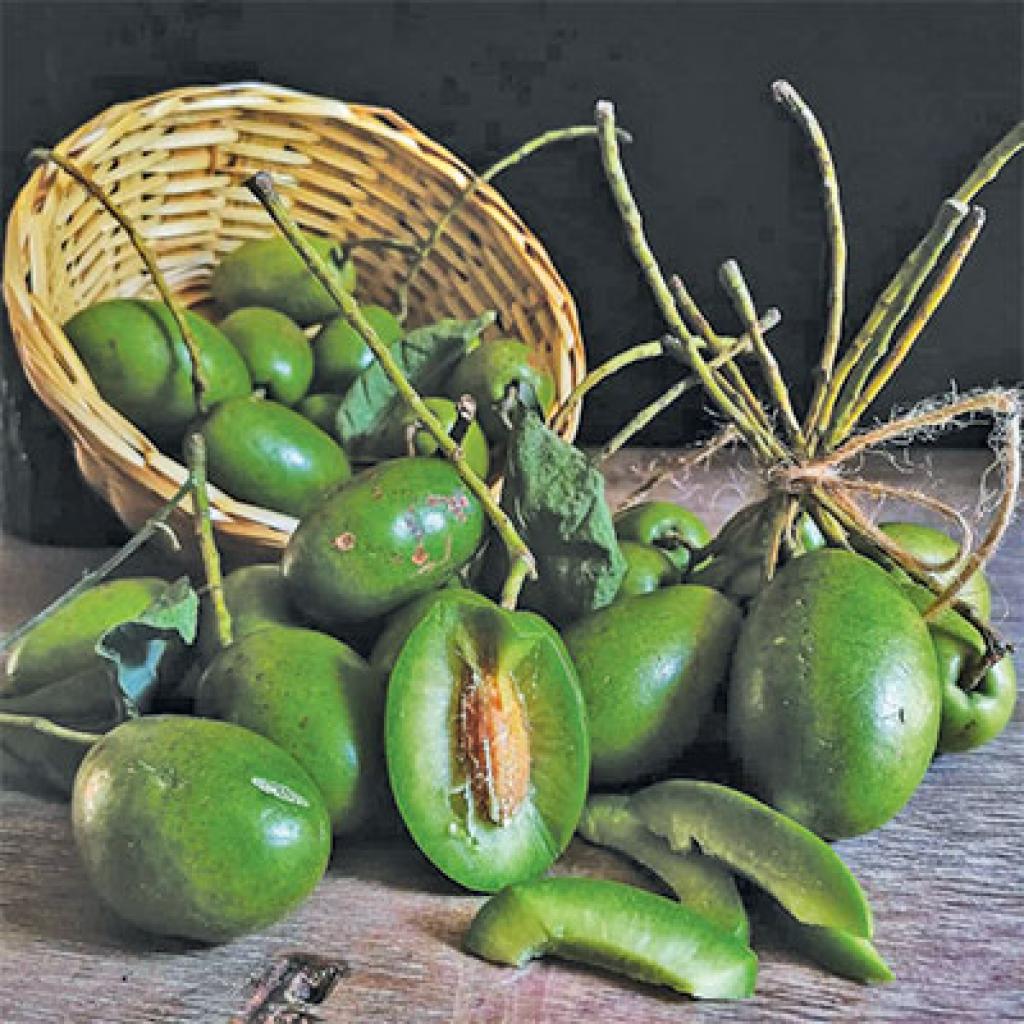 But when boiled or steamed, it smells more like raw mango (after it is boiled to make aam panna). It has a sourish taste and can be used as a souring agent in cooking. The sour taste goes extremely well while making a sweet and sour chutney (see recipe). Each house has its own customised recipe which may include raisins, honey, jaggery and sugar.

A tree bears around 40-60 kg of fruit in a season. It is also considered as a sacred plant. Unlike olives around the world, which symbolise peace and have other connotations, not much is known about Indian olives. In truth, it is an under-researched crop. It is not cultivated as an orchard crop, but more as a backyard crop.

But there is ample scope for commercial utilisation. Hanjabam Shubra Devi, proprietor of Meira Foods prepares candies using jalpai. It tastes like candies made out of amla. In Arunachal Pradesh, jalpai is eaten raw and is used to make pickles.

In Arunachal Pradesh, the wild edible plant is foraged and collected from trees. It is eaten raw and is also made into delectable pickles. A study, Status and potential of wild edible plants of Arunachal Pradesh, says, “The contribution of the wild edibles to the diet and economy of the local people is often significant and therefore focus on these species should remain a priority. Integration of wild species into agricultural system will not only protect biological diversity but also provide adequate food and contribute to the rural economy. For this purpose, identification of the edible species according to the local preferences is necessary.” Jalpai may not be like Italian olives, but it has a charm and taste of its own. It is time we raise a toast to our indigenous varieties of fruits and celebrate it.

(The author is a Delhi-based freelance writer. Among other things, she writes on unusual food)