Ethnic communities are traditional custodians of entomophagy. They must not be sidelined as policymakers and industry ready plans to promote edible insects as the food of the future 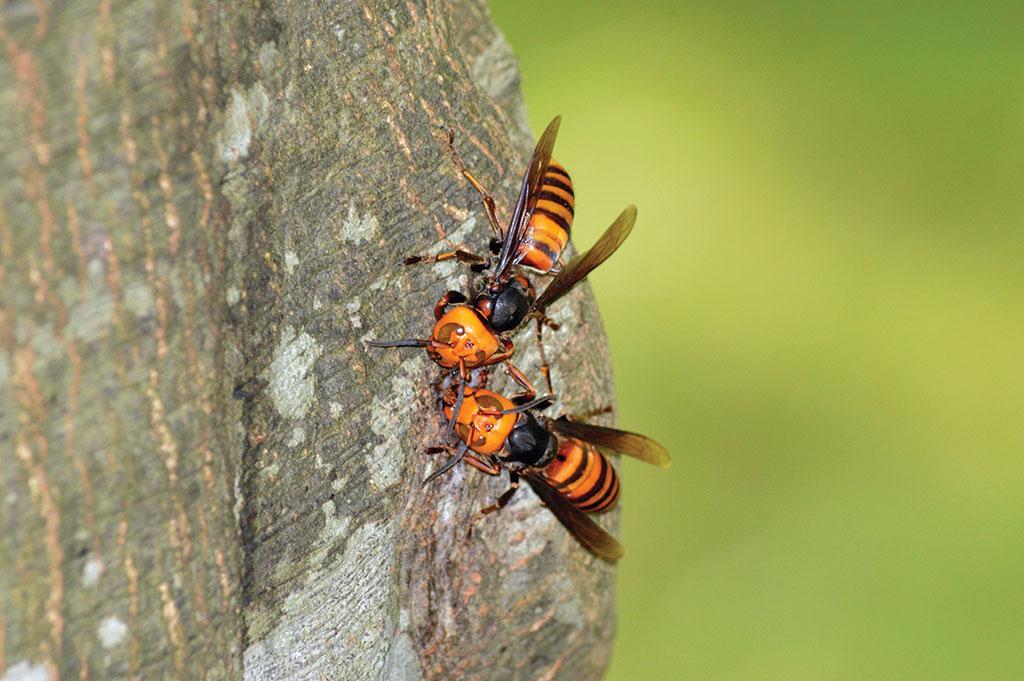 Call it the desperation to reduce the environmental impact of modern food production or an attempt to secure nutrition for the growing population, bugs are slowly regaining their space in the global food plate and reaching supermarket shelves and restaurant menus.

There has been an explosion of efforts to promote these tiny multi-legged creatures as sustainable alternatives to farmed meat and as a high-protein food source since a 2013 report by the Food and Agriculture Organization (FAO) of the UN advocated shunning the yuck factor and promoting edible insects as both food and feed across the world.

Anthropologists say the stigma associated with entomophagy, or eating of insects, in some societies, particularly in the West, is a recent phenomenon. It can be traced back to the Age of Exploration and colonisation that began around the 15th century.

Humans have actually valued insects as food for millennia. Despite perpetuation of imperial attitudes, they still form part of the traditional diet of two billion people, says FAO.

Since insects emit considerably fewer greenhouses gases than livestock — methane, for instance, is emitted only by termites and cockroaches — and require less land and water for rearing, promoting their consumption will help reduce the environment footprint of food.

Besides, according to FAO, edible insects are a great source of protein, vitamins, fibres and minerals. They are the source of high-quality protein (40 to 75 grams of protein per 100 gm of dry weight) and provide essential amino acids (structural units that make up protein) at an idea level, which are 76 to 96 per cent digestible, notes a study Edible insects as a food source: a review, published in BMC Series November 21, 2019.

Small wonder, several countries in the West are now tweaking policies to embrace entomophagy. The US has allowed raising and import of certain insects for human consumption, while the EU is thrashing out regulations to approve which insect species can be sold in its market and how they need to be reared. 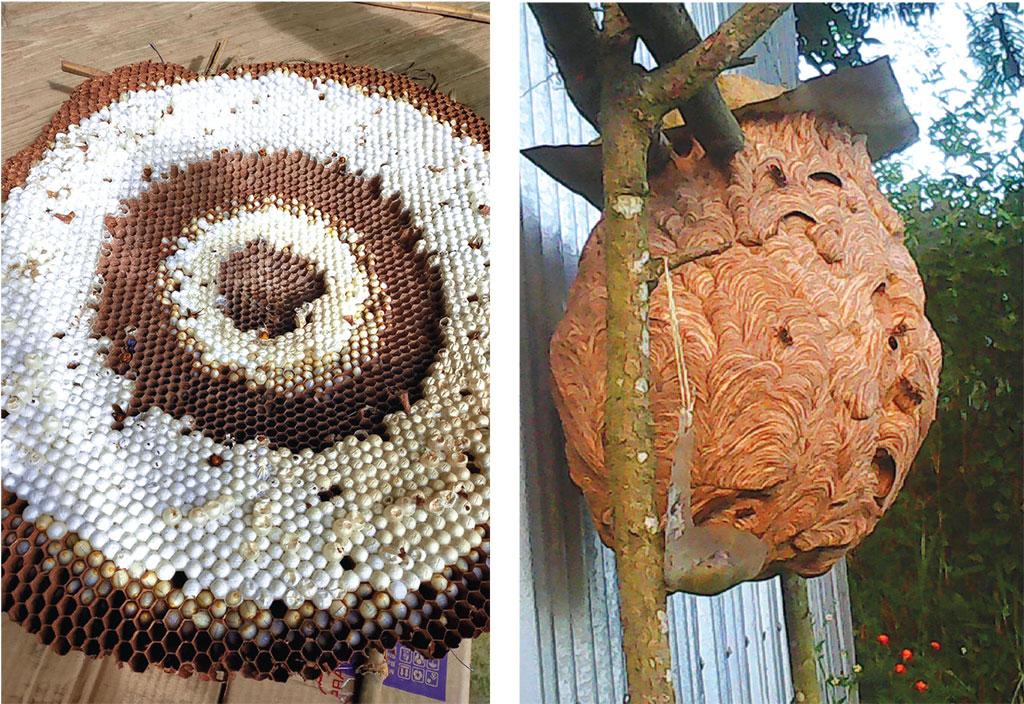 This has spurred investment in insect-farming start-ups, which are trying their hands at everything from rearing the bugs to processing them into food products like flour, bread and noodles, medicinal supplements and feed. UK-based investment banking company Barclays plc predicts that the global insect protein market could be worth up to $8 billion a year by 2030.

As the nascent sector gathers momentum, it appears that policies and global discourses are focused more on the safety around insect-based foodstuff. There is hardly any discussion to safeguard the interests and livelihood opportunities of ethnic communities who have been the custodian of the traditional knowledge around insects.

Consider the tribes inhabiting the Eastern Himalayas and North-Eastern India. Some of the common insects relished by communities in this region include snails, water bugs, grasshoppers and field cricket.

These communities know exactly which species are edible and how to collect them from the wild. Preparations are usually kept simple: mixed with salt, chilli and certain spices of choice and pan-fried in mustard oil to be consumed with rice.

This way, the insects can be stored for long without any additives. The Mishing tribe and Ahom community of Assam are particularly fond of an unlikely species, the red ant (Myrmica rubra), which they collect in large numbers by hand and grind to prepare chutneys during festivities.

The Nagas of Manipur, Assam and Nagaland and several other tribal communities of the Northeast prefer even smaller and softer creatures — adult termites, pre-pupal stage of Eri silkworm and the hornets’ grubs.

In fact, the grubs of ferocious hornets are such a delicacy among the Nagas that one of their sub-tribes, the Tangkhul Nagas, inhabiting the Ukhrul district of Manipur, have mastered the art of rearing two of its species — Asian giant hornet (Vespa mandarinia) and Asian hornet (Vespa velutina).

For many, rearing these species is a family-run enterprise. “It usually begins when the lonely queen emerges from its hibernation in spring (around March) to create her nest,” explains Rn Luckson of Phalee village in Ukhrul.

But locating the nest is a highly skilled job. While the giant hornet lives underground, the Asian hornet builds its nest in the cavity of a hollow tree trunk. All that one can see from outside is a tiny opening. So intrepid hunters follow a tactic.

They lure the queen hornet with fresh insect or meat or trap it while feeding on the sap of oak tree and tie a light-weight fibre, made from a local creeper, around its slender petiole. When it takes off, the hunters go on a steeplechase through the woods.

Once the nest is located, the hunters keep a close watch on it till the queen lays the first batch of eggs and establishes the first generation of workers. Then one night, they capture all the workers in a bottle and shift the hive to a suitable place in the courtyard where the hive can keep expanding and accommodate more and more eggs laid by the queen and other female hornets.

At the peak of its population, a colony can reach the size of 1,000 hornets. Around October or November, just before the winter sets in, the hive becomes flush with larvae and pupae. This is when the hive is smoked and harvested for grubs and worker hornets. Those who escape, enter hibernation to begin the next cycle in spring.

Ng Thingmachon, a traditional hornet rearer of Phalee, says, hornet rearing is a highly profitable seasonal business. Selling one kilogram of hornet grubs in the local market fetches him Rs 1,600.

If one is lucky, a hive can harbour more than 20 kg of grubs, earning more than Rs 30,000 at the end of the five-to-six-month-rearing season. Since the hives do not require much space, one can rear as many hives as they wish to.

However, the most fascinating aspect of this business is that it requires zero-investment: Even after shifting the hive, the worker hornets keep foraging and maintaining the colony and feeding the larvae.

Though hornets are usually feared for their toxic sting, Thingmachon says the sting rate is almost nil in Phalee, despite intensive rearing of the insect.

Rather, certain varieties of the insect are usually calm until and unless provoked or disturbed, he says, adding that the hornet sting is a well-known traditional therapy in the region used to prevent common cold, fever and other tropical diseases.

Besides, say farmers in Phalee, hornets act as natural bio-controllers. They benefit beekeepers by feeding on insects that are harmful to honeybee hives and also play an important role in the pollination of certain plants like oak and chayote (Sechium edule spp). The farmers of Phalee have recently submitted their observation to the National Biodiversity Authority.

While promoting entomophagy is a step in the right direction, it will not achieve the objectives until effective measures are taken to preserve the traditional knowledge of communities like the Tangkhul Nagas and help them benefit from it.

Ng Ngashangva is founding member of the Biodiversity Management Committee of Phalee village, set up under Manipur Biodiversity Board