Gandrayani is a root used widely in Uttarakhand to enhance the flavour of dishes. But there is hardly any research on the health benefits of this plant 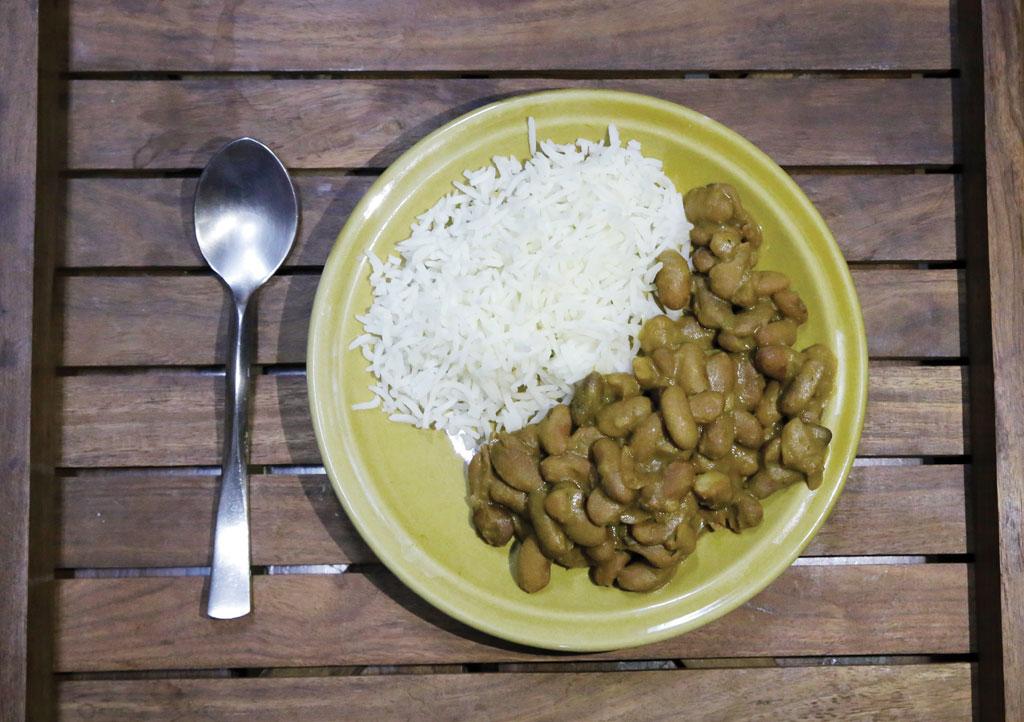 Rajma with gandrayani not only adds flavour, but also has digestive properties (Photo: Vikas Choudhary)

We use several ingredients while cooking. Since we hardly give it a second thought, it is rarely documented. Gandrayani belongs to this category.

I was introduced to this ingredient while reading a cookbook from Uttarakhand. It was termed a root (Angelica glauca), and was used in a couple of dishes. It was also used make to liqueurs that had medicinal values. This aroused my interest. But my search for gandrayani proved elusive. Sellers from Uttarakhand would invariably nod when asked about gandrayani, but would smile and say, “We use it, but we did not bring it here.” Calling the vegetable sellers over the phone too did not bear fruit.

One day I met H C Joshi, managing director of Uttarakhand-based Divine Agro Products Ltd, who has a vast knowledge of traditional ingredients. It was through him that I managed to get my first packet of gandrayani. I was told the root is used like hing (asafoetida), but its smell is not as overpowering as hing.

And it does flavour well. Gandrayani grows in the wild, but is also cultivated between August and September. The oil from the roots is considered highly valuable and is used for aromatherapy.

However, it must be among the most under-researched of spices or medicinal herbs. In most research papers, it is clubbed with other similar herbs. I could not come across any dedicated study on this root and its medicinal properties. So I began to investigate about gandrayani?

“Gandrayani grows in slow moving streams, damp meadows, forest gullies in rocky substrata of Western Himalayas from Kashmir to Uttaranchal at an altitude of 2,700-3,400m. Dry roots yield essential oil (1.3 per cent), resin and valerianic acid and several furocoumarins such as angelicin, bergapten, xanthotoxin and umbelliferene,” says Organic Products from Uttaranchal, published by the Uttarakhand Organic Board. 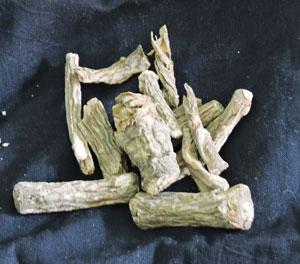 “The roots of the plant are pungent, aromatic, diaphoretic and diuretic. It increases appetite and combined with tonics it is given in typhoid conditions, bronchitis, flatulence, colic and pain in stomach. Roots are also used in the preparation of gin and liqueurs known as bitters. Gandrayani is used in Uttaranchali cuisine as a flavouring agent in vegetables and daals.”

This information was confirmed by Joshi and his colleagues, who added, “Gandrayani is used to cure stomach disorders. In remote villages, it is used to cure stomach aches—the roots are powdered and boiled in water. It also has digestive properties, so is used in cooking dals.” Unlike in cities, where dals are available in the split or polished form, whole dals are consumed in most villages. Whole dals are difficult to digest and can cause flatulence. That’s why when dals are boiled a generous piece of gandrayani is added. It not only adds flavour, but also has digestive properties.

Alternatively, it can be used also for tadka (tempering). Here, the root is powdered and is added to the tadka along with cumin seeds or mustard or garam masala.

I used gandrayani while boiling chana dal or rajma (kideny beans) in the pressure cooker in a very small quantity unsure of its taste. But it threw up a pleasant surprise: the smell that emanates when a pulse is boiled gives you a feeling of warmth, and remains even after the tadka and the cooking. Once the dal is done, the root simply works as a taste enhancer. The aroma of gandrayani simply blends with the dal. To retain its flavour, it is better not to use any other overpowering ingredient for tempering.

The root leaves a powerful aftertaste.

The writer is a Delhi-based freelance journalist. Among other things, she writes on unusual food