Stormbreaker: How turmeric can be of value in situations like COVID-19 pandemic

Therapeutic qualities of turmeric are being probed for many ailments, most recent being cytokine storm caused by COVID-19 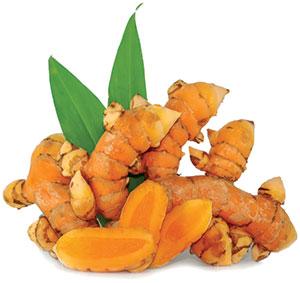 There is no disease against which turmeric has not been tested - G Padmanaban, former director of Indian Institute of Science, Bengaluru.

In a hospital catering to patients of the novel coronavirus disease (COVID-19) in Maharashtra, some received a combination of 525 miligram curcumin and 2.5 mg of piperine (naturally occurring complex organic molecules containing nitrogen) twice a day.

They recovered faster from symptoms such as fever, cough, sore throat and breathlessness. They were able to maintain oxygen saturation above 94 per cent on ambient air, and had better clinical outcomes compared to control group members who received a probiotic instead.

The treatment also reduced the duration of hospitalisation and resulted in fewer deaths, researchers report in the journal Frontiers in Pharmacology published May 28, 2021.

Also read Hero Herb: Why we need to focus more on turmeric

In another study, researchers in Iran observed the efficacy of curcumin in the form of nanoparticles on 21 patients. The results showed that most of the common symptoms of COVID-19 resolved significantly faster in the curcumin group.

Renewed global interest in the spice is also borne by PubMed, an online repository of medical journals. A search for “turmeric” on the portal throws up 1,118 studies published between January 1, 2020 and October 7, 2021, while the number of studies involving “curcumin” gives a huge 3,662 results. A combination of “turmeric” and “COVID-19” yields 30 results, while “curcumin” and “COVID-19” gives 109 results.

Despite its positive results against nearly all kinds of diseases, turmeric is not an approved allopathic drug for any ailment. This is because curcumin metabolises very fast, is unstable and bioavailability (duration for which the substance is present in blood) of the compound is poor, says Padmanaban, who has worked on a curcumin / artimisinin (organic molecules derived from Artemisia annua, known for treating malaria) combination against malaria.

“Curcumin does not act as a drug in a way that is understood by modern medical chemists,” he explains. The positive effect of curcumin remains long after it has disappeared from circulation and this suggests some kind of an immune memory effect, Padmanaban adds.

Researchers’ interest in turmeric piqued in the mid-1990s, when India’s Council of Scientific and Industrial Research (CSIR) got a patent on the spice’s wound healing properties revoked by the United States Patent and Trademark Office (USPTO). This patent was granted in 1995 to researchers Soman Das and Harihar Kohli of the University of Mississippi Medical Center, US, for their claim that turmeric powder can heal surgical wounds and ulcers.

CSIR pointed out this was prior knowledge as turmeric has been used for centuries in India for wound healing. Since then, there has been immense research on turmeric.

What makes COVID-19 deadly is the cytokine storm that the virus triggers in the body. In new diseases like COVID-19, for which there is no effective treatment and the body does not have prior experience of eliminating the virus, the immune system could get hyperactive while trying to fight off the contagion.

The resulting inflammatory response that releases white blood cells to engulf and eliminate invaders assumes a severe form. In case of an acute infection, the inflammatory reaction can even damage body’s own healthy tissues and organs — a condition known as cytokine storm.

Ajaikumar Kunnumakkara, professor at the Department of Biosciences and Bioengineering, Indian Institute of Technology, Guwahati, evaluated the literature available on the anti-inflammatory properties of spices which might prove beneficial in the prevention and treatment of COVID-19-associated cytokine storm.

The search showed numerous cases that have reported the potency of spices, including turmeric, to exert anti-inflammatory effects by regulating crucial molecular targets for inflammation. They are cheap and relatively safe to consume and their anti-inflammatory property can be exploited to combat the cytokine storm in COVID-19 patients, he reports in Life Sciences published on January 30, 2021.

The reason curcumin, and by association turmeric, has not been used as an allopathic drug is because the substance’s poor bioavailability (duration of its presence in the blood). Kunnumakkara feels that the issue of bioavailability can be easily remedied by using a combination of methods.

His team evaluated more than 200 studies and found that low curcumin bioavailability can be addressed by using higher concentrations of curcumin in nontoxic limits. Moreover, curcumin, in combination with other compounds or as formulations, has shown enhanced bioavailability, he says.

Researchers have also used nanotechnology to increase the bioavailability of curcumin. This has been used for COVID-19 in trials carried out in Iran, reported in Phytotherapy Research on January 3, 2021. Such nanocurcumin-based combinatorial therapy against tuberculosis, breast cancer and Plasmodium falciparum malaria have also been initiated in India under the Turmeric Mission launched in 2020.

The Council Of Scientific And Industrial Research’s (CSIR’s) National Botanical Research Institute (NBRI), Lucknow, has a patent on a nanoformulation of highly bioavailable curcumin.

The institute also has a study where the team fabricated zinc oxide/curcumin nanocomposites with enhanced delivery of curcumin inside the superbug Pseudomonas aeruginosa. CSIR–NBRI is also working towards validating curcumin against the novel coronavirus (SARS-CoV-2).

The potential of the root can also be judged from the fact that even researchers who have consistently shown that curcumin is not effective, continue to work on it. Amit Garg, a professor of medicine at Western University in London, Ontario, tested curcumin for its ability to reduce the risk of complications such as heart attacks and kidney injury.

About half of the 606 patients were administered 2,000 mg of curcumin eight times over for four days, while the others were given a placebo. The team did not find any benefit. He is now testing another preparation of curcumin to see if it prevents progression of kidney disease.

“There are still many promising things about curcumin and turmeric,” a New York Times report dated October 16, 2019, quotes him saying.

“Even if 1 per cent of the papers published on turmeric make sense, it would be a sizeable number and warrant against passing a negative verdict on the whole field,” says G Padmanaban, former director of Indian Institute of Science, Bengaluru. More studies have been done on curcumin than on turmeric.

Raw turmeric has many other compounds — at least 235 compounds have been reported — that work as adjuncts. Curcumin in the turmeric matrix is more bioavailable and some researchers have used techniques to add extra curcumin to this matrix. On an average, an Indian consumes around 500 mg of turmeric which provides around 50 mg of curcumin each day.

This is enough for a healthy person, says Kunnumakkara. For therapeutic purposes, high amount of curcumin is needed — sometimes as much as 10 g per dose, he says. Efforts have been made to develop varieties that have better yields and curcumin content.

CSIR-North East Institute of Science and Technology in Assam has collected 432 germplasm of turmeric since 2016. The total curcuminoid content present in the germplasm of Curcuma longa showed wide variability ranging from 1.65-7.35 per cent.

If proof of usefulness has to be commercial, assessing the patents that have been filed on turmeric can help. Down To Earth analysed patents on turmeric granted by the Indian patent office since January 2020. Of some 50 patents, just one was on COVID-19. This was a disinfected tent which used steam of neem and turmeric, filed by researchers at Shri Ramswaroop Memorial University, Barabanki, Uttar Pradesh. However

, there are other patents for products such as hand washes and disinfectants in which turmeric has been used. Globally, too, there has been a rush to patent products prepared from this spice. The US Patent and Trademark Office has received applications for 13 patents for use of turmeric and 34 for use of curcumin in COVID.