Tangy taste: Try a twist in your daal with heiribob this weekend

Little known outside the northeast, the Peel of a wild orange adds flavour to several dishes 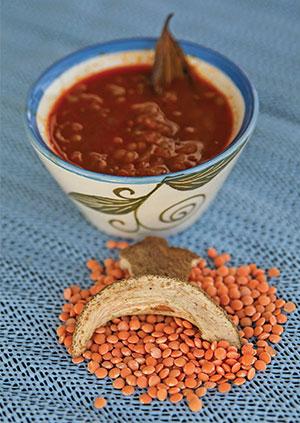 Call it heiribob, hatkora lemon or shatkora, the zingy flavour of this cooking ingredient will leave you smacking your lips while invigorating your mind and soul. Jeena, who presented dried peels of this wild orange to me at Lookact-east at Dilli Haat in New Delhi, explained the ingredient is widely used in Manipur, especially among the Meitei ethnic group.

Heiribob, as it is called in Manipur, grows wild, especially in Tengnoupal district there. In fact, it is abundantly available in the entire North East, and even in West Bengal. In fact, the North East is a storehouse of citrus biodiversity with 23 species, one sub species and 68 varieties, writes SR Rao in his paper published in ACTA Scientific Journal.

Some papers have called it Citrus laltipes (Swingle), giving tanaka as its accepted name, but others have gone with Citrus macroptera.

“Both belong to the sub-group ‘papeda’ of the citrus genus,” says Rao, a professor at the biotechnology and bioinformatics department of the North Eastern Hill University in Meghalaya. “While C macroptera is known as heiribob in Manipur, C latipes is called khasi papeda in the Khasi Hill region of Meghalaya,” he explains.

In West Bengal, people have different names for it — hatkhora, satkara, shatkora or satxora. But despite its popularity, it is still not too well known in the rest of India.

“Hatkora has been an underexploited citrus species. Considering its potential in Mizoram and the prospects for its export in neighbouring countries like Bangladesh, Burma and Thailand, its cultivation should be encouraged to increase farmers’ income and overall fruit production of the state,” writes Thakur Azad in a 2002 paper titled Prospects of Hatkora cultivation in Mizoram.

What's in the fruit?

A July 2019 study published in the journal Toxicological Research says heiribob is indigenous to Malaysia, Melanesia and Bangladesh. Its fruit has a bitter and very sour taste. So people prefer using its peel rather than the pulp. However, many use the pulp to make squash. The peel is used fresh or sun-dried, which lasts long. While some make candies from it, most use it as an ingredient while cooking for its nice citric flavour.

The peel is added to dishes to make meat and fish tender. It also helps dull their strong smell. When boiled with daal (lentil) along with other spices it adds a unique flavour. Boiled peels are delicious to chew on, though many prefer to discard it just the way they do with curry leaves or whole spices from foods.

In Bangladesh, it is typically used for making pickles. Here, it grows abundantly in most homesteads and hill tracts of the Sylhet division. It grows as a tree in moist or loomy fertile soil and bears fruits from October to December. In local markets, a single fruit costs Rs 20-50. Given its fruity fragrance, the wood is extensively used in the perfume industry.

Its study investigated the antiproliferative activity of C Macroptera against Ehrlich’s Ascites Carcinoma, or tumour, in mice. Its use considerably inhibited the tumour’s growth.

So what can be better than a highly efficient medicine available as an inexpensive food product?

The author is a freelance features writer in Delhi. Among other things, she writes on unusual food