Despite increase in cover, Indonesia is fifth largest loser of forests

In 2011-13, Indonesia lost an average tree cover of 1.6 million hectares per year 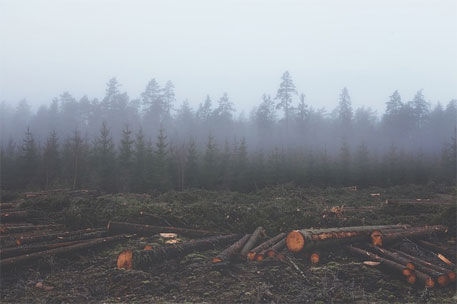 In 2013, Indonesia’s annual tree cover loss declined to the lowest point in almost a decade. This has been revealed by a series of maps that have been published by Global Forest Watch, in partnership with World Resources Institute (WRI).

However, the country’s tree cover loss still remains high compared to other nations, ranking fifth highest among all countries for annual tree cover loss in the period from 2011-13. Russia, Canada, Brazil and United States are the other four countries to have lost maximum forests in the same period (with Russia losing the most and the US losing the least). 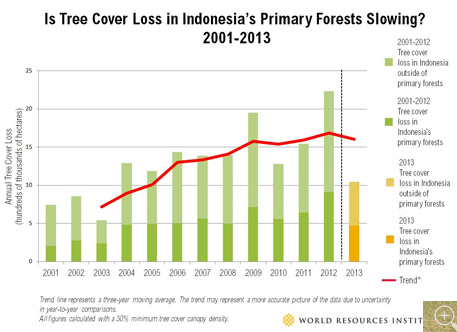 “This new data should continue to drive momentum to improve monitoring and management of Indonesia’s forests,” said Nirarta Samadhi, Director, WRI Indonesia, in a press release published by the organisation.

A research, published by University of Maryland (in collaboration with Google), last year had shown that between 2000 and 2012, Indonesia lost more than 6 million hectares of primary forest – an area half the size of England . This loss, according to the report, was increasing by an average of 47,600 hectares every year. The total loss in tree cover, however, was 16 million hectares.

Tree cover loss, according to WRI, is a measure of the total loss of all trees within a specific area regardless of the cause. It includes human-driven deforestation, forest fires both natural and manmade, clearing trees for agriculture, logging, plantation harvesting, and tree mortality due to disease and other natural causes.

Illegal logging for oil palm is one of the major causes of deforestation the country.