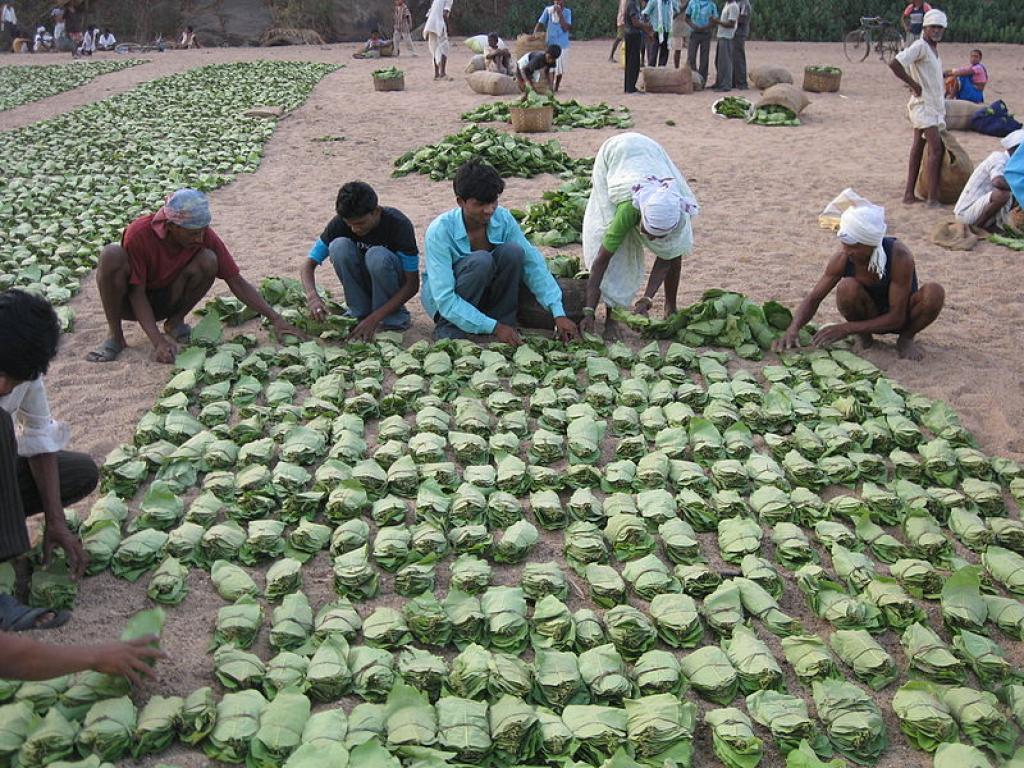 A disagreement has developed between an Odisha state Kendu or Tendu leaf pluckers union and forest rights activists over the collection of Kendu leaves.

Calling for a Gram Sabha meeting on August 15 in eight districts, the president of OKKS has asked the Gram Panchayats in these districts to stop the privatisation of Kendu leaf collection in the name of the Provisions of the Panchayats (Extension to Scheduled Areas) Act, 1996 (PESA) and The Scheduled Tribes and Other Traditional Forest Dwellers (Recognition of Forest Rights) Act, 2006.

In a letter written to the Gram Panchayat Sarpanches of these districts, OKKS’s President, B K Mohanty praised the work of the government saying, “The government disburses the profit running into crores obtained by selling Kendu leaves back to the tribals, providing scholarships to students, monetary support for daughters’ weddings and the digging of borewells near Phadi house (Kendu leaf collection centre). Compensation increases every year along with gratuity facility after retirement for seasonal labour.”

However, forest rights activists have denounced the move. “This is very unfortunate. This is a political gimmick by OKKS to undermine the rights of Gram Sabha on Tendu Leaves by undermining the provisions of Forests Rights Act and PESA (The Provisions of the Panchayats (Extension to Scheduled Areas) Act, 1996),” Chitta Ranjan Pani, a forest rights activist based out of Odisha said and added, “A few Gram Sabha which asserted rights over Tendu leaves under FRA in Odisha have realised significant economic benefits as compared to the benefits given by the state apparatus.”

Under the Scheduled Tribes and Other Traditional Forest Dwellers (Recognition of Forest Rights) Act, 2006, the forest dwelling communities have a right over Kendu leaf, a Minor Forest Produce (MFP). However, in Odisha, the leaf is nationalised and therefore its trade is in the hands of the government.

“While we do not want to dismantle the existing system run by the government, at the same time, interested and competent Gram Sabhas, which have Community Rights, should not be prevented from Kendu leaves operation,” Pani says.

In the state, barring parts of Nawarangpur, Jajpur and Kalahandi, Kendu trade is done by the state’s forest department.