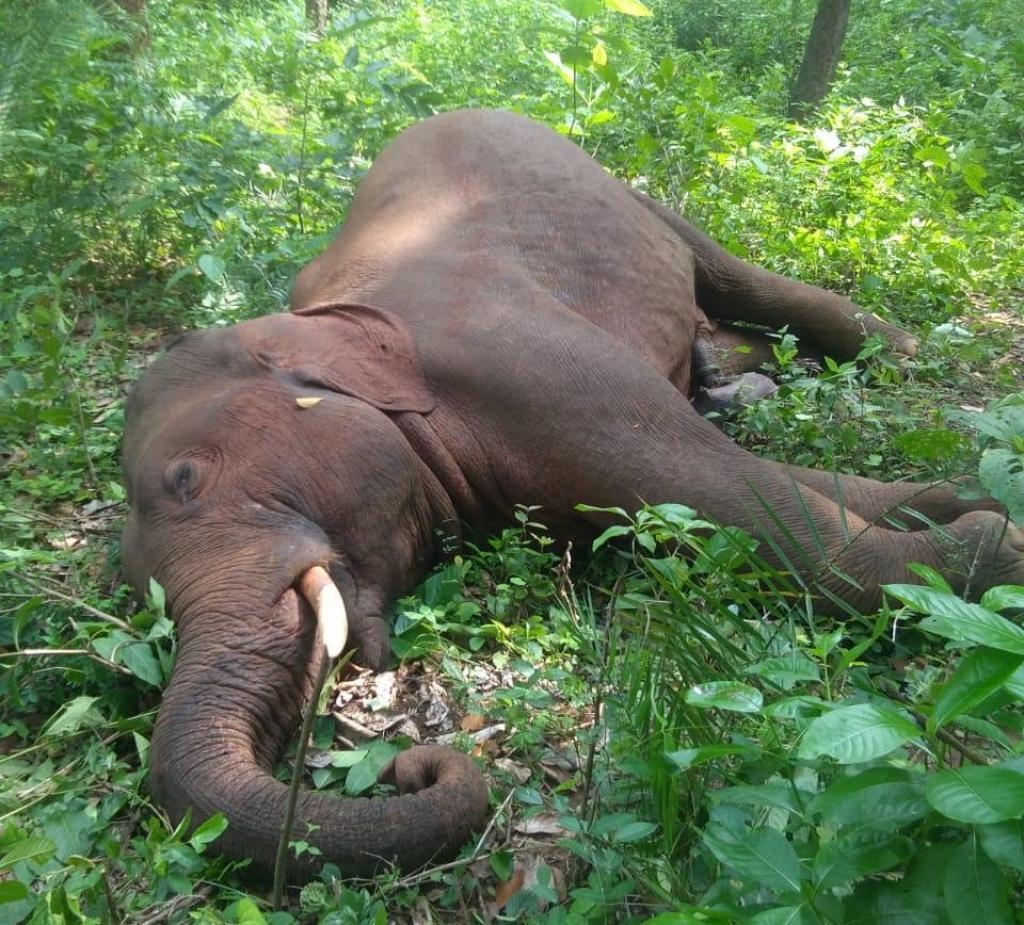 A 10-year-old year old male elephant was electrocuted after it came in contact with a live wire in Odisha’s Angul forest division district July 8, 2021. At least three jumbos have died of electrocution in the last 34 days in the state.

This is also the fifth case of electrocution within eight months in the state — and second in Angul forest division in 24 days.

The incident took place at Kantamegha village under Bantala forest range within Angul forest division, when the tusker came in contact with a live wire trap laid by a poacher to kill wild animals. The body of the tusker was spotted by local residents July 9, who then informed forest officials.

“During investigation, we came to know that a poacher laid live wire to kill a spotted deer and wild boers. He has been arrested under the provisions of Wildlife Protection Act, 1972. We buried the elephant after its autopsy,” said Prasanna Kumar Behera, divisional forest officer, Angul forest division.

He added that forest officials have been guarding all vulnerable points at night. “We also identified many vulnerable spots from forest to non-forest areas where elephants migrate. Besides the seasonal migrations in search of fodder and water, elephant herds cross the forests throughout the year,” he said.

A female elephant was also electrocuted on January 21 after it allegedly came in contact with a sagging live wire in Jujumara forest in Sambalpur district.

On December 1, 2020 a tusker was also electrocuted within Sambalpur forest division. The electrocution of seven elephants together near Kamalanga in Dhenkanal district on October 27, 2018 has been recorded as one of the biggest tragedies in the annals of India’s wildlife history.

Electrocution deaths also happen due to weak power infrastructure in the state. Live electric wires sag at many places. When elephants pass through those areas, they come in contact with the wires, said Biswajit Mohanty, an environmentalist and secretary of Wildlife Society of Odisha.

“There has been gross negligence on the part of electricity department while laying electric wires through sanctuaries and forests. They should have covered the wires passing through forests as per the guidelines of the government,” added Mohanty.

Electric wire trap poaching is a major concern and many elephants have been killed in Sambalpur, Dhenkanal, Angul , Cuttack and Keonjhar districts because of this. Inadequate patrols and lack of monitoring has also contributed to this situation.

Many forest areas have naked overhead 11kilovolt and 33 KV power lines, which should be insulated to prevent hooking by poachers, added Mohanty.

The state Forest and Environment Minister Bikram Keshari Arukha said in the state Assembly November 19, 2019 that 732 elephants died between 2009 and 2019 in Odisha and around 11 are killed in the state every year due to electrocution.